This Stick-On Sensor Can Detect and Track COVID-19 Symptoms

A small silicone patch could tell you if you're showing coronavirus symptoms early. 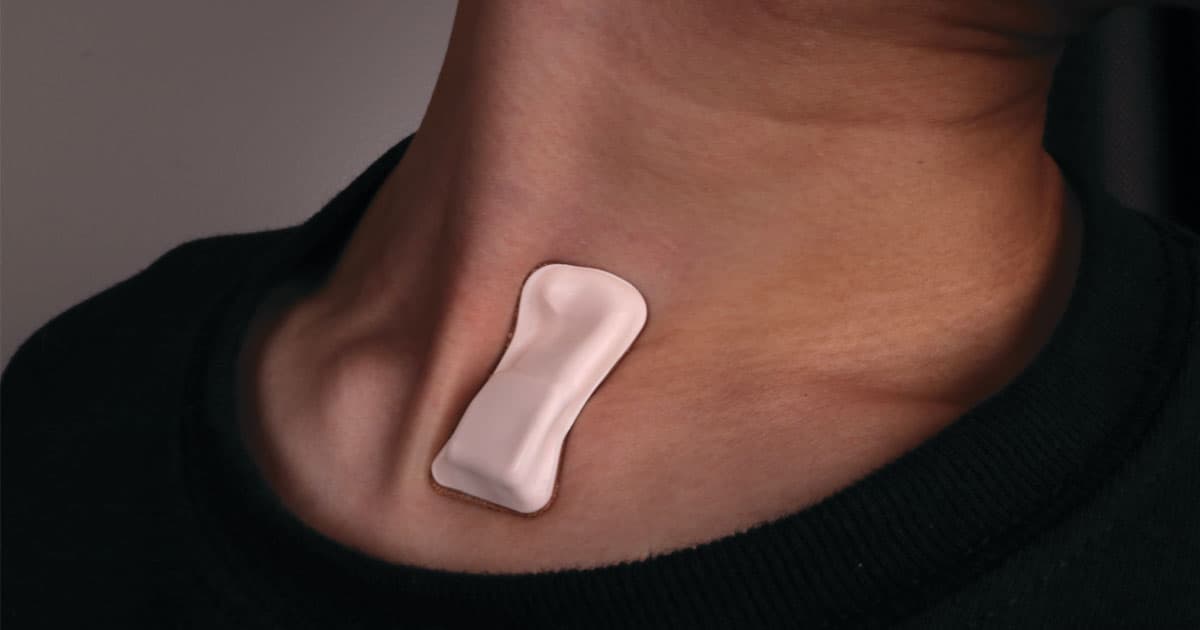 A team of researchers from Northwestern University in Chicago have developed a skin-colored stick-on sensor that can track symptoms associated with COVID-19, CNET reports.

The small device, which sticks to the base of the throat, can detect how long and how often you cough, as well as breathing problems.

"We don't use a microphone," John Rogers, director of Northwestern University's Center on Bio-Integrated Electronics, told CNET. "There are problems with microphones with ambient noise and tremendous invasions of privacy."

Instead, the team used tech not unlike the chips you'd find inside Fitbits and other fitness trackers.

"We use a high-bandwidth, tri-axis accelerometer to measure movement of the surface of the skin," Rogers added.

The patch syncs data to a smart device such as an iPad, which then uploads it to the cloud.

A different sweat sensor patch, an off-shoot project in partnership with Gatorade that spun out of Rogers' research group at Northwestern, could also help keep track of COVID-19 symptoms including fever, as IEEE Spectrum reported earlier this month.

The development of the technology is still in its early stages, with the researchers producing dozens of new patches every week to collect more data.

"I think that demands a hardware platform that is virtually imperceptible," Rogers told CNET. "Health care in general will be improved when you move from episodic monitoring of status to continuous. I've always thought that makes sense."