Delivering drugs through medicated chewing gum could be a game changer. 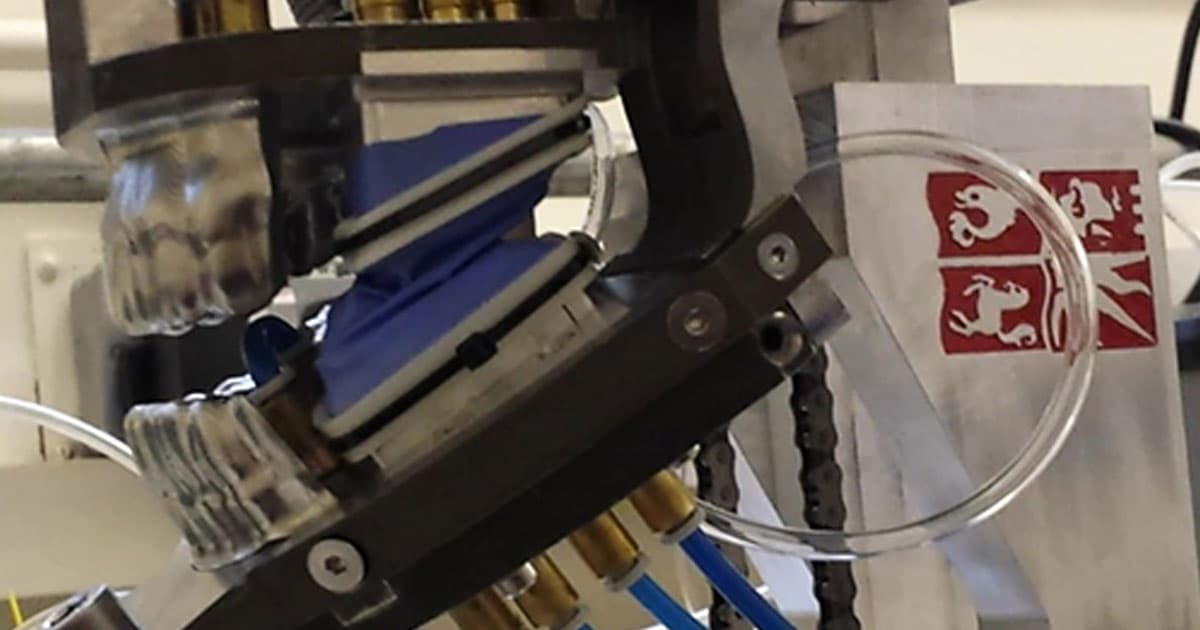 Image by University of Bristol
Devices

In an effort to devise with a standardized way to test a new advanced drug delivery method — drug-laced chewing gum — a team of researchers at the University of Bristol, UK, built a set of robot jaws that can chow down much like a human.

The robot even features artificial saliva to allow for xylitol, a common sugar substitute in gum, to dissolve.

Researchers are hopeful that adding medication to gum could one day become an easy and cost-effective way to administer drugs. But a lack of standards in testing, complexity in formulations, and changes to manufacturing have held the method back.

To come up with a standardized testing method, the team is now figuring out how to measure drug release over time in the mouth. In an experiment, detailed in a new paper published in IEEE Transactions on Biomedical Engineering late last month, the team compared how much xylitol remained in a gum after their robot jaws had a go at it versus human participants.

They found that the release rate of the xylitol was comparable between the robot and the human participants, suggesting the jaws could be a suitable analogue for testing gum as a drug delivery method.

“Our research has shown the chewing robot gives pharmaceutical companies the opportunity to investigate medicated chewing gum, with reduced patient exposure and lower costs using this new method,” Kazem Alemzadeh, Senior Lecturer in the Department of Mechanical Engineering at the University of Bristol and lead researcher, said in a statement.

Co-author Nicola West, a professor of restorative dentistry, added that such a method could “revolutionize investigation into oral drug release and delivery.”

More on chewing gum: This Electric Chewing Gum Never Runs out of Flavor

Image by University of Bristol