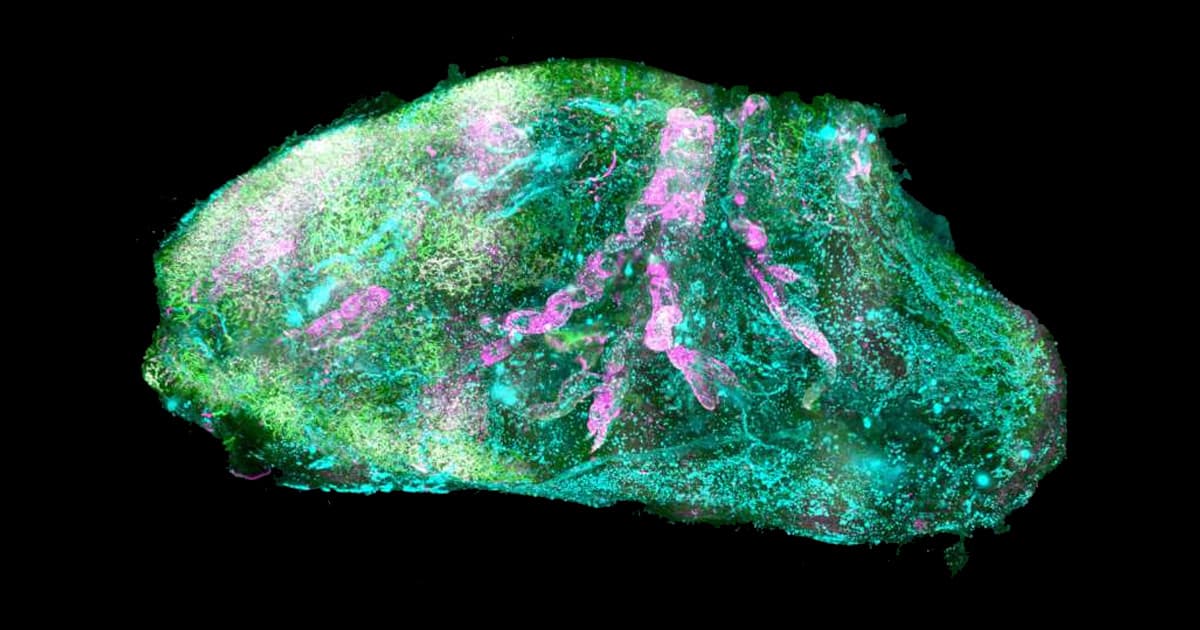 Traditionally, getting a clear answer about what's going on inside our organs has required deep cuts — literally, by slicing up tissue.

In April 2019 the process saw a revolution as researchers, led by director of the Institute for Tissue Engineering and Regenerative Medicine at the Helmholtz Institute Ali Ertürk, 3D printed transparent human organs using stem cells. Now, a team also led by Ertürk has announced in the journal Cell that they've overhauled their technique — creating stunning images of a transparent human brain, eye, and kidney.

Adult human organs tend to build up dense, light-blocking tissues, but a new combination of chemicals can bore through those tissues allowing us to see through them. The team took images using a laser-scanning microscope, and used deep learning algorithms to analyze hundreds of millions of cells in 3D. They call the technique "Small-micelle-mediated Human orgAN Efficient clearing and Labeling," or SHANEL.

"The waiting time for patients and the transplantation costs are a real burden," Ertürk explained in a press release, "detailed knowledge about the cellular structure of human organs brings us an important step closer to creating functional organs artificially on demand."