Scientists Gene-Hack Goats to Make Cancer Drug in Their Milk

Yes, you read that right. 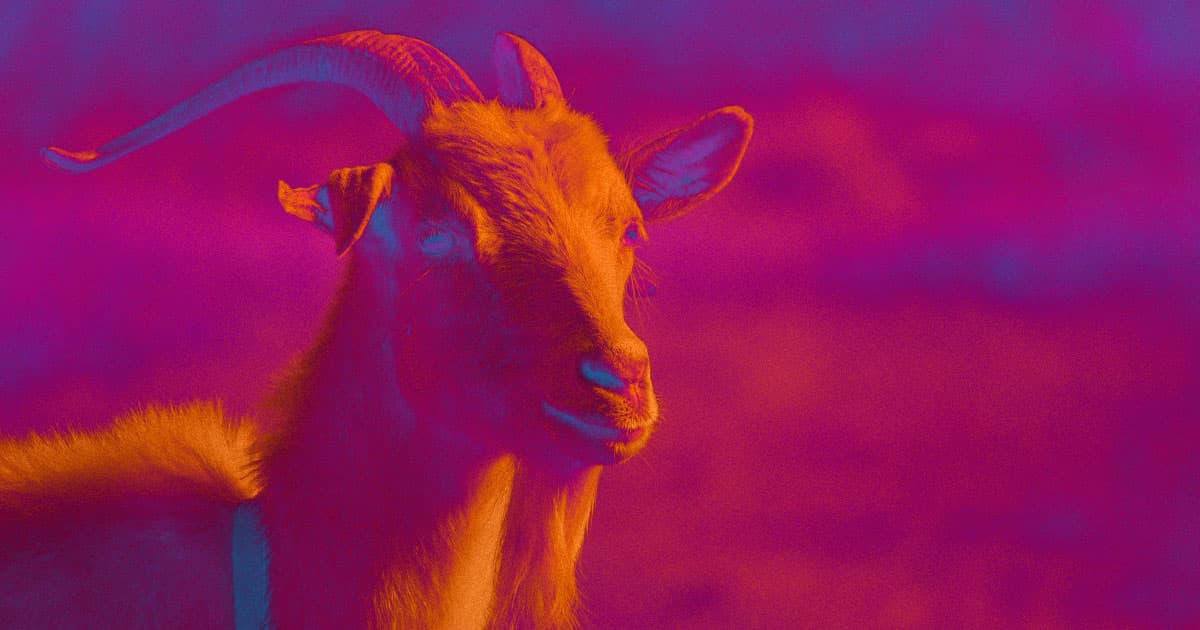 In order to drive down the high cost of cancer medications, a pharmaceutical research institute decided to try something new: genetically modifying goats to manufacture the drug instead of using a lab.

The gene-hacked goats can produce the cancer medication cetuximab in their milk, New Scientist reports. The drug, which is primarily used to treat colorectal cancer but has also been used for lung and other cancers, can cost over $13,000 per month without insurance. By mass-producing the drug in goats, scientists hope to make the treatment far more affordable and accessible for those who need it.

"It's a lot more economic to make cetuximab in animals because their mammary glands can produce large amounts of proteins," Götz Laible, the scientist leading the research at the New Zealand government-owned institute AgResearch, told New Scientist.

He added that driving down costs for both manufacturers and cancer patients is "the main driver for our research."

Cetuximab is expensive to make because it's not merely manufactured in a lab. The protein's chemical structure is so complex that pharmaceutical companies use the biological machinery in specially-modified, cultured mouse cells to churn it out instead — a slow and costly process.

While Laible and his team shared research online last week showing that goats could produce a vastly-increased quantity of the drug, they haven't yet tested whether the goat milk version is as pure and effective as the medication grown in mouse cells.

But if it works, the cancer-treating goat milk could make cancer care far more accessible and affordable — not to mention portending a future in which gene-hacked animals can churn out pharmaceuticals.

10.20.22 Cancer
Doctors Test Brain Implant That Destroys Tumors
10.17.22 Cancer
Vaccine Makers Predict We Will Have Cancer Cure "Before 2030"
10.14.22 Studies
Gut Doctors Unhappy About Study Claiming Colonoscopies Might Not Be Necessary
10.06.22 Mental Health
There's a Shortage of Adderall and People Are Seriously Suffering
9.25.22 Cancer
Virus Modified to Kill Cancer Cells Appears to Have Saved a Patient's Life