It could potentially put an end to the grisly practicing of killing billions of male chickens at birth. 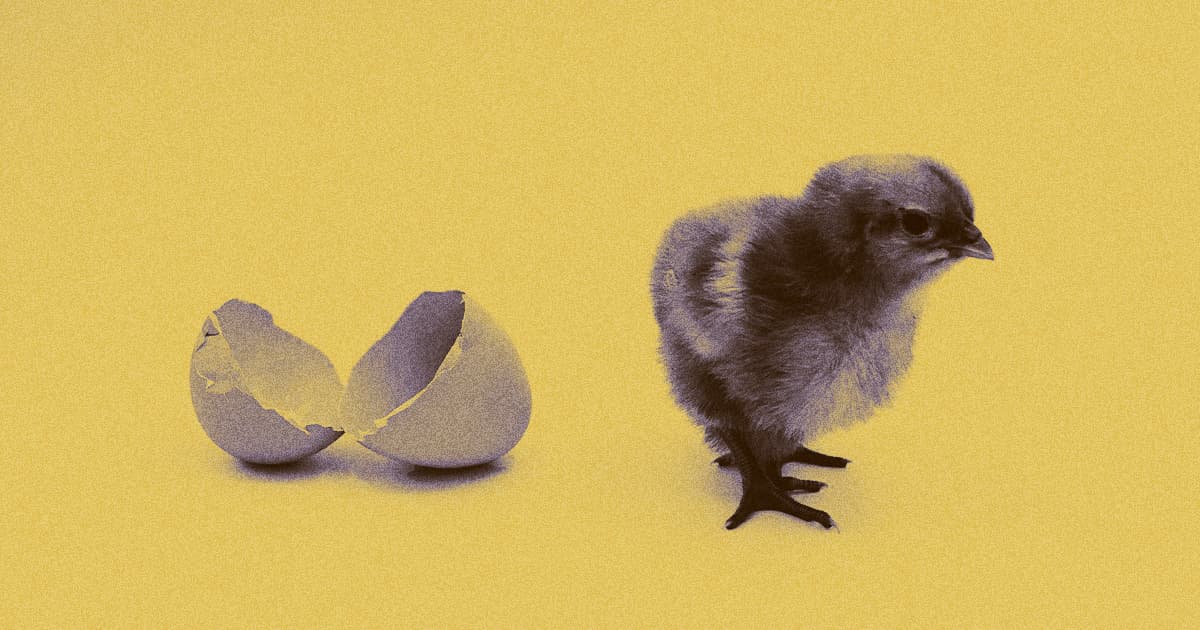 The mass culling of male chickens may eventually be a thing of the past, the BBC reports, because scientists claim they’ve gene edited hens to lay eggs which can be stopped from developing male embryos.

Since male chickens don’t lay eggs and have less meat on their bones, they’re considered less valuable than their female counterparts and are often slaughtered, a grisly practice that kills billions of chicks each year. But if you can avoid male chickens being hatched more often than needed, the thinking goes, farmers could avoid killing them en masse.

Leading the research is Yuval Cinnamon of the Volcani Institute, an agricultural research center in Israel. Cinnamon told the BBC that he thinks the gene-edited "Golda Hens" as he calls them, will be a massive boon for chicken welfare worldwide.

"I am very happy that we have developed a system that I think can truly revolutionize the industry," he told the outlet, "first of all for the benefit of the chickens but also for all of us, because this is an issue that affects every person on the planet."

As for how the technology works: in a nutshell — or eggshell, in this case — female chickens have one W and one Z chromosome (WZ). Males, on the other hand, just have two Z chromosomes (ZZ).

Scientists can gene edit the Z chromosome of a female so that when it’s paired up with another Z chromosome from a mating rooster, farmers can then blast the egg embryo with blue light for a few hours, which stops the male embryo from developing at all.

Since a female embryo takes the unedited W chromosome from its mother and the likewise unedited Z chromosome of its father, it won’t be affected.

However, Cinnamon and his team’s research remains unpublished, as they plan to license their technology. That means it hasn’t been looked at by an outside team of independent scientists, so healthy skepticism of their claims wouldn’t be unwarranted.

To their credit, the scientists’ efforts have been shadowed by the British animal welfare group Compassion in World Farming (CIWF), whose chief policy advisor Peter Stephenson has backed the validity of the apparent breakthrough.

"Normally I am very wary of using gene editing of farm animals," he said to the BBC. "But this is an exceptional case and I, and my colleagues at CIWF are supportive of it."

"The next important step is to see whether the hen and the female chicks she produces, who will lay eggs for human consumption, can go through a commercial lifespan without any unexpected welfare issues arising," Stephenson added.

If you're vegan or vegetarian, though, it probably sounds like a very roundabout way of lessening animal cruelty in farming — but it still might be a better alternative to shredding baby male chicks at birth.