All in the name of science. 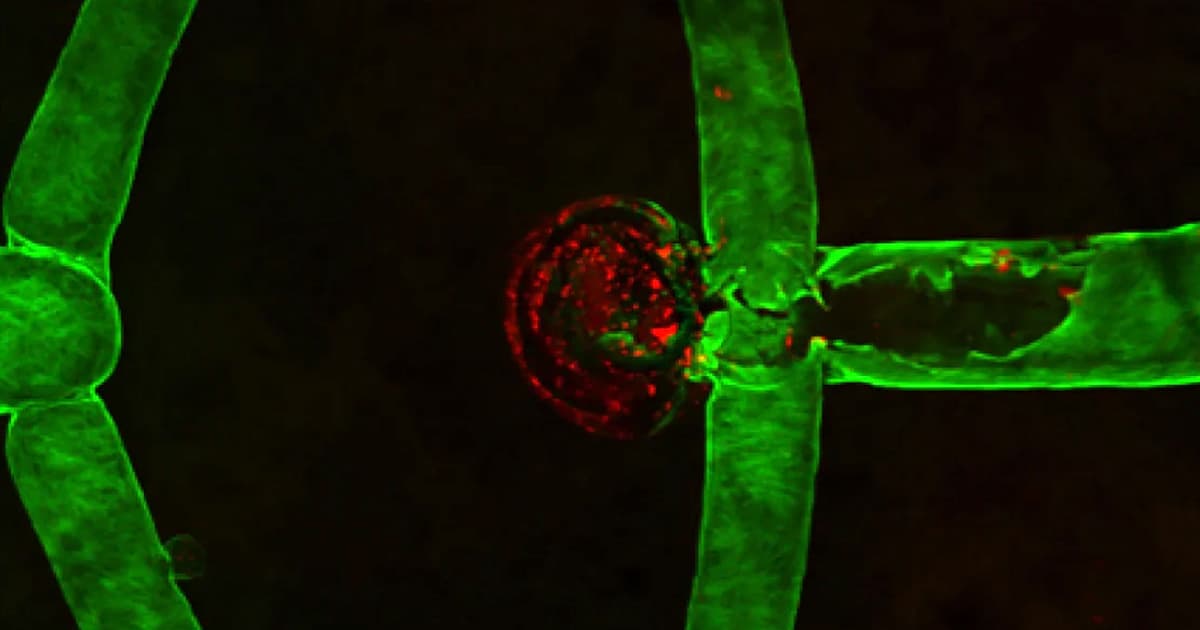 Treating an aneurysm, an often life-threatening restriction in the flow of a blood vessel in side the brain, is a high-stakes medical procedure. Even the best procedures are risky, last-ditch efforts to prevent brain damage and death.

To come up with new ways to treat aneurysms — and improve existing ones — a team of researchers at tk institution has developed what they say is the first ever living, 3D-printed aneurysm.

While it’s not the first artificial aneurysm ever created, as Science Alert points out, they say it’s the first time scientists have used human cells to create a living structure, perform a medical procedure on it, and watch it heal as it would inside a living human body.

The team created it by 3D printing blood vessels using human brain cells. They then inserted a catheter into the tiny vessel and packed it with platinum coils to stop blood flow, simulating one of the more common ways a surgeon might chose to treat an aneurysm.

By shooting blood plasma through the aneurysm where the coils were, the researchers found the area was healing by forming a blood clot.

“While there are a lot of promising treatment options, some still have a long way to go,” Monica Moya, team lead from the Lawrence Livermore National Laboratory (LLNL) and co-author of a paper about the project published in the journal Biofabrication last week, said in a statement.

“Animal models aren’t necessarily the best way to try out these options, as they lack direct observation of treatment effects and have uncontrollable aneurysm geometries,” she argued. “Having this robust, human in vitro testing platform could help facilitate new treatments.”

The researchers are hoping to use the 3D printed aneurysm to replicate a wide variety of different sizes and shapes of blood vessels that are different from person to person. In other words, they’re trying to perfectly replicate what an aneurysm actually looks like inside a range of bodies.

The team also used computational models to allow surgeons to chose the best type of coils for treating an aneurysm.

“Essentially a clinician could literally look at somebody’s brain scan, run it through the modeling software, and the software could show the fluid dynamics prior to treatment,” William Hynes, co-author also from the LLNL, said in the statement. “It also should be able to simulate that treatment and allow the practitioner to narrow down to a certain type of coil or packing volume to ensure the best possible outcome.”

“Now we can start to build the framework of a personalized model that a surgical practitioner could use to determine the best method for treating an aneurysm,” he added.

2.24.21 Genetics
Quantum Physics Can Mutate Human DNA, Scientists Say
Welcome to the quantum realm.
By Dan Robitzski / Read More >>
2.24.21 Studies
This Baby Had 51,000 Times as Much Coronavirus as Expected
An ominous case study.
By Dan Robitzski / Read More >>
2.24.21 Treatments
The FDA Says That the Single-dose Covid Vaccine Is Highly Effective
One shot of this new vaccine provides quite a bit of protection.
By Victor Tangermann / Read More >>
Keep up.
Subscribe to our daily newsletter to keep in touch with the subjects shaping our future.