Scientists May Have Found the Molecular-Level Cause for Alzheimer's 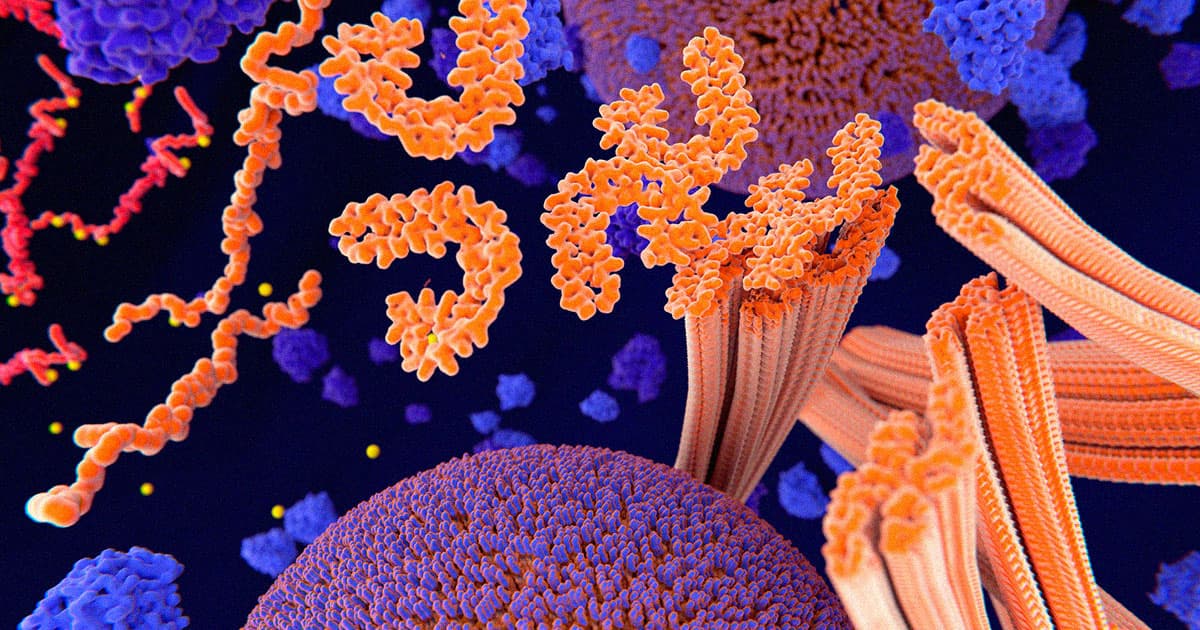 Researchers may have found the molecular-level cause for Alzheimer's disease by looking deeper into the DNA tangles in the brains of dementia patients.

New research by scientists at the University of California — Riverside indicate that the key to understanding Alzheimer's may lie in the "tau" proteins that make up these tangles, found in the brain of patients with dementia.

Doctors generally determine that a patient has Alzheimer's or dementia if they find both brain plaques and tangles inside grey matter cells. But studies suggesting that one-fifth of people with brain plaques do not experience dementia led the UCR researchers to take a closer look at the understudied tau protein in an attempt to understand why it tangles and deposits the way it does.

"Hands are isomers of each other, mirror images but not exact copies," Julian said. "Isomers can actually have a handedness."

While the proteins inside the DNA of living organisms are normally made up completely of "left-handed" amino acids, the tau proteins found in dementia patients were "right-handed," which is unusual. What's more, the tau proteins of the brain samples UCR studied — donated by people who had plaque buildups but no dementia symptoms — were only left-handed.

This microscopic revelation could have huge implications for Alzheimer's research, as Professor Julian and his team prepare to study how and why the brains of dementia patients don't "clear out" the defective tau proteins as fast as usual.

And, just maybe, it could lead to new treatments for a devastating disease.

More on Alzheimer's research: Scientists May Have Discovered the Cause of Alzheimer's Disease

6.28.22 Studies
Weirdly, It Appears the Flu Vaccine May Protect Against Alzheimer's
6.08.22 Genetics
Professors Warn That Creeps Might Start Stealing DNA From Celebs For Dark Purposes
6.07.22 Neuroscience/Brain Science
"Poisonous Flowers" in Brain May Cause Alzheimer's, Scientists Say
5.25.22 Genetics
Elon Musk Speculates About Storing All Human DNA in Database
5.15.22 Studies
Scientist Say They Might Be Able to Reverse Binge Drinking With Gene Editing