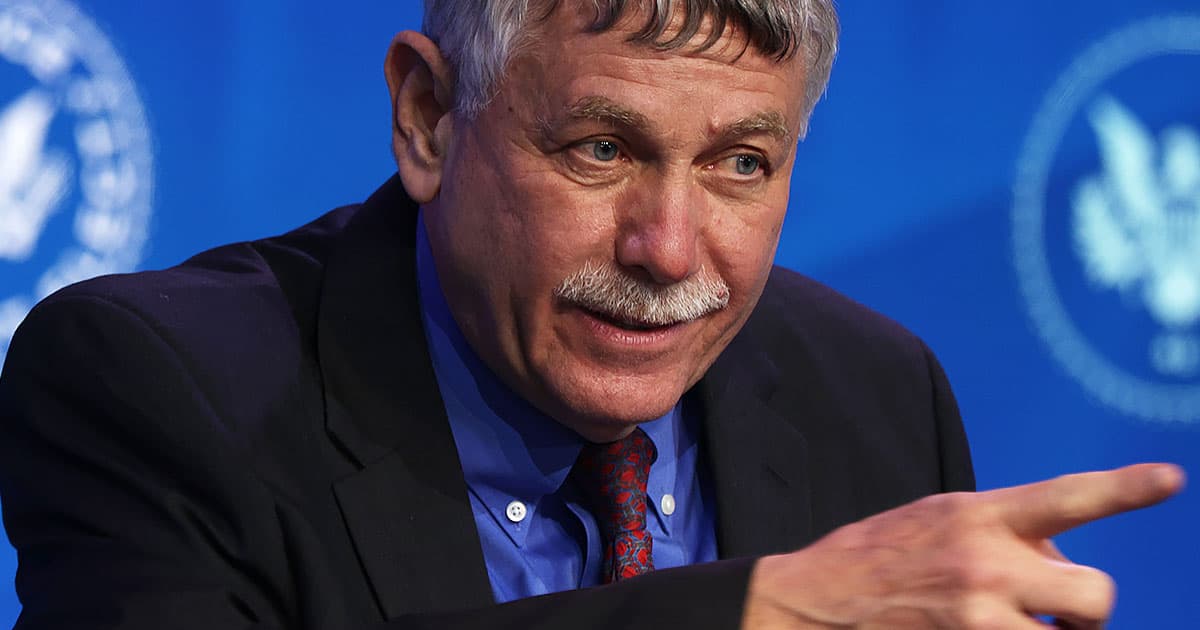 President Joe Biden's top science advisor, Eric Lander, resigned Monday night after admitting that he abused employees — an awkward look for the White House, given that Biden swore on day one of taking office last year that he would fire anybody "on the spot" if they "treat another colleague with disrespect."

Lander served as the director of the Office of Science and Technology Policy (OSTP) and has remained in office even after several White House staffers filed complaints about his aberrant behavior, first reported by Politico on Monday.

He was also in charge of rebooting Biden's "cancer moonshot" initiative, which Biden initially led while serving as vice president during the Obama administration.

But his behavior has reportedly been nothing but terrible.

Multiple women have reportedly come forward since last year, accusing Lander of mistreatment, including Rachel Wallace, who was serving as a civil servant for the OSTP last year.

Lander "retaliated against staff for speaking out and asking questions by calling them names, disparaging them, embarrassing them in front of their peers, laughing at them, shunning them, taking away their duties, and replacing them or driving them out of the agency," Wallace told Politico.

"Numerous women have been left in tears, traumatized, and feeling vulnerable and isolated," she added.

"Dr. Lander’s conduct is disturbing," Wallace's lawyer David Seide told The Washington Post. "Rachel was wrongly retaliated against. We will have more to say about this shortly."

Lander is owning up and expressing regret over his actions.

"I have spoken to colleagues within OSTP in a disrespectful or demeaning way," he wrote in a note to staff obtained by the Post. "It is never acceptable for me to speak that way. I am deeply sorry for my conduct. I especially want to apologize to those of you who I treated poorly, or were present at the time."

"Lander's apology did not come close to addressing the full extent of his egregious behavior," she told Politico. "Lander's apology was not only disingenuous. It compounded the deep hurt and damage he has caused by ignoring these other acts of aggression, harassment and retaliation."

It's a terrible look for a president who promised to put an end to abuse and bullying — especially after the Trump administration did everything in its power to undermine the validity of the scientists among its ranks during the COVID-19 pandemic.

More on Biden: Elon Musk, Who Constantly Posts About Stuff He Hates, Complains About the Media's "Relentless Hatestream"

10.20.22 Cancer
Doctors Test Brain Implant That Destroys Tumors
10.17.22 Cancer
Vaccine Makers Predict We Will Have Cancer Cure "Before 2030"
10.14.22 Studies
Gut Doctors Unhappy About Study Claiming Colonoscopies Might Not Be Necessary
9.25.22 Cancer
Virus Modified to Kill Cancer Cells Appears to Have Saved a Patient's Life
9.20.22 Developments
Biden Really Screwed Up When He Said the "Pandemic Is Over"