Day 10: The other cells still suspect nothing. 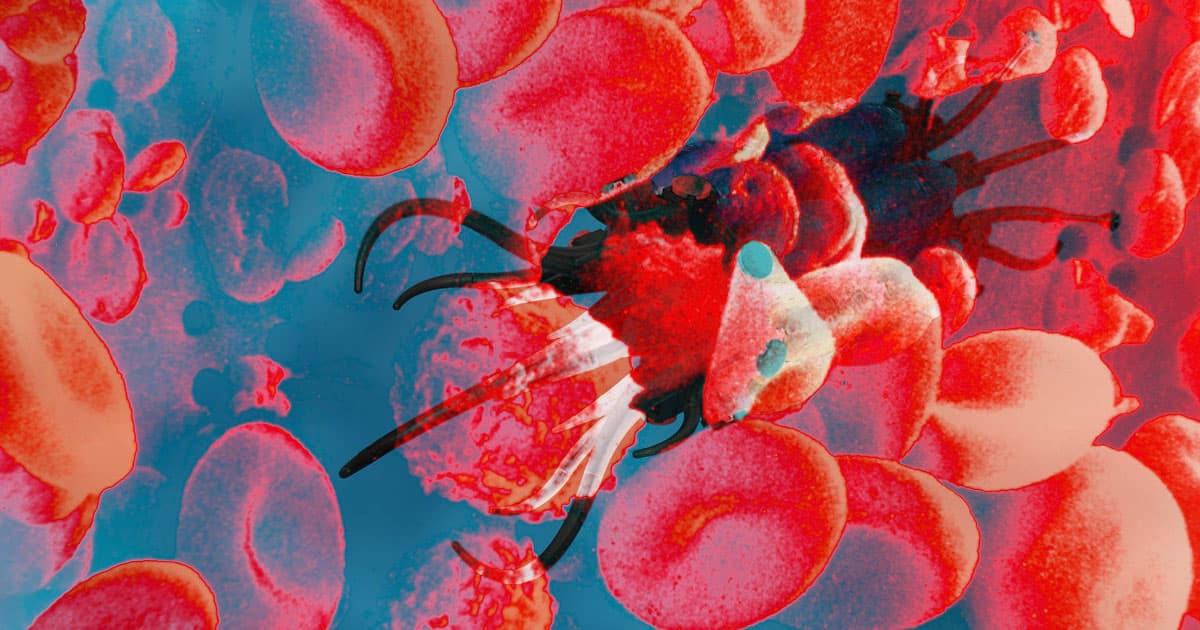 In order to find and treat cancerous tumors, a team of scientists is working on an aggressive new approach that involves a swarm of tiny, cancer-killing robots.

The idea is to inject the nanobots, which are engineered to look and travel like white blood cells, into a patient's veins and move them around inside the body with powerful magnets.

"Our vision was to create the next-generation vehicle for minimally invasive targeted drug delivery that can reach even deeper tissues inside the body with even more difficult access routes than what was previously possible," Metin Sitti, Director of Physical Intelligence at the Max Planck Society, said in a press release.

The robots are coated in nickel and gold film as well as anti-cancer medications, according to research published Wednesday in the journal Science Robotics. On the other side are specific biomolecules that let the robots identify different kinds of cells. If they spot a cancer cell, they can quickly drop their medication payload.

"Using magnetic fields, our micro-robots can navigate upstream through a simulated blood vessel, which is challenging due to the strong blood flow and dense cellular environment," Max Planck Society researcher Yunus Alapan said in the press release. "None of the current micro-robots can withstand this stream."

But the team says it will still be a long time before they can actually test the robots in humans. Especially because the techniques they used to watch and steer the robots through an artificial vein in the lab wouldn't work in a human body — they need to develop a way to actually track the robot swarm inside a person first.