Researchers Are Digging Into a Previously Overlooked Aspect of Genetics

Biologists have sought to expand their knowledge of the epigenome by studying the array of chemical notations on DNA and its protein scaffold, which regulates the expression and silencing of genes at the cellular level. Epigenomics helps to explain how cells differentiate despite their identical DNA. For example, how heart cells, neurons, and fat cells maintain their individual identities.

Back in 2008, research scientists Chuan He and Tao Pan began collaborating on epigenetic research. At the time, the most existing work in epigenetics focused on the tags associated with DNA. But there were also over 100 different chemical marks associated with RNA — and no one knew what they did. He and Pan thought RNA marks might be reversible, which could potentially be utilized as a new way of controlling gene expression. This in turn might lead to new treatments for diseases in which gene expression plays a substantial role, such as cancer.

In 2009, they began their search for reversible RNA marks and the proteins that silence them. Today, that line of research has led to our current understanding of the epitranscriptome, the ensemble of functionally relevant changes to the transcriptome. For example, He and others have discovered that a methyl group attached to adenine in RNA has a central role in cell differentiation. This means it could contribute to the development of a number of conditions, such as obesity, cancer, and others. The same chemical mark has also been found on adenine bases in DNA, which makes He and others believe that the epigenome may be far more fruitful from a research perspective than researchers previously thought.

“I think we’re approaching a golden age of epigenomics and epitranscriptomics,” says Christopher Mason, a geneticist at Weill Cornell Medical College in New York City. “We can actually start to see all these modifications that we knew have been there for decades.” 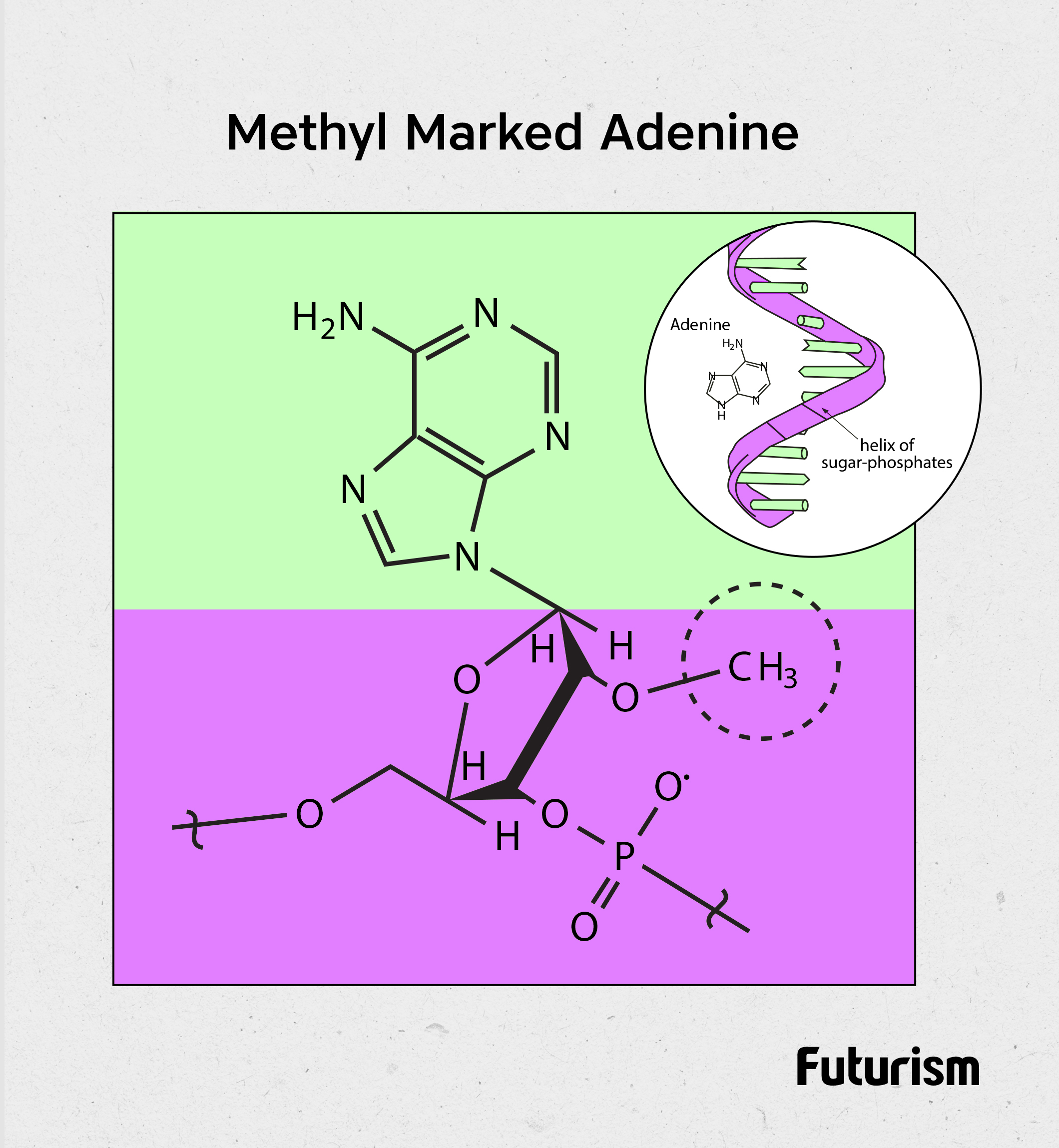 Science’s improved understanding of gene expression will have a tangible impact on healthcare and the treatment of genetic disorders, because misplaced epigenetic marks are often found in diseased cells. He and his team believed that these marks might be dynamic — responsive to both the environment and to treatment. This had the potential to change how the genes were expressed. Additional research conducted since that time managed to prove He and his team correct.

In December 2016, researchers at the Institute of Molecular Biology (IMB) and Johannes Gutenberg University Mainz (JGU) revealed that m6A RNA modification is important for brain function in Drosophila — and possibly in humans as well. Their research suggests new avenues for work in vertebrates, including humans. In early March 2017, researchers announced that they had successfully built functional DNA motors inside cancer cells which operate only when triggered by target MicroRNA “key” molecules. This could aid in earlier detection of cancer at the cellular level, before symptoms arise, and streamline drug delivery to only sick cells.

“I think we’re approaching a golden age of epigenomics and epitranscriptomics.”

Also in early March 2017, a study at the MD Anderson Cancer Center at the University of Texas revealed new hope for treating acute myeloid leukemia (AML) — a fast-growing cancer of blood cells and bone marrow which is the second most common type of leukemia in adults and children. The findings show that a component in the protein ENL “reads” a histone modification called acetylation. Acetylation and other histone modifications act like reader protein docking sites and provide the opportunity for specific proteins and modifications to influence biological outcomes. The research team in this case used CRISPR to deplete ENL and found that the depletion led to suppression of leukemic growth.

There is every reason to believe that these breakthroughs will be just the first of many. Tel Aviv University geneticist Gideon Rechavi, who was involved in the mapping of m6A, comments: “We are only in the beginning of the story. It’s like the most exciting time to be working in the field.”

Share
FB
TW
EM
LK
More to read
1.
When Will We Successfully Reverse Aging?
2.
Researchers Want to Regulate Your Genes to Help You Defeat Cancer
3.
Researchers Have Found a “Reset Button” for Aging Cells
4.
Forget Mammoths, We Could Bring Dinosaurs and Neanderthals Back to Life
5.
There’s More to Cancer Than Just Genetic Mutations
////////////