There's no denying it: this kind of intervention saves lives. 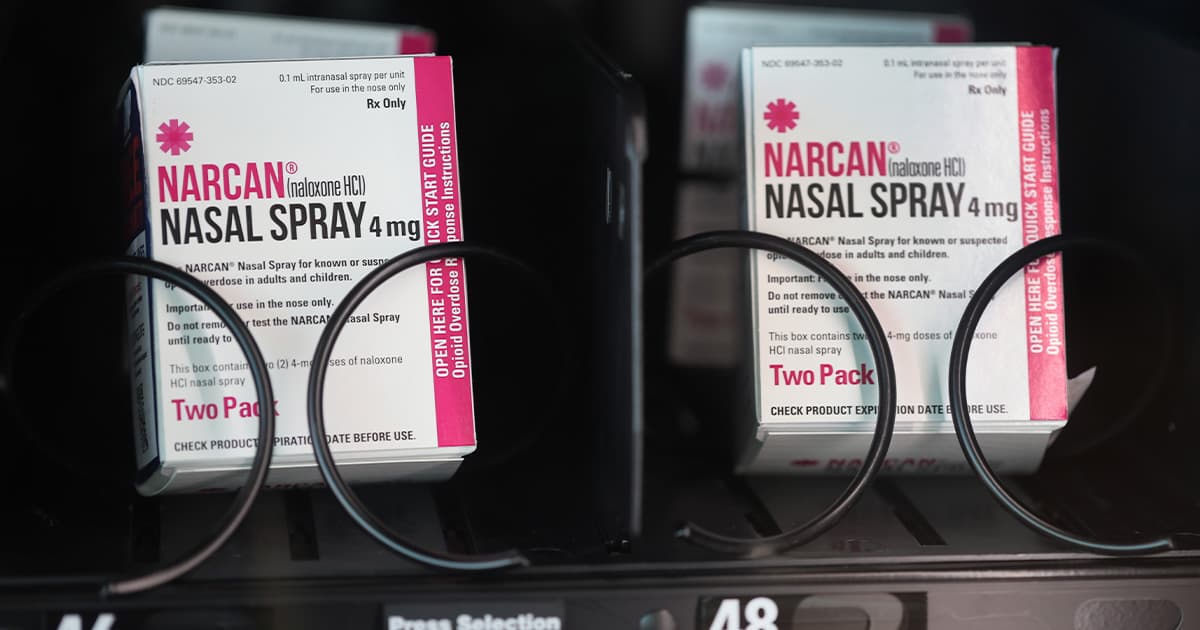 A researcher in Ohio says that a vending machine that dispenses naloxone has prevented a substantial 960 overdoses in less than two years.

A University of Cincinnati press release about the vending machine, examined in a paper published last month in the Journal of the American Pharmacist's Association, described how medical professionals and students at the school partnered with Caracole, a local HIV/AIDS service organization, to bring a vending machine that distributes naloxone to their city in early 2021.

"Would it be ideal if everyone wanted to simply stop using drugs altogether? Yes, but that's not reflective of reality," said UC researcher and paper author Daniel Arendt. "In the end, there isn't anything more you can do to help a person if they die from an overdose during the course of their use."

While these sorts of self-service interventions have been demonstrated to work in Europe, Arendt said that when the experiment commenced, only two other US regions — Las Vegas and Puerto Rico — had similar installations. More recently, other cities including the Indiana cities of Muncie and Indianapolis, Winston-Salem, North Carolina and Ann Arbor, Michigan have followed suit.

The vending machine also dispensed fentanyl test strips, and of the two-thirds of Caracole clients who said they detected the deadly substance in their drugs using those strips, 75 percent said they either threw away their supply or reduced their intake, potentially saving even more lives.

The vending machine does require some small hurdles to use. In order to access the vending machine's code input, clients had to call Caracole — implying the need for a phone, which some people might not have access to — to enroll in the program. The codes are good for 90 days, at which point if they want to regain access to the machine, they have to reenroll.

Still, the machine dispensed more than 3,000 doses of naloxone and 10,000 fentanyl test strips in the first year after it was installed in February 2021, to more than 900 people — 16 percent of whom said they'd never used any kind of harm reduction resource before.

The press release notes that even as overdose deaths increased by 15 percent nationwide in 2021, they actually decreased by 10 percent in that time period in Hamilton County, the county where Cincinnati is located. While Arendt cautions that there's no way to attribute that definitively to the introduction of the easily-accessible naloxone and fentanyl testing resources, he believes it did contribute.

He was unable to include clean syringes in the test kits due to Ohio laws that require jurisdictional approval, he said, which only the center's in-person services are legally able to provide.

"Not only was this a relatively novel concept, but it showed that even when you’re not able to include syringes, including these other things in the vending machine is helpful enough on its own," Arendt added. "Even in states where that is too much of a legal hurdle for you to get through, you can still have an intervention that is safe and effective."

More on harm reduction: Addiction Researcher Says It's Okay to Do a Little Heroin, as a Treat

Image by Scott Olson via Getty