Evidence for the correlation between pregnancy and murder is growing. 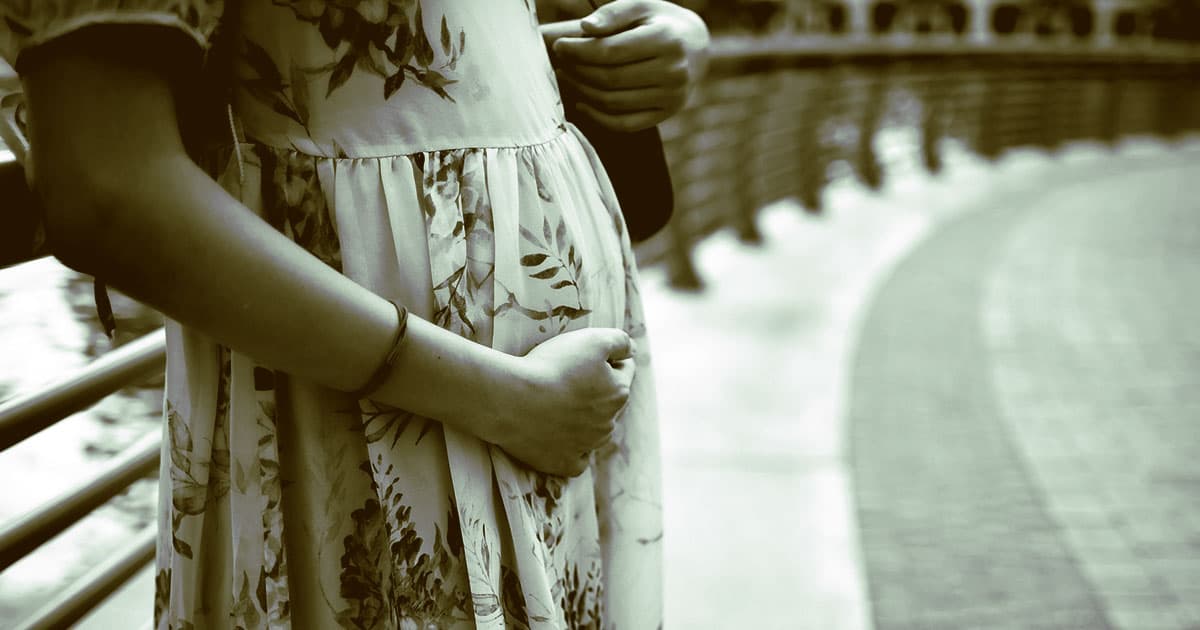 A gruesome new study finds that not only are pregnant women in the United States more likely to die by homicide than maternal illness, but that they are most likely to be killed by their partners.

The new study, in which researchers used death certificates to examine causes of death, is far from the first of its kind — but it's still an important step in getting at the root causes behind intimate partner violence.

“For more than 20 years, researchers have been talking about pregnancy-associated death and homicide of women," Phyllis Sharps, a nurse-scientist at Johns Hopkin's School of Nursing, told Nature.

Another of the alarming results of the Tulane University study, published in the journal Obstetrics & Gynecology, confirms what social workers have known for decades: that pregnancy itself seems to carry an increased risk of intimate partner violence.

Nature noted that "becoming pregnant increases the risk of death by homicide: between the ages of 10 and 44 years, women who are pregnant or had their pregnancy end in the past year are killed at a rate 16 percent higher than are women who are not pregnant."

While several previous studies have highlighted the correlation between pregnancy and homicide, Nature's summary of the study notes that a substantial institutional hurdle prevented researchers from more authoritatively declaring homicide a leading cause of death among pregnant women.

Until 2003, the United States didn't require death certificates to include information as to whether or not a person was pregnant or had recently given birth, which meant that tracking the deaths of pregnant people would have been nigh-impossible. Even after the government began requiring this critical information, it took fifteen years for all the states to implement the requirement. The Tulane study is the first on maternal homicide to be undertaken since 2018, when all 50 states had finally implemented the pregnant-or-not death certificate requirement.

As with most healthcare outcomes, Black women are, according to the study, at an even greater risk of being killed while pregnant than while not pregnant, and are 2.5 times more likely to die "of obstetric causes" than their white counterparts.

Along with race, age appears to also have an undue influence on maternal homicides as well, with women and girls between the ages of 10 and 24 being more likely to be murdered than older pregnant women.

As Tulane reproductive epidemiologist Maeve Wallace put it to Nature, "it's an age and race story."

The biggest question that remains when looking at this horrific data is, of course, why there's an apparent correlation between being pregnant and being murdered. While medical and police racism may explain why pregnant women of color are less likely to seek help in cases of intimate partner violence, the underlying causes still appear to elude researchers.

Read more: "Homicide is a top cause of maternal death in the United States" [Nature]