Researchers Built a Powerful Robot Arm to Do Colonoscopies 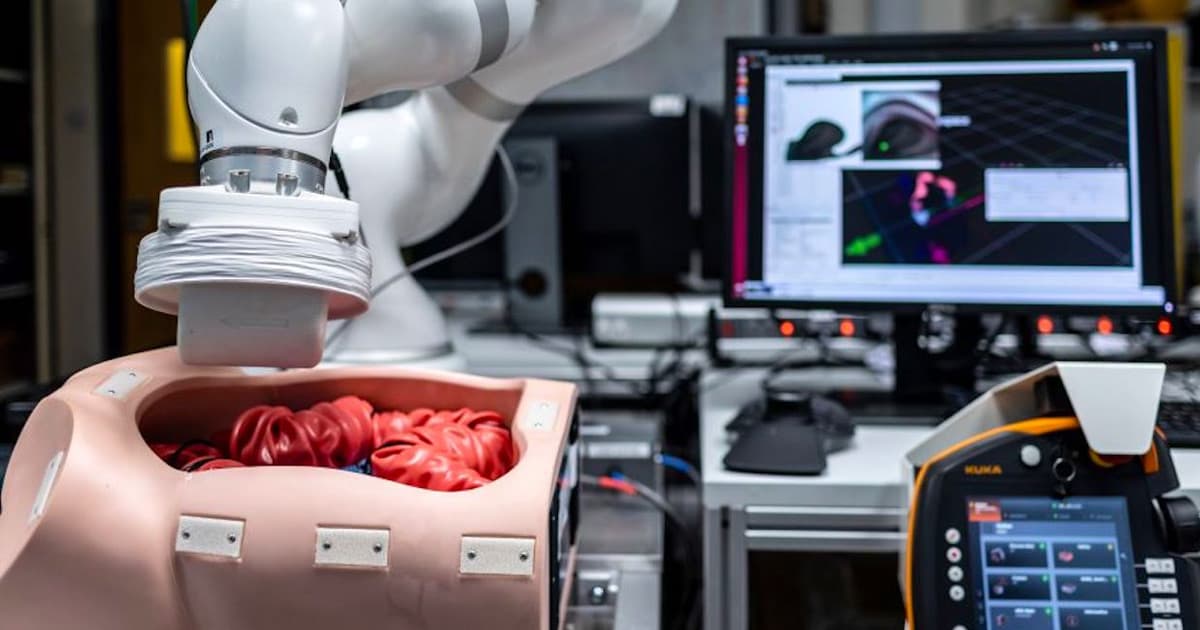 In an attempt to make colonoscopies less unpleasant, a team of University of Leeds scientists has developed a new robotic arm that takes the deed out of a human doctor's hands.

There are probably few things that sound more horrible than a robot colonoscopy, but the scientists tell New Scientist that the autonomous machine learning-trained system may actually be able to better guide an endoscope during a procedure than human doctors, who might sometimes fumble at the controls.

"Gastroenterologists often lose sense of where up, down, left, and right is," lead author and Leeds scientist Pietro Valdastri told New Scientist.

By contrast, scientists need only urge the colonoscopy robot onward with a joystick while it handles the steering itself, a system that Valdastri likened to playing a video game.

"The algorithm is looking for a black circle in the middle of the image," Valdastri added. "That black circle is the direction where the tip of the instrument needs to go."

For now, the robot hasn't actually performed a human colonoscopy, practicing instead on artificial colons and anesthetized pigs, according to research published Monday in the journal Nature Machine Intelligence.

But Valdastri plans on testing the robot on five brave human volunteers soon, New Scientist reports. And if all goes well, he says that the experience could become so smooth that colonoscopy patients no longer even need to be put under during the process.

More on colonoscopies: Swallow a Small Device and it'll Scrape Your Gut Bacteria for Signs of Trouble

Image by STORM Lab/University of Leeds