People With Half Their Brain Removed Are Doing Surprisingly Well

"They have intact language skills. When I put them in the scanner, we made small talk, just like the hundreds of other individuals I have scanned." 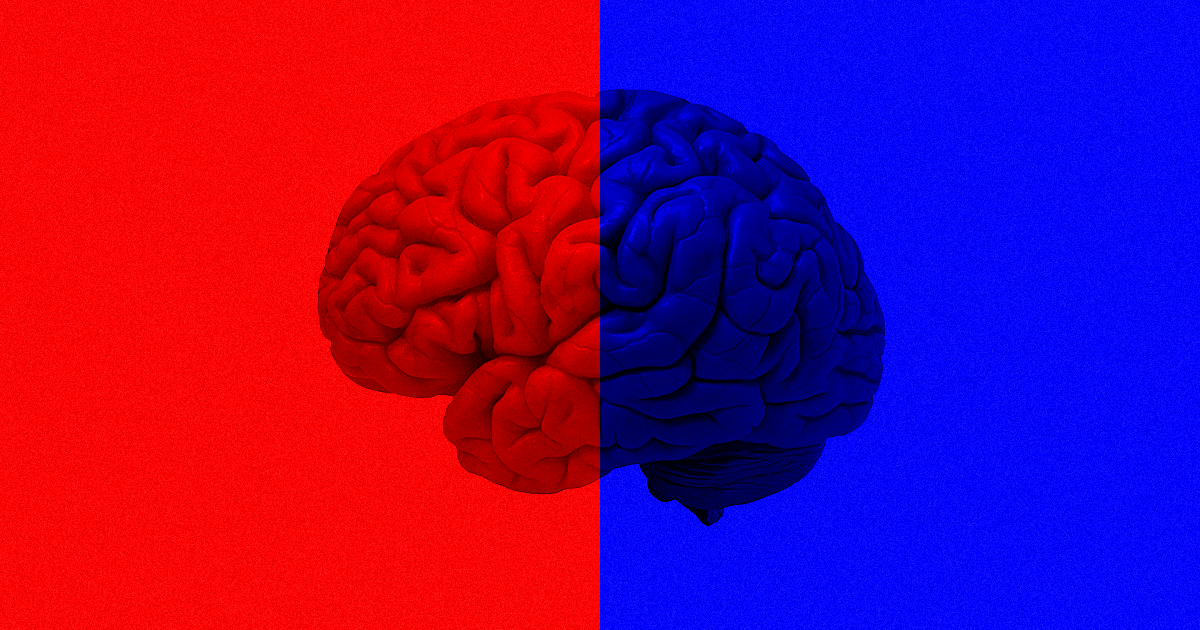 One of the greatest marvels of the human brain is neuroplasticity — the ability to restructure itself and adapt if chunks get damaged or removed.

Now, a new study reveals that neuroplasticity is more powerful than previously believed. In some cases, adults who had half of their brain taken out as children, in a procedure called a hemispherectomy, are living regular lives — and can have stronger neural connections than those who still had the full thing.

If scientists can figure out how that came to be, they may uncover new treatments for strokes or other forms of brain damage.

The new study examined the neural function and connectivity of six people, all now in their 20s and 30s, who underwent hemispherectomies between the ages of three months and 11 years, HealthDay reports. The procedure — which involves slicing the brain down the middle and taking out an entire half — is an extreme but not unheard-of treatment for children with violent, frequent, and dangerous seizures.

Hemispherectomy patients have long been known to lead normal lives after the procedure, but the piecemeal case studies didn't reveal the extent to which the brain was able to recover. The California Institute of Technology doctors behind the new study, which was published Tuesday in the journal Cell Reports, say they were surprised at just how well the halved brains adapted and reorganized themselves over time.

"The people with hemispherectomies that we studied were remarkably high-functioning," CalTech researcher Dorit Kliemann said. "They have intact language skills. When I put them in the scanner, we made small talk, just like the hundreds of other individuals I have scanned."

"You can almost forget their condition when you meet them for the first time," Kliemann added.

READ MORE: They Had Half Their Brains Removed. Here's What Happened After [HealthDay]

Image by _DJ_ via Flickr/Victor Tangermann