They removed a mass of seizure-causing blood vessels from the patient's brain — while she was still awake. 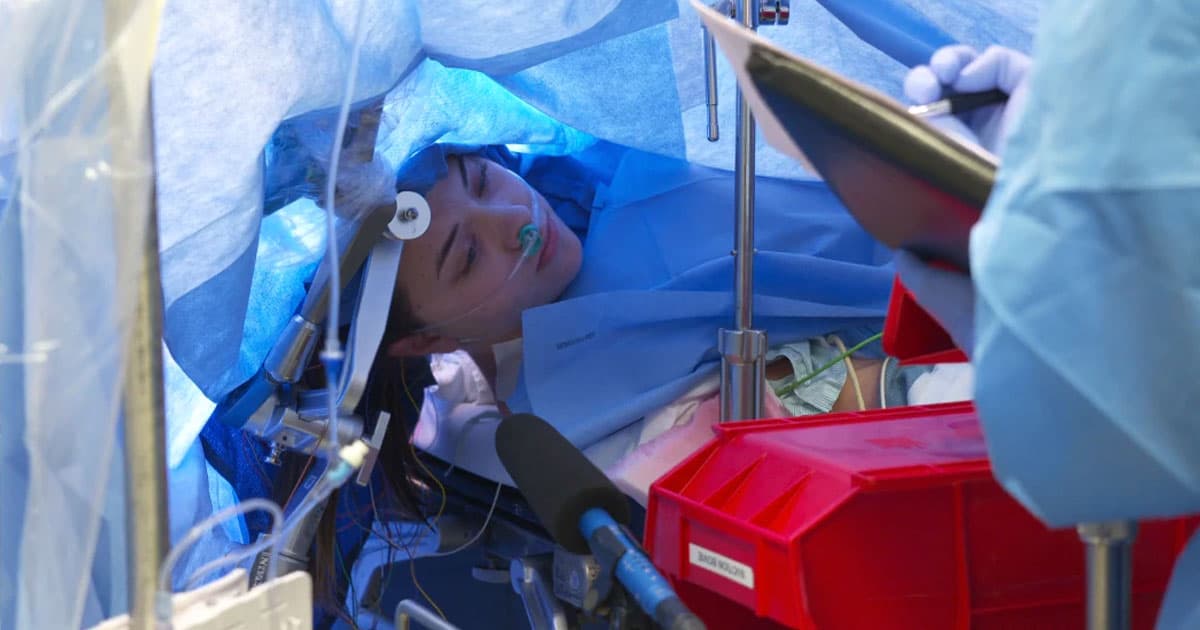 On Tuesday, doctors performed surgery on a woman's brain — while thousands of people watched on Facebook Live.

Jenna Schardt was the person under the knife — and in the spotlight — during the livestreamed brain surgery at Methodist Dallas Medical Center. She needed a mass of seizure-causing blood vessels removed from her brain, and when the hospital approached her about streaming the procedure via Facebook Live, she was more than willing.

"[Jenna] wanted to show the rest of the community if you have this problem you can fix it," Nimesh Patel, the hospital's chief of neurosurgery, told The Guardian. "She was a role model for us, and we supported her because of that."

The stream didn't show any of the bloody bits of the surgery, as that could have violated Facebook's policy against streaming graphic content. But it did show Schardt awake in the middle of the procedure.

Thankfully, that wasn't an accident caused by too little anesthesia — the surgeons needed their patient to be awake so they could ensure they didn't disrupt any parts of her brain responsible for speech or movement.

"If we go into the wrong spot, that could cost her the ability to speak, so that's why we have to map out the speech areas first before we go on," Bartley Mitchell, Schardt's neurosurgeon, told NBC News. "We have to physically map them out on the brain while she's awake and talking to us."

The Guardian noted that the 45-minute-long video racked up more than 45,000 views and 1,000 comments by the time it ended — and based on some of those comments, Schardt's experience did help others, just as she had wanted.

“Watching this surgery has given me hope about my future similar left temporal lobe surgery," one viewer commented, according to The Guardian.