New Device Lets People Who Are Blind "See" in Infrared

It even gives you vision in complete darkness. 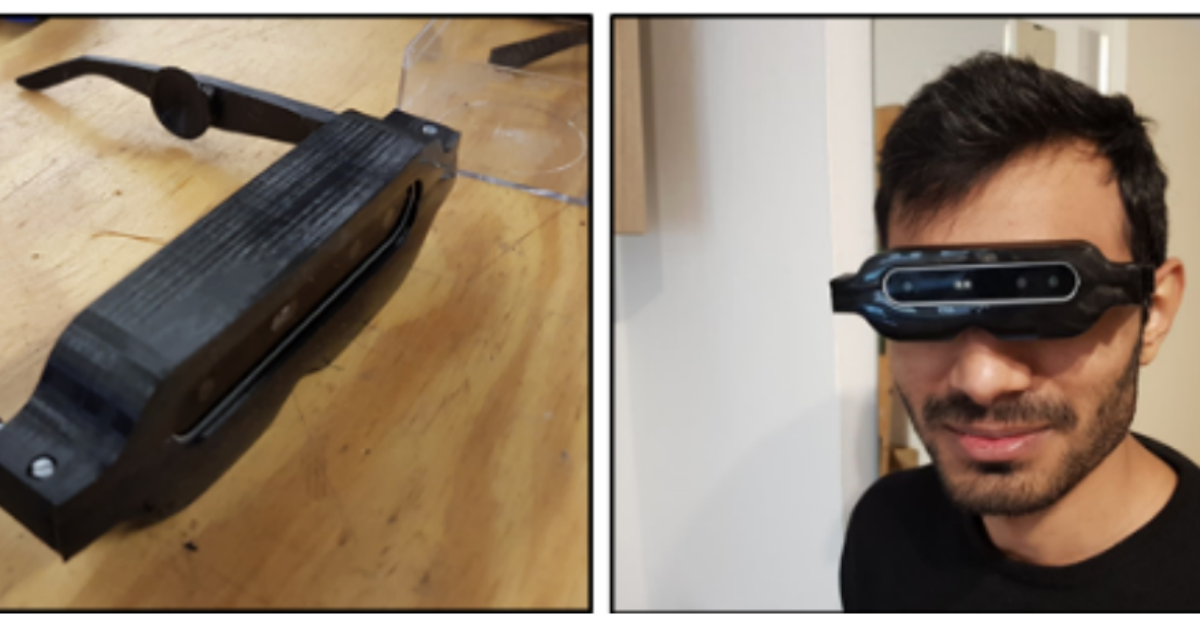 Watch out, Matt Murdock — there may be a new Daredevil in Hell's Kitchen soon enough! While Murdock's superhero character relies on super hearing, taste and electrical impulses to see because he is blind, IRL folks with low vision may soon have access to a new pair of goggles that uses infrared technology to assist in navigating the world around them.

"Even in the present era, visually impaired people face a constant challenge of navigation," the pair wrote in their study. "The most common tool available to them is the cane. Although the cane allows good detection of objects in the user’s immediate vicinity, it lacks the ability to detect obstacles further away."

Zahn's design uses a pair of infrared cameras inserted in 3D-printed prototype goggles to capture a stereoscopic image that a small computer uses to create a map of the surrounding area. Because it uses infrared, the goggles work even in the dark. The setup's armband uses 25 actuators in a grid that vibrate to help users understand how close objects are, as well as how they're oriented. If a user walks towards an obstacle, the vibration intensity of the respective actuators gradually increases.

In testing, volunteers enjoyed as much as 98 percent accuracy while navigating planned obstacle pathways. All five participants were able to complete the obstacle route in the first run. After three runs, they all showed improvement and got faster over time.

Zahn and Khan's paper frequently use Microsoft's Kinect, a motion-detection system that adds additional features to Xbox games, as a point of reference. Both are confident their camera and setup will be smaller, less conspicuous and cheaper to build than a Kinect.

It's an intriguing idea for people with low vision. Some rely on apps where volunteers describe the item they're holding, and some apps give a general description of items in the room. But the effectiveness of this new headset combined with the fact that it doesn't use headphones or block out other senses makes it sound pretty sweet. Let's hope it comes to market soon!

More on advanced eyewear: Augmented Reality Eyewear is the Future, and Not Too Far Away