"I found that it's sped up the process of me being able to regain walking function." 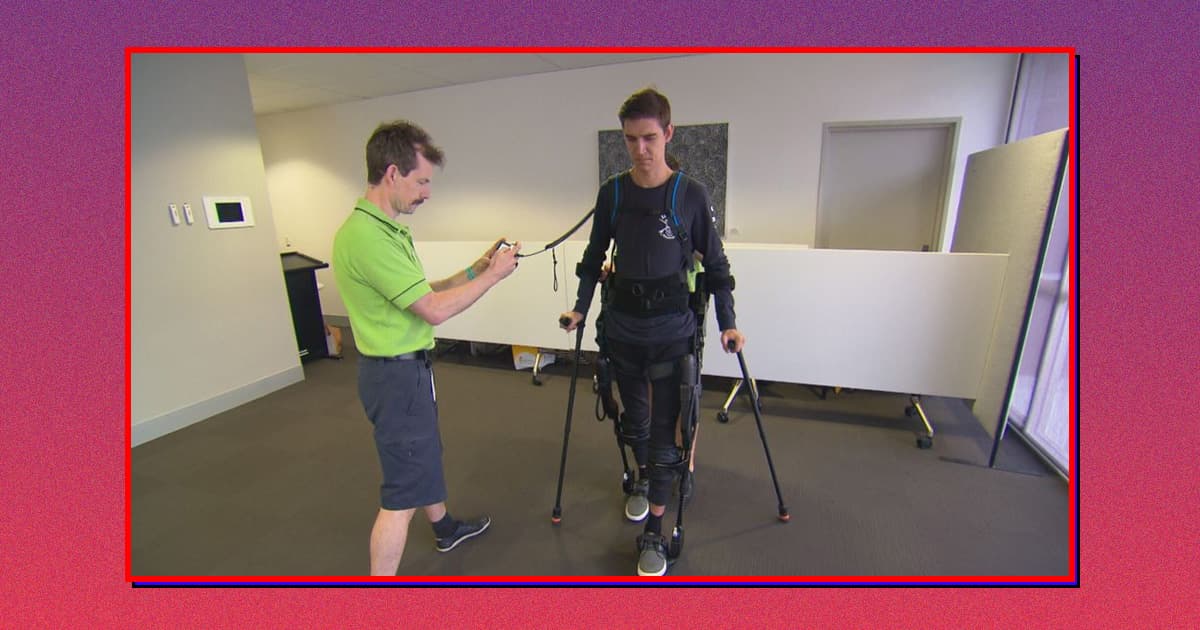 An Australian soccer player who now has quadriplegia after an injury on the field is walking again thanks to a robotic exoskeleton that's helping with his rehabilitation.

Australian Football League player Shaun Greentree collided with another player and fractured three of his vertebrae in October, Australia's 9News reports, leaving him paralyzed and unable to walk. Now, he's one of the first people in the country to use the exoskeleton as he learns to get back on his feet.

"I found that it's sped up the process of me being able to regain walking function," Greentree told 9News.

The system, an EksoNR device built by Ekso Bionics, is designed to help regulate the wearer's gait and improve their balance. While its powered robotic components can help make it easier to move one's legs, its various settings can help physical therapists train patients to gradually support themselves, providing support and balance while they walk around of their own volition.

Meanwhile, it provides real-time biometric data and performance updates to the staff at Royal Rehab, where Greentree is undergoing rehab. That allows psychical therapists to gauge how Greentree is doing without needing to keep their hands on him to feel his balance for themselves while also helping them perform more targeted care.

"We can get him to work for longer and for harder during the therapy," Jason Redhead, a senior physiotherapist at Royal Rehab told 9News. "Having the feedback is amazing so that we can we can really focus on a key task or key movement."

Aside from spinal cord injuries, the robotic system can also help people recover from a stroke or manage symptoms from neurological conditions like Parkinson's disease, according to 9News. As such, Royal Rehab has big plans to adopt the technology into their usual treatment regimens as they get more exoskeletons shipped over from Ekso Bionics.

"This is only the start," Royal Rehab CEO Matthew MacKay told 9News. "We are going to turn a large space of this current building into something the likes of Australia has never seen before."