India is in the midst of a horrific new surge in cases. 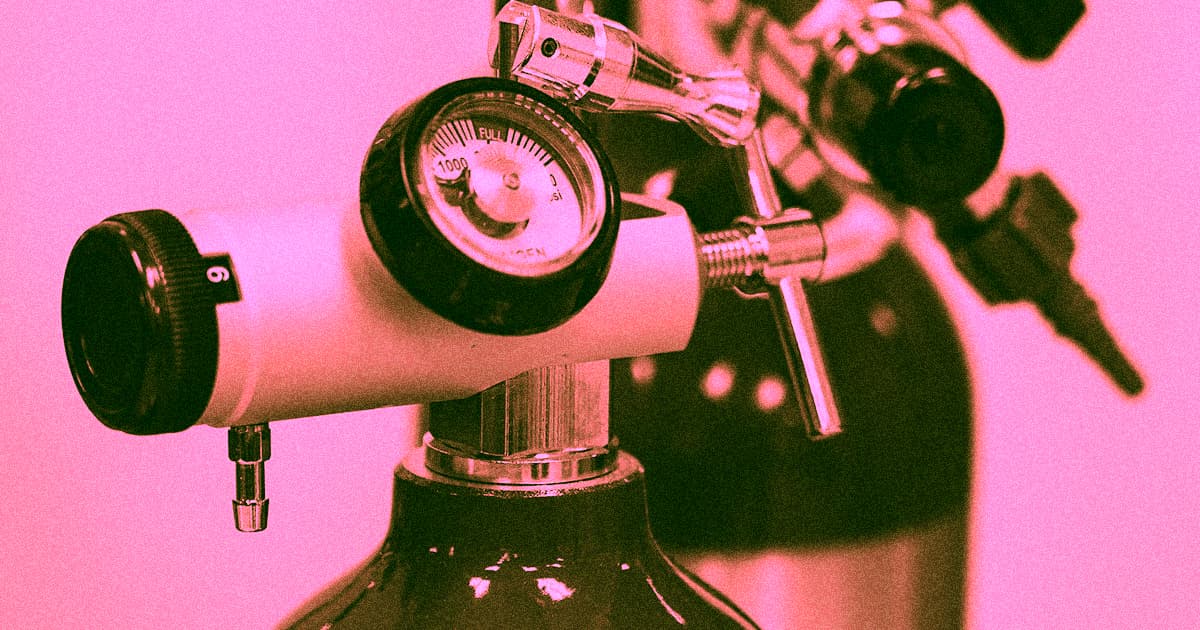 Over 20 people died on Wednesday after a hospital in Maharashtra, India ran out of the oxygen it needed to support dozens of critically ill COVID patients.

India is currently in the midst of a horrific wave of new coronavirus cases — the country reported 300,000 new infections on Wednesday alone — that's pushing health networks and hospitals to the absolute brink, The New York Times reports. Hospitals in India have been barely managing to stave off oxygen shortages all week, sometimes coming within mere hours of running out like the Maharashtra hospital just did.

"Nobody imagined this would happen," a medical adviser to the Maharashtra government named Subhash Salunke told the NYT.

The situation mirrors a similar crisis from earlier this year in Egypt, when every ventilated patient in a hospital's intensive care unit died because oxygen levels dipped too low to keep them alive, suggesting that critical supply chain weaknesses are still posing a threat in the ongoing global fight against COVID-19.

India is in a grave situation right now as new coronavirus cases around the world hit their all-time highest numbers. Prime Minister Narendra Modi said that lockdowns will only be used as a last resort, according to the NYT. But individual state and local governments are declaring their own stay-at-home orders in order to try and curb the overwhelming wave of new COVID-19 cases and to help make it possible for hospitals and medical staff to stay on top of the dire situation.

So far, India has administered 127 million vaccine doses to 109 million people, according to the BBC. The country was on track to have one of the fastest rollouts in the world, but surging infections and local shortages have caused serious problems, with many second doses being delayed.