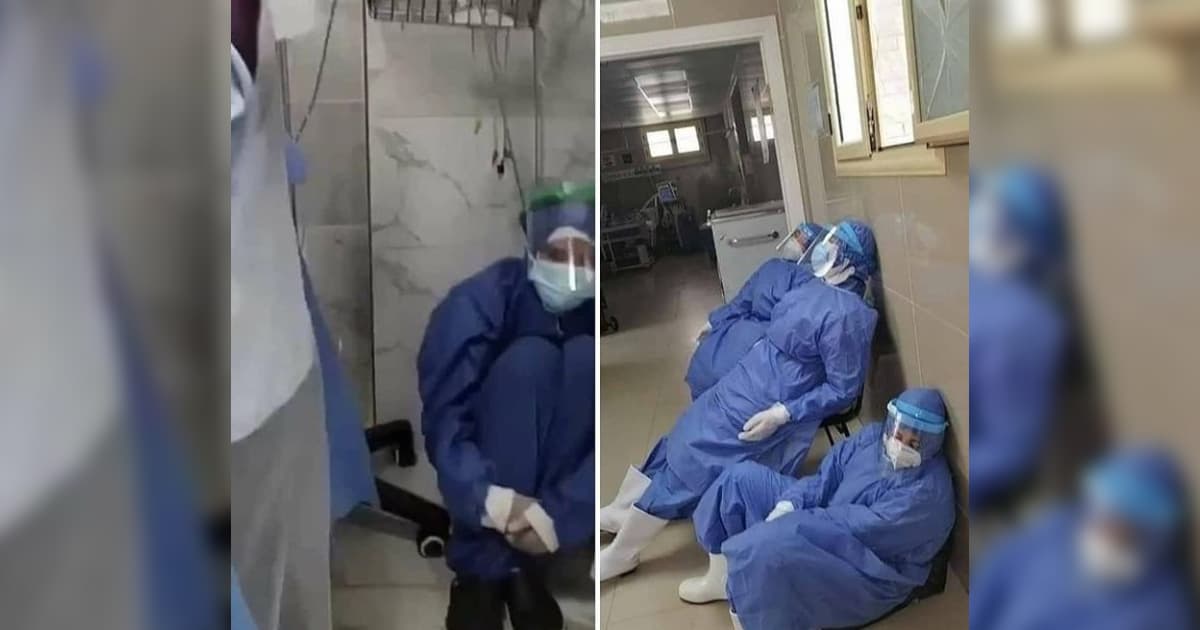 Every coronavirus patient in the intensive care unit of Egypt's Al-Husseiniya Central Hospital reportedly died on Saturday after the ward ran out of oxygen.

The tragic event, caught on camera by a patient's relative, happened when oxygen levels dropped to about two percent of capacity, according to the Middle East Monitor. There wasn't enough oxygen and air pressure to continue treating the COVID-19 patients, so each of them reportedly passed away.

This is the second time that every patient in an Egyptian ICU has died because of depleted oxygen supplies, following a similar incident at Zefta General Hospital just hours before, the Middle East Eye reports.

Meanwhile, Egyptian officials deny the Al-Husseiniya Central Hospital incident, arguing that only four patients died and that they were all died "naturally" from causes like chronic disease rather than an oxygen shortage, according to the MEE. Meanwhile, the man who filmed the ICU was summoned for questioning by police.

But parliament member Sayed Rahmo says that negligence over oxygen shortages was, in fact, the culprit.

"The patients died as a result of negligence at the Al-Husseiniya hospital and the mismanagement of the oxygen shortage crisis," Rahmo said, according to the MEE. "According to my sources, the intensive care doctor informed the hospital director about the shortage of oxygen supply at least an hour [before the catastrophe]."

The first scene in the horror series of 2021 💔💔💔#مستشفي_الحسينيه pic.twitter.com/KgpNrxgknB