Are Stress and Exhaustion Affecting Your Productivity? Nootropics Might Be the Answer.

TruBrain is scientifically formulated to give your brain the raw materials it needs for optimal performance. 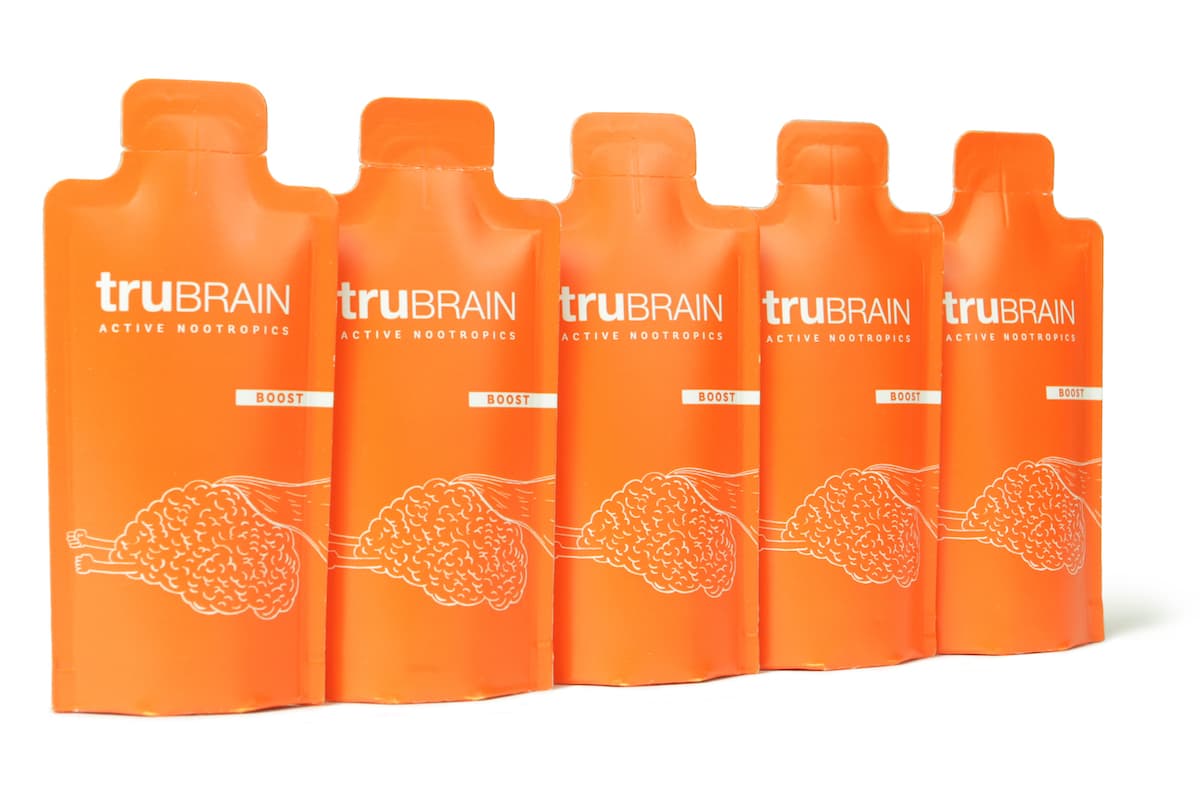 Right now, most of us are feeling a little more run-down than usual. Modern life can be pretty stressful and exhausting under normal circumstances. But with everything going on in the world at the moment, it can be especially difficult to stay focused, motivated, and productive. In fact, some days you feel almost completely depleted. But here’s some good news. A team of UCLA-trained neuroscientists has created an advanced nootropics supplement called TruBrain that supports the biological conditions necessary for peak cognitive performance. And it could be just the thing you need to boost cognitive function and power past stress and mental fog.

A lot of companies market nootropics as “smart drugs,” which gives the false impression that they can make turn the average person into a rocket scientist. In reality, nootropics are just nutrients, minerals, amino acids, and other compounds that the brain uses as fuel for neurotransmission. And every day roughly 60-million Americans use a nootropic substance without even realizing it. That nootropic is caffeine, of course, and most of us get it in the form of coffee. By blocking the neurotransmitters for drowsiness, caffeine helps the brain feel more awake and alert. However, caffeine all by itself is not a sustainable solution for achieving peak cognitive function.

TruBrain was founded by a former Unilever executive and a team of UCLA neuroscientists who wanted to help everyday people be the best they could be. To accomplish this goal, they set out to create a supplement that doesn’t just make the brain work more but actually provides it with the nutrients it needs to work better.

What they came up with is a unique synergistic nootropics formula they call “Brain Food.”

In addition to caffeine and l-theanine for alertness and focus, TruBrain’s Brain Food also contains the nootropics uridine, centrophenoxine, and noopept. These compounds work synergistically to increase blood flow to your brain cells, bringing more oxygen and glucose to the neurons. This increases brain cell metabolism, thereby enhancing plasticity, which is a brain cell’s ability to forge new neural connections. These nootropics also modulate receptors in the brain, making them more receptive. This allows for faster and more efficient communication between neurons, which results in higher brain function.

Of course, an increase in neurotransmission requires more energy. That’s why TruBrain’s Brain Food also contains the raw nutrients that your attention system burns for fuel. These nutrients include magnesium, a key mineral that roughly 90 percent of us are deficient in; tyrosine, an amino acid that plays a vital role in communication between brain cells; carnitine, which helps neurons break down glucose and fatty acids for fuel; and citicoline, which is a precursor to the neurotransmitter acetylcholine.

TruBrain’s revolutionary blend of nootropics comes in 1oz liquid shots with a refreshing tropical flavor profile. These shots are available in quantities of 20, 30, and 60. Discounts of 10, 20, and 30 percent are available when you subscribe and pre-pay for three, six, and 12 months respectively, and new subscribers also get an additional 10-percent off their first order.

Because no two brains are exactly alike, it’s impossible to say exactly what benefits you might get from TruBrain Drinks. However, third-party clinical trials and EEG brainwave analysis has demonstrated that TruBrain boosts high alpha brain waves, which are indicators of an increased ability to focus, enhanced verbal fluency, as well as improved memory and learning.

There’s nothing like a good cup of coffee to start the day. But for a lot of us, simply being awake isn’t cutting it anymore. TruBrain was designed to help you think, focus, remember, and create better. If that sounds pretty good to you, it's time to give TruBrain a try.

7.19.21
This Advanced Acetylcholine Supplement Boosts Your Brain for Superior Mental Clarity
5.02.21
This Deep Sleep Aid Helps Provide Rest and Revitalization for Your Body and Mind
8.03.20
This Revolutionary Smart Drink Can Help You Reach Peak Mental Performance
7.23.20
These Specialty CBD Shots Provide a Productive Day's Work and a Productive Night's Sleep
3.23.20
This Clean Energy Drink Relies on Powerful Nootropics, Not Sugar and Caffeine