"Imagine a coworker/friend of yours needed CPR for 9 minutes in your office and then after your boss was like — take 5 minutes." 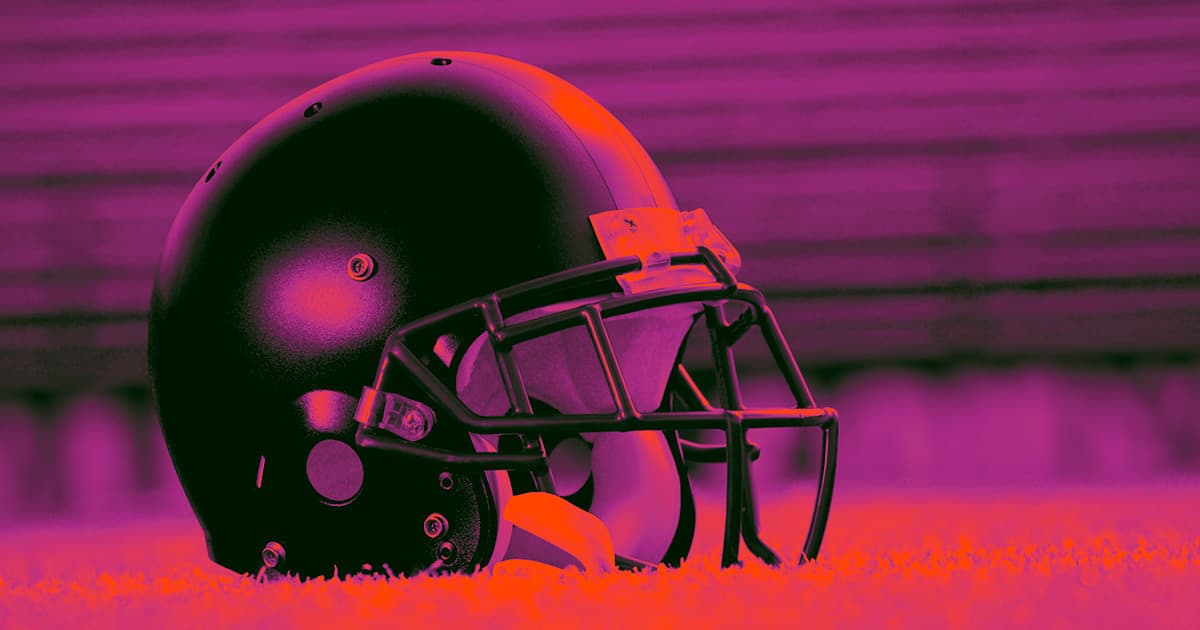 Just seconds after the defensive player had executed a routine tackle in the Bills' game against the Cincinnati Bengals, the 24-year-old athlete collapsed. His heart had stopped, and he had to be revived — on live TV — with CPR and a defibrillator, in a harrowing ordeal that lasted 19 minutes.

Both Bills and Bengals players were visibly distraught, openly crying and holding one another, while Buffalo players formed a circle around their young teammate to shield him from the cameras. Experts say it's still too early to know exactly what caused the cardiac incident, but the tackle did involve a hit to the chest.

Unsurprisingly, Hamlin's ordeal has been met with confusion, anger, and backlash. By all accounts, he's a healthy young man, and he's only in his second NFL season; he was drafted in the sixth round in 2021, and Monday marked his first start in a playoff matchup. And again, there was nothing exceptionally violent about the tackle itself, at least beyond just the regular, normalized violence integral to the game of football.

All that in mind, the nightmarish injury has reignited the ongoing conversation regarding whether football is ever really safe — or should even be played — at all, considering that even just a by-the-book tackle just put one of the league's rising young stars in the Intensive Care Unit.

But the injury itself, and what it means about the game of football, isn't the only conversation happening as a result of Hamlin's hospitalization. The industry and organizing force that is the NFL has come under fire as well — they took over an hour to postpone the heavily anticipated playoff match and even, by some reports, at one point urged players to take a five minute warmup and get back on the field.

"They've been given five minutes to quote-unquote get ready to go back to playing," Joe Buck, one of the league's longest-serving and most-trusted announcers, said during the live broadcast, according to The Athletic. "That's the word we get from the league and the word we get from down on the field, but nobody is moving."

The report certainly struck a nerve. The NFL, after all, is a corporation. Sure, any athlete commodifies their body, and risk of injury is part of that deal. But there's an undeniable power imbalance to that agreement, and regardless of how much money they or their employers might make, NFL players are still workers within that system. To ask those workers to get back on the field, just minutes after nearly watching a coworker die from a medical emergency, is inexcusable behavior at the hands of one of any employer — let alone one of the most lucrative enterprises in the country.

"Imagine a coworker/friend of yours needed CPR for 9 minutes in your office and then after your boss was like — take 5 minutes, everyone. And then get back to work," tweeted sports journalist Andy Nesbitt. "That's basically what the NFL just tried to do. Total garbage."

For their part, the NFL has vehemently denied the "take five" claims, with NFL executive vice president of football operations Troy Vincent reportedly insisting during a late Monday conference call that proceeding with the game "never crossed my mind" or "[the minds of league executives] internally." (ESPN has refuted Vincent's claim, saying that they were told teams were to get back on the field of play.)

Vincent's explanation, though, is that they waited so long to postpone the game — which itself is fishy, considering that you might expect the nine minute CPR of it all to be enough to cancel the matchup — due to the confusion and chaos that the injury presented, and because they were worried about Hamlin and the other players. You know, because the NFL is known to value on and off-field human life.

"What was most important was that it wasn't about proceeding with the game," said Vincent, according to ESPN. "We asked that [referee] Shawn [Smith] communicate with both Taylor and Coach McDermott getting the players together. Frankly, it was just about getting a pulse of where they were at that particular time." (Have to say, "getting a pulse" is probably the worst phrase that this man could have used in this statement.)

It's also worth noting that this isn't the only high-profile injury that the league has had to reckon with this year. Miami Dolphins quarterback Tua Tagovailoa has been at the center of controversy regarding the league's handling of concussions — despite showcasing concussive symptoms after a series of big hits, the Dolphins refused to bench him, leading to another terrifying onscreen injury back in September.

The NFL doesn't yet have a date for the postponed match. In the meantime, they certainly have a lot of questions to answer. Our thoughts are with Hamlin and his family as he recovers.

"This is a side of football that no one ever wants to see, or never wants to admit exists," Ryan Clark, a former NFL safety turned broadcast anchor, said on ESPN later Monday evening. "This isn't about a football player. This is about a human."

More on sports: The World Cup Is so High Tech That They Have to Charge the Balls