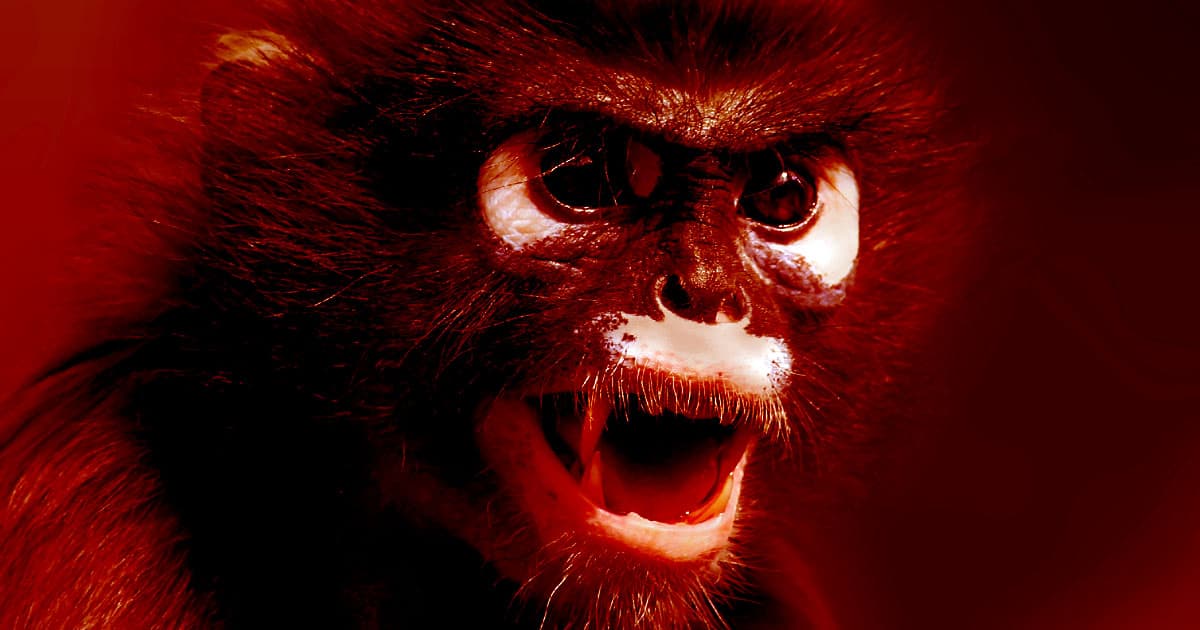 It sounds like the opening of a bad apocalyptic zombie movie.

A gang of monkeys in India stole a batch of blood samples taken from patients who tested positive for COVID-19, according to Reuters. We shouldn't have to tell you why this is bad news.

The monkeys raided a lab at a state owned medical college in Meerut, an Indian city.

"Monkeys grabbed and fled with the blood samples of four COVID-19 patients who are undergoing treatment. [...] We had to take their blood samples again," S. K. Garg, a top official at the college, told Reuters.

Yes, it sounds like a hoax. But multiple reliable publications are reporting the story — so while further reporting could undermine it, the monkey heist appears at the moment to be legit.

While we don't know if any blood has been spilled yet, there's a sliver of good news.

"No evidence has been found that monkeys can contract the infection," Garg told Reuters.

We do, however, know with a degree of certainty that the coronavirus originated in animals.

India is no stranger to monkeys going rogue and acting aggressive. That's in part caused by the destruction of their natural habitat, according to experts.