One shot would protect you against every strain of the flu. 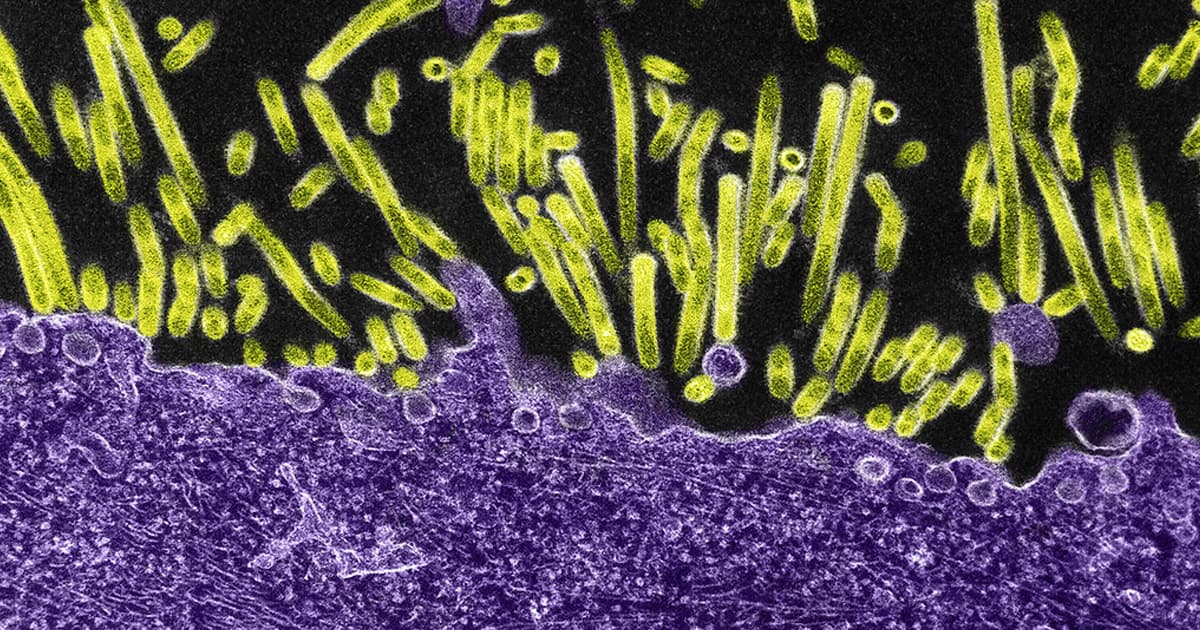 MIT scientists just made important progress toward a universal flu vaccine — an inoculation against all influenza viruses at once.

When we're vaccinated against a flu, our immune system generates antibodies that target a protein on the virus called hemagglutinin (HA). It turns out that the difference between a seasonal flu shot and a universal vaccine could be which part of the HA protein a vaccine targets: the head, which rapidly mutates to cause seasonal strains of the disease, or the stem, which is far more consistent among different flus.

In other words, a vaccine that targets the stem would be able to protect against a wide variety of flu viruses rather than a single mutation.

Unfortunately, the immune system targets that mutated head much more easily than it does the stem due to the geometry of the virus itself, according to the team's research, which was published Wednesday in the journal Cell Systems. But now, the researchers' models might have identified a workaround.

"We don't understand the complete picture yet," Daniel Lingwood, study coauthor and Harvard Medical School professor, said in a press release, "but for many reasons, the immune system is intrinsically not good at seeing the conserved parts of these proteins, which if effectively targeted would elicit an antibody response that would neutralize multiple influenza types."

The research showed how antibodies that target the mutated head bind more strongly to their targets than those that attack the stem, so that's what our immune system prioritizes. But by making a vaccine out of HA stems that are similar but not identical to strains a patient's immune system has already seen, their immune system might shift focus and make more generalized antibodies instead — a hunch that was verified by preliminary research on mice.

"The reason we're excited about this work is that it is a small step toward developing a flu shot that you just take once, or a few times, and the resulting antibody response is likely to protect against seasonal flu strains and pandemic strains as well," study coauthor and MIT chemical engineer Arup Chakraborty said in the press release.

READ MORE: A step toward a universal flu vaccine [MIT]

More on the flu: Universal Vaccines Are The Future of Medicine