New Microscope Technique Can Peer Inside a Brain Without Surgery

Scientists mapped out an entire mouse brain — without damaging it at all. 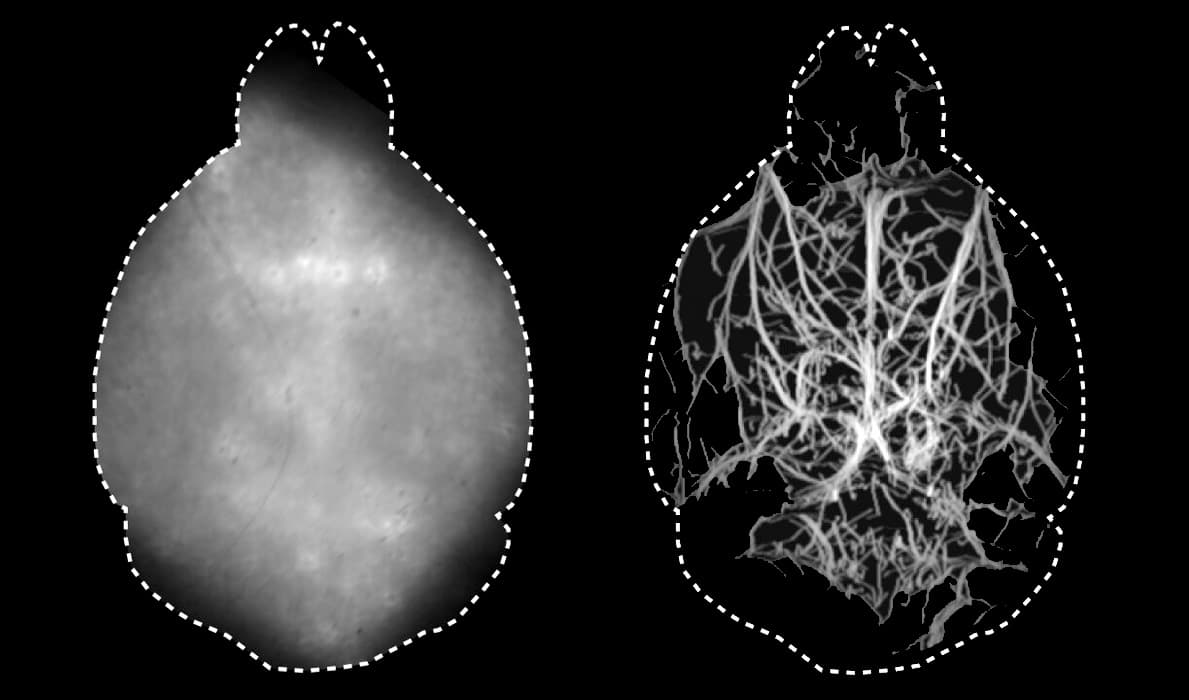 A team of scientists just cleared a major hurdle in the path of biological imaging. With a new microscopy technique, they were able to peer four times deeper into a living mouse brain — without needing to cut through the animals' scalp or skull whatsoever.

Typically, microscopes are blocked by the skull, which scatters and blocks light from passing through. That means researchers need to peel back the scalp, drill through the brain, and essentially conduct invasive brain surgery to get a closer look.

The new technique does away with all of that, according to research published Thursday in the journal Optica, and produces a detailed and dynamic map of the brain's vasculature that researchers say could be a valuable medical tool.

"Visualization of biological dynamics in an unperturbed environment, deep in a living organism, is essential for understanding the complex biology of living organisms and progression of diseases," University of Zurich biomedical engineer and lead study author Daniel Razansky said in a press release.

Specifically, Razansky and his team injected the mice with fluorescent microdroplets that traveled throughout their circulatory system and used a specific wavelength of infrared light that can better penetrate bone to illuminate them, according to the study. It's a similar concept to an fMRI scan in that it allows scientists to peer inside the brain and see which regions are active and when, except this is the first time that scientists have been able to do so using fluorescent microscopy.

For now, the researchers are working to further refine the process so they can get better resolution in all three dimensions, at which point they think it will become a useful diagnostic and medical tool in addition to a useful technique for biological research.