Scientists Use Microbots to Clear Pneumonia From Lungs of Sick Mice 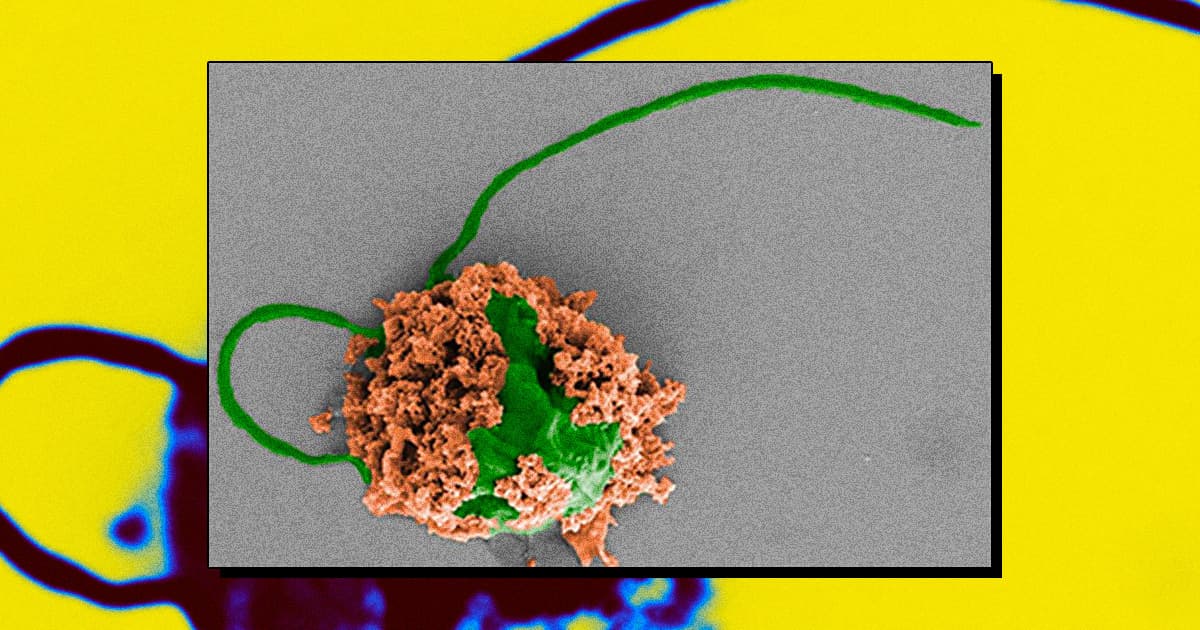 Pneumonia is terrible — and can even be deadly.

Now, a new study on mice may suggest a pathway to a mind-blowingly cool — and seemingly effective, at least in the stricken rodents — new treatment: microbots.

Per a new study published in the journal Nature Materials, nanoengineers at the University of California-Davis have officially developed tiny bots that can swim around a mouse's lungs and deliver pneumonia-clearing medicine. While the tech hasn't been tested in humans yet, the hope is that one day it could.

The process of creating the bots, as outlined in the study, is fascinating. They're actually built using antibiotic-filled algae cells, chosen for their ability to move about the lungs. These algae cells are then covered with the nanoparticles that themselves are coated in dozens of biodegradable spheres made from the membranes of neutrophils, a type of white blood cell. Once the bots have run their course, they degrade naturally — and seemingly safely — within the body.

"Our goal is to do targeted drug delivery into more challenging parts of the body, like the lungs," study co-author Liangfang Zhang said in a university press release. "And we want to do it in a way that is safe, easy, biocompatible, and long-lasting."

To demonstrate the algae bots' efficacy, the scientists tested the bots in rodents befallen with Pseudomonas aeruginosa, a serious and often fatal bacterial infection that, in humans, causes the type of pneumonia that often leads to hospital visits, ventilators, and death. A control group of rodents went untreated, and the rest received a serving of the bots through a direct tube to the lungs.

The results were striking. All the untreated mice died, while those who got the microbots survived through 30 days, all making a 100 percent recovery. The microbots also proved to be wildly more effective than intravenous means — to achieve the same antibiotic efficacy through an IV, the scientists say, you'd have to up the dosage by a sky-high 3,000 percent. And as it probably goes without saying, that's 'spensive.

"With an IV injection, sometimes only a very small fraction of antibiotics will get into the lungs. That's why many current antibiotic treatments for pneumonia don't work as well as needed, leading to very high mortality rates in the sickest patients," Victor Nizet, another study coauthor, added in the announcement. "Based on these mouse data, we see that the microrobots could potentially improve antibiotic penetration to kill bacterial pathogens and save more patients' lives."

Again, this is still proof-of-concept. But it's intriguing to see new advancements in the field — who knows, in a few years, microbots might be doing anything from saving you from life-threatening lung infections to brushing your teeth in the morning.

More on microbots: Lazy Flossers Rejoice! Tiny Robot Shapeshifters Will Brush and Floss for You