They're calling on Spotify to start moderating misinformation. 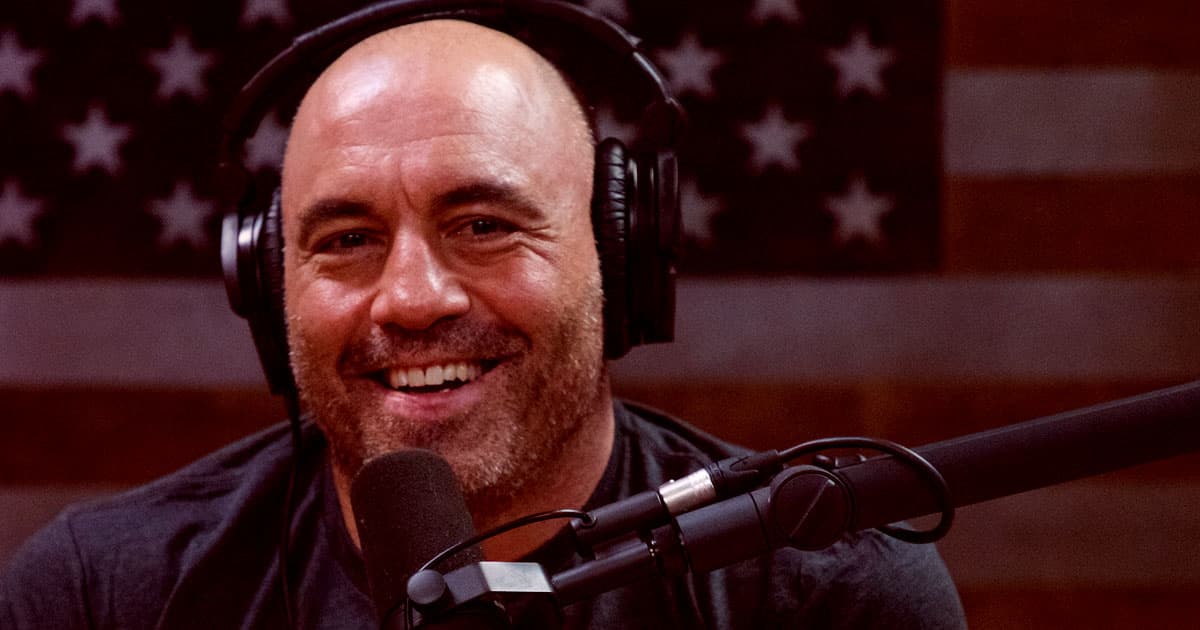 A group of 270 doctors and medical experts have signed an open letter calling on Spotify to start moderating misinformation on its platform, particularly concerning its biggest podcast, the Joe Rogan Experience.

Joe Rogan signed a $100 million deal with the platform in 2020, handing over exclusive rights to the show. Since then, he's repeatedly used the podcast to spread misinformation to his 11 million listeners about the COVID-19 pandemic — the last thing we need as our battle with the latest variants of the coronavirus rages on.

Even some of Rogan's most ardent supporters have caught on to the trend, mocking him for making dubious and unsubstantiated claims.

Things came to a head last month when Rogan invited "highly controversial" guest Robert Malone, according to the letter. The December 31 episode "has been criticized for promoting baseless conspiracy theories and the [Joe Rogan Experience] has a concerning history of broadcasting misinformation, particularly regarding the COVID-19 pandemic," the experts wrote.

In the episode, Malone claimed the Biden administration was trying to underplay the efficacy of ivermectin, a deworming agent often used in horses, as a COVID treatment. He even went as far as to say that political leaders were using hypnosis to mislead the public.

"People who don’t have the scientific or medical background to recognize the things he’s saying are not true and are unable to distinguish fact from fiction are going to believe what [Malone is] saying, and this is the biggest podcast in the world," Stanford neuroscientist Ben Rein, who signed the letter, told Rolling Stone. "And that’s terrifying."

The interview with Malone was only the latest instance of Rogan using his platform to spread misinformation.

"He has discouraged vaccination in young people and children, incorrectly claimed that mRNA vaccines are 'gene therapy,' promoted off-label use of ivermectin to treat COVID-19 (contrary to FDA warnings), and spread a number of unsubstantiated conspiracy theories," the letter reads.

Using his considerable fan base to spread preposterous misinformation could lead to active harm and could foster mistrust in science and research overall.

"As educators and science communicators, we are tasked with repairing the public’s damaged understanding of science and medicine," the group argues.

"As physicians, we bear the arduous weight of a pandemic that has stretched our medical systems to their limits and only stands to be exacerbated by the anti-vaccination sentiment woven into this and other episodes of Rogan’s podcast," they wrote.

The group is calling on Spotify to start moderating misinformation on its platform to "mitigate the damage it is causing" — a ringing condemnation of the company turning a blind eye, but it remains to be seen whether it'll lead to any action.

More on Joe Rogan: Joe Rogan’s Fans Are Shredding Him for Being a Moron About COVID