Martin Shkreli Is out of Prison, so of Course He's Getting Into Web3

This man simply will not stop. 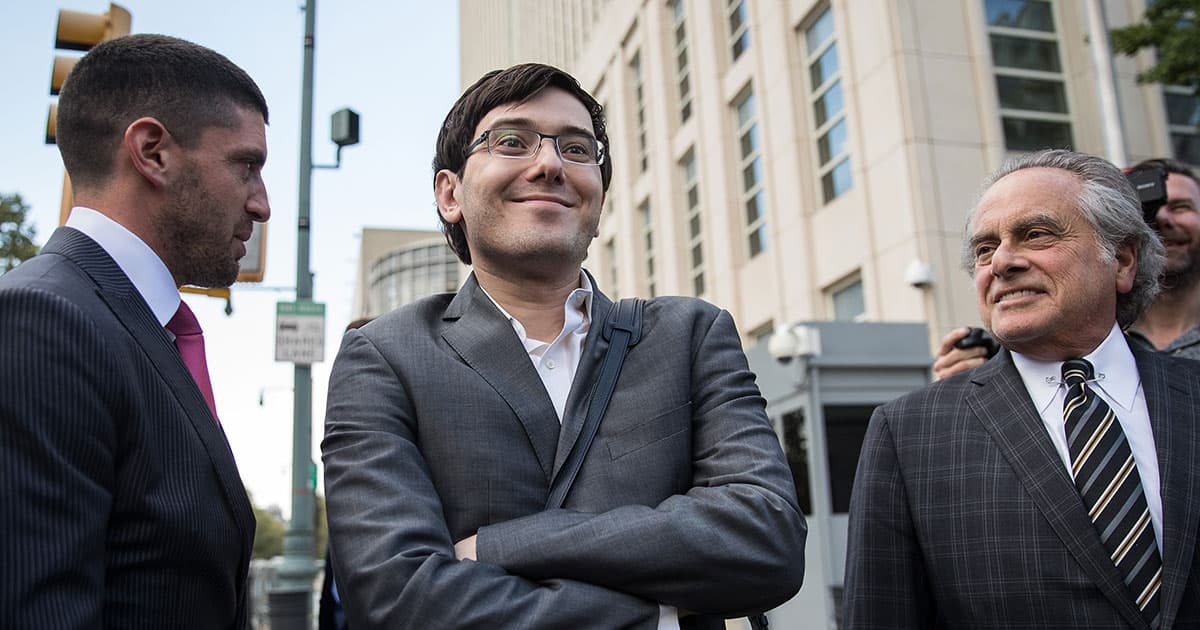 Can this man not just leave us all alone?

Following a too-short stint in prison for running a "Ponzi-like" securities fraud scheme, cursed "Pharma Bro" Martin Shkreli — the infamous pharmaceutical exec known for purchasing a life-saving drug and subsequently raising its price by 5,000 percent — is unfortunately back in business, just months after his May 2022 release from jail.

His new venture? The former hedge fund manager and convicted felon has cofounded a Web3 drug discovery platform called Druglike — yes, really — which according to its website seeks to "democratize" the process of finding and developing new medicines.

It's an interesting move for someone who's been banned from the pharmaceutical industry for exceedingly undemocratic behavior. And as it probably goes without saying... we're pretty skeptical.

Drug discovery is, in short, the process by which new drugs are developed and approved for preclinical study. It's a long and tedious process that requires a lot of time, money, and resources.

According to a press release, Druglike is apparently building a "decentralized" drug discovery computing network, offering a free platform to aid the development of medicines.

"We started Druglike because in our experience, traditional drug discovery software is too difficult and expensive to use," claimed the Cracker Barrel enthusiast, as quoted in the press release. "Druglike will remove barriers to early-stage drug discovery, increase innovation and allow a broader group of contributors to share the rewards."

The endeavor's claims are rooted in something called "Proof-of-Optimization," which the press release describes as "a novel blockchain consensus mechanism" that supposedly allows for students, researchers, activists, and others to securely collaborate on molecule development.

"For the first time, any computer or phone with access to the web might be responsible and rewarded for discovering the next breakthrough medicine," Shkreli's remarks continued. "We will disrupt the economics of the drug business by allowing a wide pool of innovators and contributors, rather than only pharmaceutical giants, to profit from drug discovery."

To be fair, it doesn't sound like the worst idea in the world. But it's also presented by, ahem, Martin Shkreli, who is justifiably considered a supervillain by many. He's also been banned from pharmaceuticals for good reason, and it's uncomfortable to hear him preach about democratizing the industry that he notoriously manipulated for personal gain.

8.03.22 Developments
Scientists Pump Pig Corpses With Artificial Blood to "Partially Revive" Organs
This little piggy did not go to the market.
By Frank Landymore / Read More >>
8.01.22 Devices
Surgeons Use VR Headsets to Separate Conjoined Twins
It was "just really man-on-Mars stuff."
By Maggie Harrison / Read More >>
7.31.22 Rx/Medicines
New York Declares State of Emergency As Monkeypox Infections Increase
"This executive order enables us to respond more swiftly."
By Lonnie Lee Hood / Read More >>
Keep up.
Subscribe to our daily newsletter to keep in touch with the subjects shaping our future.
+Social+Newsletter
TopicsAbout UsContact Us
Copyright ©, Camden Media Inc All Rights Reserved. See our User Agreement, Privacy Policy and Data Use Policy. The material on this site may not be reproduced, distributed, transmitted, cached or otherwise used, except with prior written permission of Futurism. Fonts by Typekit and Monotype.