Scientists Create Robot to Put Inside Your Body That Looks Like, Um 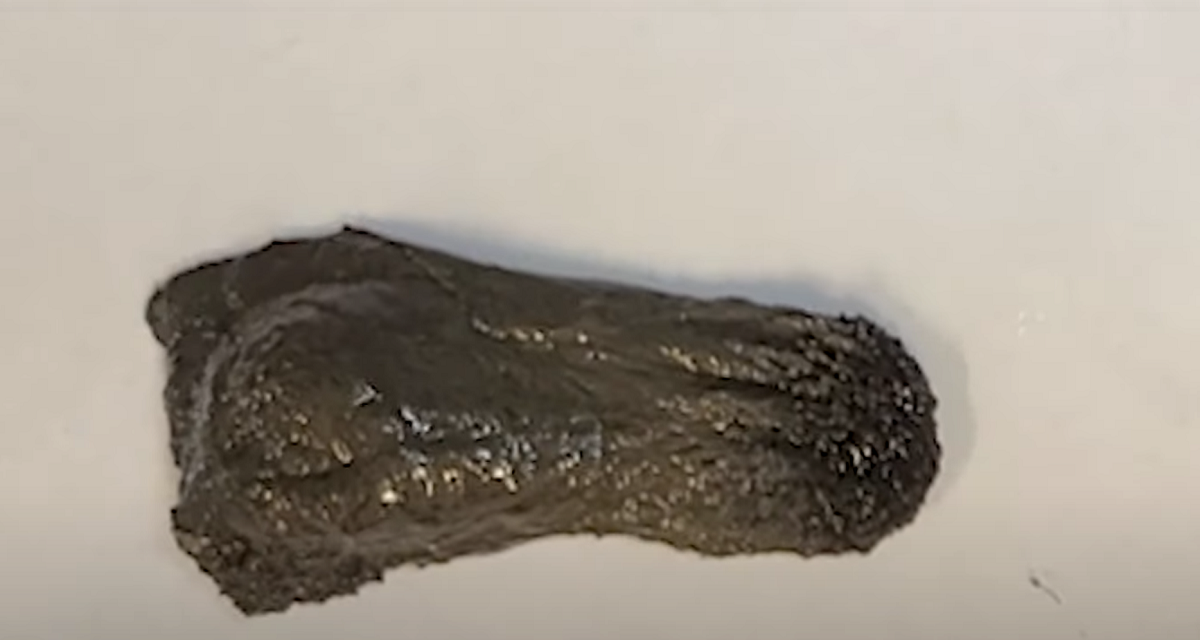 Scientists have created a bizarre magnetic slime that can be remotely controlled via a magnetic field, New Scientist reports. They're hoping the odd entity could be used to navigate narrow passages inside the human body, likely to collect objects that were mistakenly swallowed.

Of course, that's if you're willing to swallow this thing and have it poking around inside of you — video footage of the thing certainly doesn't make it look appetizing. In fact, people online are already cracking potty humor jokes about it.

The robot was made by researchers at the Chinese University of Hong Kong, who mixed strong neodymium magnets with borax, a common detergent. An encapsulating silicon compound makes sure the slime isn't toxic to the human body.

In a test, the team was able to retrieve a battery in a model stomach. The magnetic goo, the researchers say, can be manipulated into a number of different shapes.

"You can first elongate it to a very large extent so it looks like a liquid," Li Zhang from the Chinese University of Hong Kong, corresponding author of a new paper about the bot published in the journal Advanced Functional Materials, told New Scientist. "Then afterwards, you can roll it like an octopus’ arm to carry something."

Zhang is hoping that in the future, the slime could be put to work autonomously — an even wilder spin on the already pretty wild idea.

READ MORE: Robot made of magnetic slime could grab objects inside your body [New Scientist]