He's lucky to be alive. 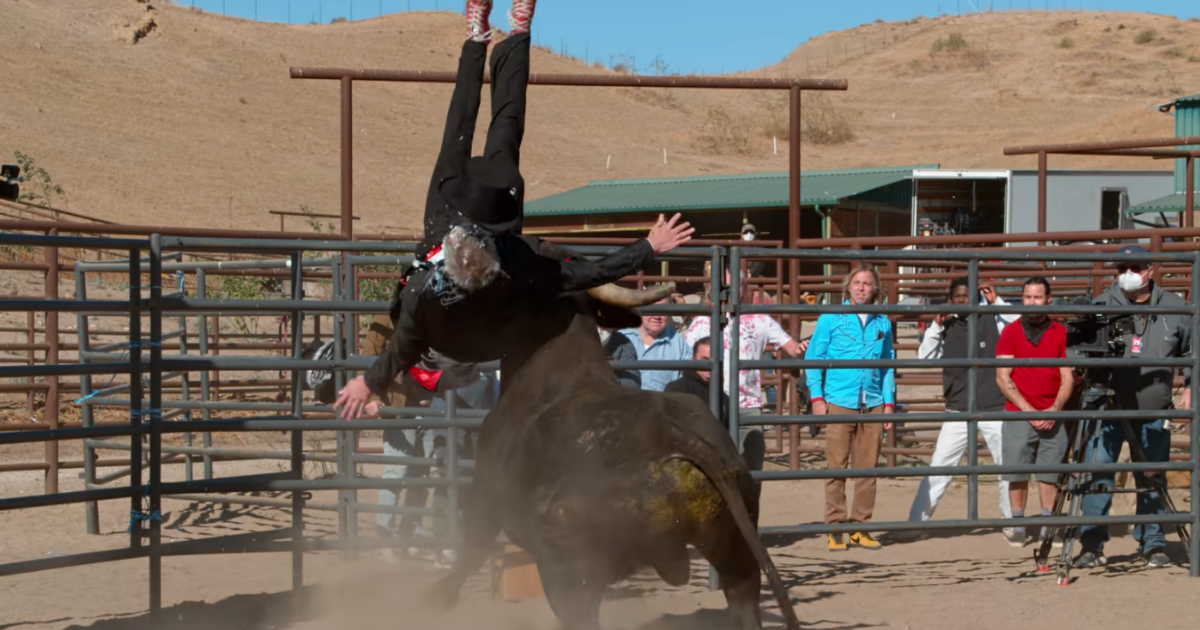 The next film in the Jackass series may be titled "Jackass: Forever" but one of its main characters may not be doing "large stunts" ever again.

Johnny Knoxville, co-creator and star of the original "Jackass" series on MTV and related movies, says he suffered a brain hemorrhage and cognitive decline, as well as a broken wrist and ribs, following an outrageous stunt he did while filming the latest installment.

The final Jackass Forever trailer has been released.

11 years since the last film and the lads have taken it to another level 😂😂pic.twitter.com/dkeQ4aWKBf

Knoxville went on shock jock Howard Stern's SiriusXM show and told Stern that getting hit by a bull, shown in the official movie trailer above, "was the worst hit I've ever taken from a bull, or maybe period."

"The neurosurgeon said 'Do you have trouble paying attention?... Because you scored a 17 on [the] attention [test] out of 100,'" Knoxville told Stern in a video clip taken from the interview. "I laugh now. At the time I was like 'oh no' because I had to go under all these treatments."

Knoxville, who is 50 years old, also told Stern he can't take any more hits to the head and wants to talk with his therapist about self-worth and the drive to do increasingly dangerous stunts. He also shared his struggles with depression following the concussion.

"After the bull hit, I'm like, 'I think I've done enough, right?' I don't have anything to prove and I still have control of all my faculties. So, I don't need to do large stunts anymore," Knoxville said in the clip.

Knoxville certainly isn't the first public persona to suffer brain damage, but he may be approaching it differently because he has the resources and knowledge to do so. Brain damage in other industries, like the NFL for example, is sometimes downplayed or even represented unfairly in order to keep players in the game longer.

In fact, the Union of Concerned Scientists reported in 2017 that the NFL tried to intimidate scientists researching links between football and brain damage, and in 2021 the NFL announced it would no longer assume "racial differences" when examining players with brain injuries.

It's pretty dark to think of groups like the NFL dangling the carrot of better finances, public stardom and a successful career in front of marginalized players to keep them in a game where 10 percent of college players and 20 percent of high school players sustain brain injuries, according to nonprofit research group Protect The Brain.

Knoxville is providing a better example by being honest and forthcoming about his injuries and the risks involved with stunts. People should have the freedom to do wild, dangerous activities if they want to. But many people who sustain brain damage, like football players and boxers, are still at the mercy of the people who hold the keys to the information, resources and medical support they need.