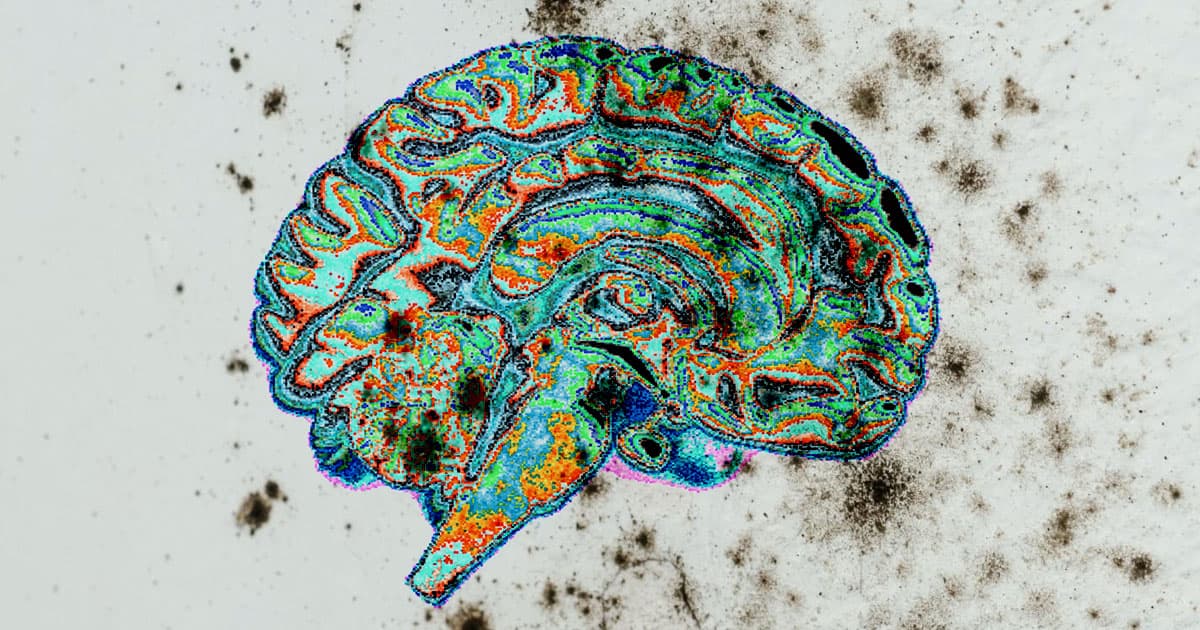 While much of the United States has forgotten that there are illnesses outside of COVID-19, one Rhode Island man's story of his terrifying and rare brain mold condition reminds us that disease truly is everywhere.

In an alarming feature for BuzzFeed News, Tyson Bottenus described his journey with Cladophialophora bantiana, an extremely rare tropical fungus that, if it gets into a person's brain, can cause a number of severe neurological problems and most often result in death.

Only about 120 cases of this bizarre condition have ever been recorded worldwide, and about 70 percent of the people who had it have died, Bottenus wrote. His doctors, for that matter, are shocked that he's still alive and that he's had a relatively stable prognosis, even though he had a stroke in March 2020 when he decided to go off of his steroids because they suppressed his immune system.

Though he's not completely sure where he got the mold infection, Bottenus is fairly sure he contracted it while biking through a particularly dusty part of Costa Rica in 2018. He had a minor crash after letting some air out of his tires to ride on the beach — a move that in hindsight he believes may have radically altered the trajectory of his life.

After returning home to Rhode Island and developing some disconcerting neurological symptoms, an MRI revealed an O-shaped anomaly on Bottenus' brain. Over the course of eight months and many more MRIs, biopsies, and even spinal taps, his doctors sleuthed out the terrifying origin of his issues: an abscess of black mold.

Infection from this fungus is so rare because, as Bottenus wrote, bloodborne disorders like this generally don't get to the brain because of what is known as the blood-brain barrier. In layman's terms, the complicated cellular systems that make up the vessels and organs which blood circulate through usually keeps harmful substances like fungi out of the brain. In rare instances, however, they do get through. Even more bizarrely, that same blood-brain barrier seems to have kept some of his much-needed medications out of his brain.

"It looks like the antifungals have never penetrated the blood-brain barrier, meaning you’ve been fighting this on your own — with just your immune system," Bottenus' infectious disease specialist told him. "We tested your cerebral spinal fluid after your last surgery and found zero evidence of the drugs."

"The barrier that this medicine must travel through, a semipermeable wall of cells between my blood and my brain, had allowed the fungus through — but now it’s been working in overdrive, keeping out much-needed medicine," he wrote. "I can only hope a new drug will finally punch through and rid me of this chaotic affliction, located at the intersection of two of the most mysterious living things: the fungal kingdom and the human brain."

Like with these debilitating and life-threatening illnesses, much of Bottenus' journey has involved dealing with the uncertainty of not knowing whether he'll live or die. His doctors assured him that if he was going to die from the fungus, he already would have — a reassurance that helps him feel hope for the future but also presents its own challenges because he is one of the only people living, if not the only one, who has his rare condition.

"If anything, I’ve learned what it’s like to be on the forefront of scientific research," Bottenus wrote. "It’s a lonely perch."