May Ivana and those who loved her find peace. 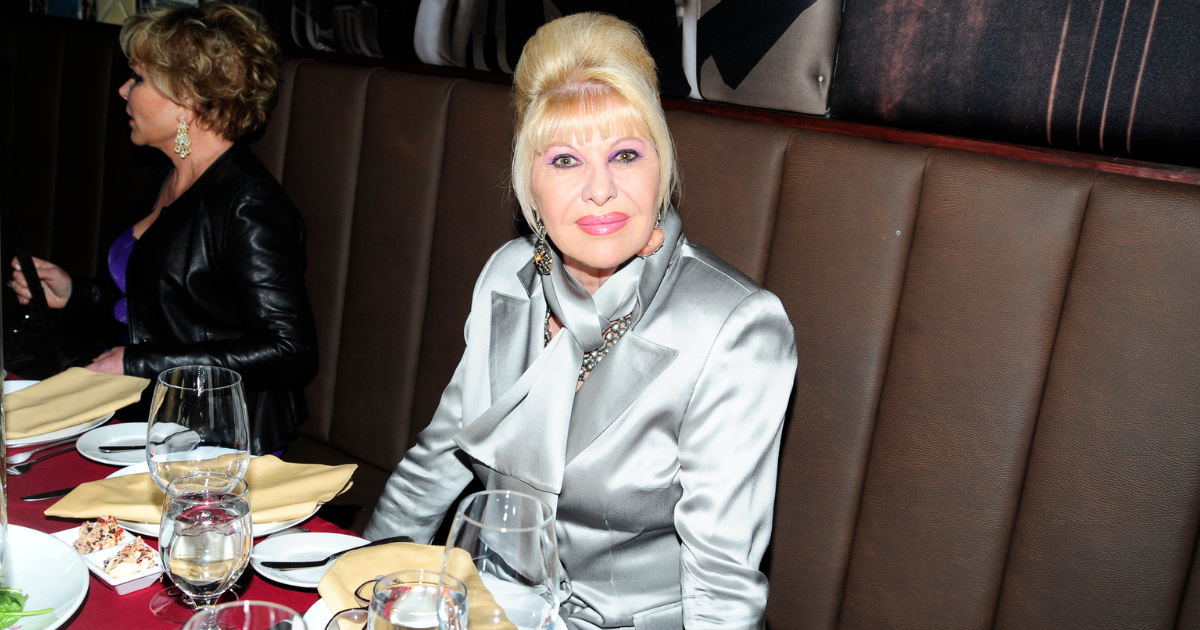 Yesterday, NBC New York reported that the death was officially ruled an accident after the medical examiner said Trump fell down the stairs in her home. The Guardian also reported that she was found at the bottom of her staircase and pronounced dead on the scene. A 911 call was made from the home on Thursday, one day before former President Donald Trump and two of his three children with Ivana Trump — Ivanka and Donald Jr — were set to testify in a civil court investigation into the famous Trump business empire.

Given the circumstances, it's not surprising spectators and media talking heads have begun speculating on social media. Many seem unable to believe the medical examiner's conclusion that Ivanka Trump fell down the stairs.

"So Trump is excused from his deposition today due to Ivana Trump's death, but has no problem attending his rally in AZ this weekend," one Twitter netizen observed yesterday. "Cool. Cool."

To be clear, there is currently no evidence anyone other than Ivana was at her home Thursday, although it is true the Trump family was able to postpone their deposition. Still, there's nothing to suggest that anything beyond the Twitter rumor mill is doing what it does all the time — stir up conspiracies. The former President also cancelled the rally mentioned in the tweet above shortly after. It's also important to note that the Center for Disease Control and Prevention says falls are the leading cause of injury-related deaths for people over the age of 65.

That doesn't mean Ivana Trump's married life was easy or that there was never animosity between her and the former President. In fact, the divorce statement she gave at the time includes graphic descriptions of traumatic sexual abuse, although she later denied those claims.

Speculating over Ivana's death on social media for fun is a little disrespectful, although it's at least somewhat understandable to see people react to such a controversial family.

May Ivana find some amount of peace in spite of it all.