"To save a life you don't need superpowers." 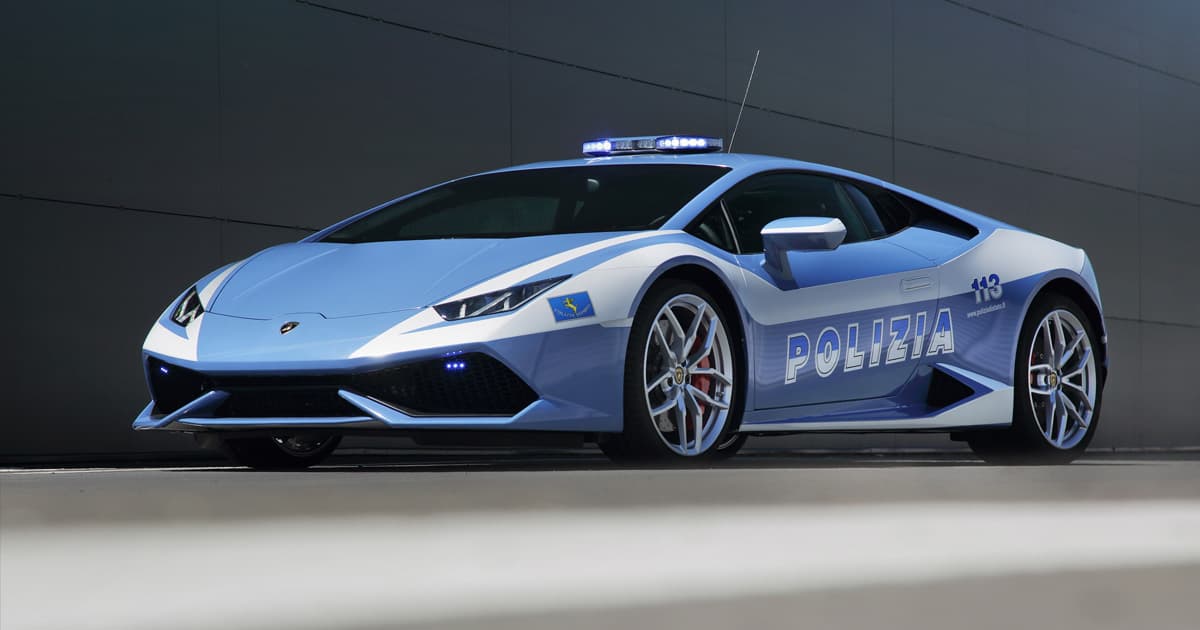 That’s an average speed of 143 mph, cutting a six hour journey from Rome to Padua to a mere third of its usual time.

A video uploaded by the Italy’s national police force to Twitter earlier this month shows the baby blue hypercar being loaded up with the fragile donor organ.

The kidney, protected inside a cooler, had to go into the vehicle’s tiny front trunk — or, in the lingo a “frunk” — because the ten cylinder, 600 horsepower monster of an engine takes over most of the rear of the vehicle.

“‘To save a life you don’t need superpowers,'” read the tweet.

The vehicle, which can accelerate from 0 to 60 mph in under three seconds and tops out at 202 mph, usually serves as a patrol vehicle and joined the force in 2017, according to Jalopnik.

The interior is kitted out with what you’d usually find inside such a car: a police computer, some lights and other equipment.

5.14.22 Devices
FDA Approves Vanilla-Flavored Underwear That Protect Against STIs
That's kinda... kinky.
By Lonnie Lee Hood / Read More >>
5.13.22 Studies
Scientists Claim to Bring Dead Human Eye Cells Back to Life
This study "joins a body of science raising questions about the irreversible nature of death."
By Lonnie Lee Hood / Read More >>
5.12.22
It’s Surprisingly Likely That You Have a Nasty Parasite in Your Eyeball
"Toxoplasma gondii is probably the most successful parasite in the world today."
By Noor Al-Sibai / Read More >>
Keep up.
Subscribe to our daily newsletter to keep in touch with the subjects shaping our future.
+Social+Newsletter
TopicsAbout UsContact Us
Copyright ©, Camden Media Inc All Rights Reserved. See our User Agreement, Privacy Policy and Data Use Policy. The material on this site may not be reproduced, distributed, transmitted, cached or otherwise used, except with prior written permission of Futurism. Fonts by Typekit and Monotype.