Remember the Ice Bucket Challenge? It Ended Up Funding a New ALS Drug

But the story is complicated. 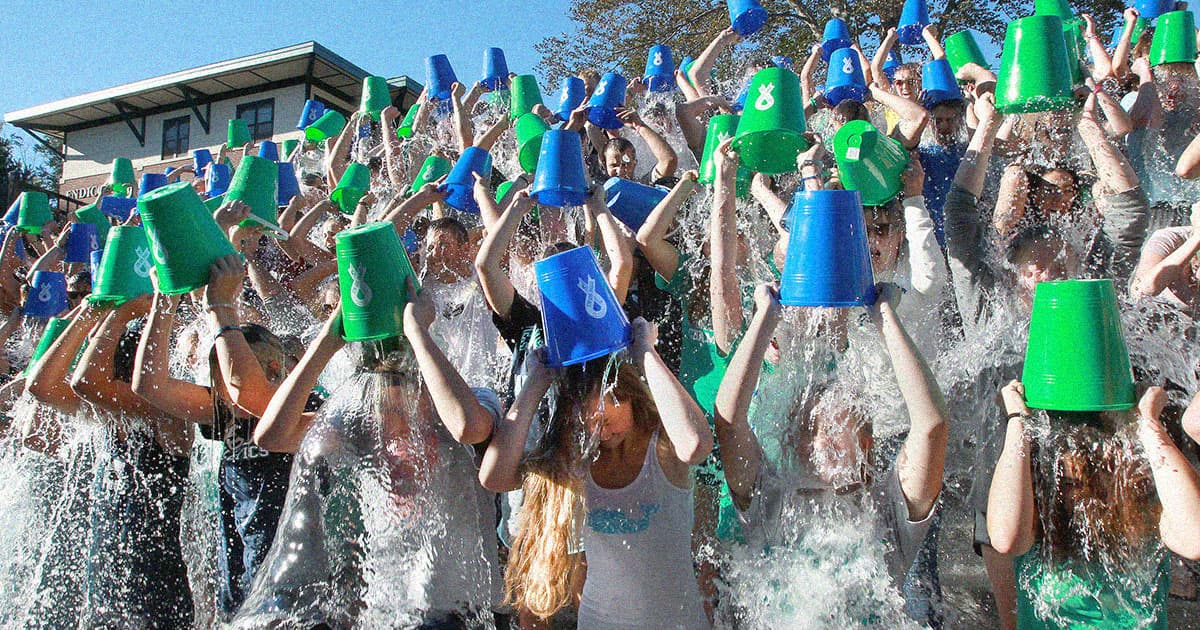 The year is 2014. Barack Obama is still president, nobody knows what an NFT is, and suddenly your social feeds are filled with videos of people having their friends and families dunking buckets of ice on them and urging others to do the same, claiming it has something to do with charity.

As it turns out, those "Ice Bucket Challenge" videos — in which people said they would be donating money to a medical nonprofit and nominated others to take the challenge next — raised enough funding for that they helped create a new treatment for amyotrophic lateral sclerosis, better known as ALS or Lou Gehrig's disease, according to a prominent nonprofit.

The ALS Association noted in its statement that since the viral sensation, which at saw surrealist director David Lynch nominating none other than Russian President Vladimir Putin — remember, it was 2014 — raised a whopping $2.2 million.

The ALS Association put that money into researching and developing a drug known as AMX0035, trade name Relyvrio, which the Food and Drug Administration (FDA) just approved for consumer treatment ahead of the completion of its stage 3 trials.

ALS is primarily a motor function disease, with spinal and brain neurons slowly breaking down while a patient gradually loses motor function and, eventually, dies. Relyvrio , according to Amylyx Pharmaceuticals, the company that manufactures the drug, "significantly" slow the loss physical function for ALS patients. Although it isn't a cure, its best-case scenario is far better than the next-to-nothing treatment options available to people living with the disease.

"This is a victory for the entire ALS community, which came together to advocate for early approval of AMX0035," ALS Association president and CEO Calaneet Balas said in the statement. "We still have a lot of work to do to cure ALS, but this new treatment is a significant step in that fight."

While this is undeniably huge news both for sufferers of ALS, there are critics who believe the eight years between the fundraising sensation and the drug's approval is rushed.

As NPR noted following Relyvrio's FDA vote last week, the drug was approved after just a single study with less than 200 patients was conducted by the Amylyx Pharmaceuticals company. This runs counter to the typical FDA drug approval process, which requires either two smaller independent studies showing the same results or one larger study with many more patients than the 167 in the AMX0035 research.

"I totally understand why people would be trying to figure out a way to get this to patients," Dr. David Rind, the chief medical officer of the Institute for Clinical and Economic Review nonprofit, told NPR. "There's just a general concern out there that maybe the trial is wrong."

What's more, its manufacturer admitted after its approval that it will cost a whopping $158,000 per year, and that it's expected to only extend the lives of ALS patients by about six months.

After we ran this story, an Amylyx spokesperson reached out to say that in spite of the sticker price, the company is working with insurers to provide the drug as cheaply as possible, and justified the cost by saying it would fund the development of future treatments.

"We believe this price balances the needs of and input from the ALS community, will be supported by insurers, allows Amylyx to sustain programs to ensure that anyone who can benefit from RELYVRIO can access it, and enables us to continue our mission — doing everything we can to help people with ALS today and continuing to invest in new treatments so that ALS first becomes a manageable, chronic condition, and, ultimately, is cured," the spokesperson said in a statement.

The FDA said in its vote to approve Relyvrio that it was important to get it out quickly, rather than wait until the projected end date of another study in 2024.

"Given the serious and life-threatening nature of ALS and the substantial unmet need," the agency wrote in a benefits-risk assessment, "this level of uncertainty is acceptable in this instance."

In other words, there's lots of unprecedented stuff going on in with the approval of AMXo035, and only time will tell whether it earns its hype.

If nothing else, it provides patients suffering from one of the most grueling degenerative diseases a sliver of hope — and the comfort of knowing that millions of people cared enough about them to give money and dump ice on their heads to benefit their cause.

Updated to add a statement from Amylyx .