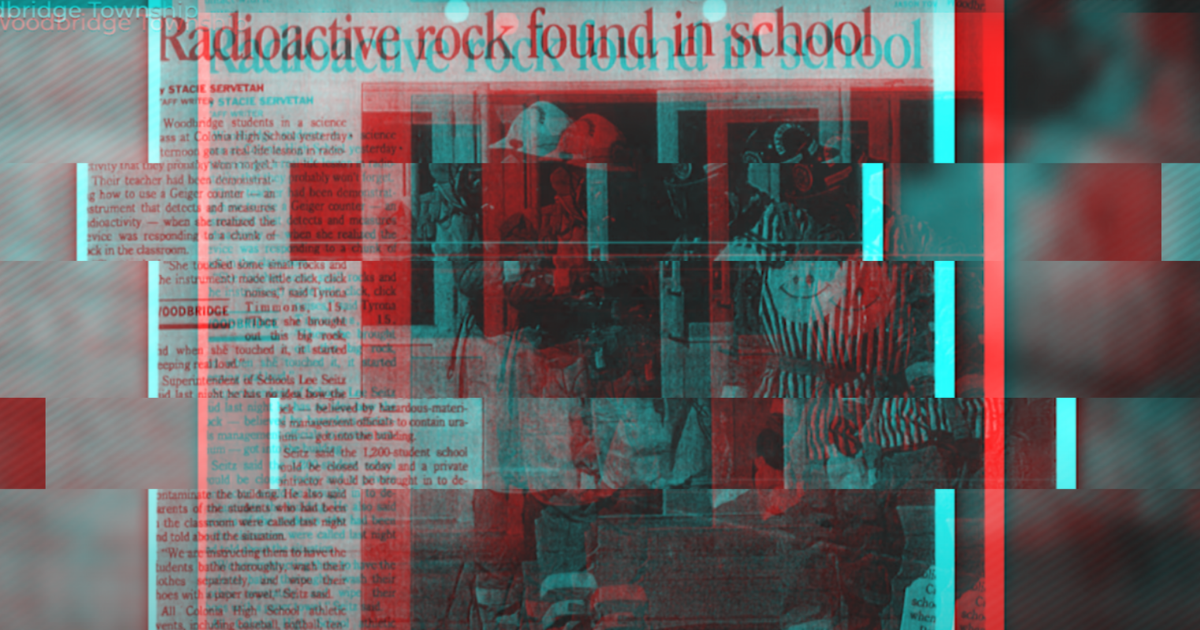 Radioactive soil may have caused more than 100 people who graduated from the same high school to be diagnosed with rare cancers, including large brain tumors.

A new report published in Fox News yesterday said a New Jersey man collected the stories of at least 102 individuals who've been diagnosed with cancer since attending the same school in the 1990s — including himself. Al Lupiano was diagnosed with a rare and abnormally large brain tumor. Then, last year, Lupiano's wife and late sister were diagnosed with similarly rare cancers on the same day.

"My wife and I may be the first documented case of spouses having [this cancer] both roughly the same size and on the same side of the head…according to [our doctor] the odds are maybe one in a billion," Lupiano told Fox.

Lupiano happens to be an environmental scientist and said he found the connecting link when people who no longer live in the area contacted him and said they, too, had gotten ill, and were former staff, teachers and students at Colonia High School in Woodbridge, NJ.

Lupiano realized that Middlesex Sampling Plant, which used to import uranium ore, was only about a 30-minute drive from the school. The plant received various radioactive ore imports in the 40s and in 1967, which is when Colonia was built. Fox reported that overlooked contamination could've been brought into the school's location by wind, rain and even from the truckloads of dirt hauled in during construction.

The horrific consequences sound much like what "radium girls" went through after painting watch dials with radioactive material during the 1900s. Initially the company the women worked for denied responsibility when their bones literally disintegrated in their bodies and began to glow, but we know better now.

Fox didn't say whether any legal action is taking place, but let's hope the nuclear plant or the government takes responsibility for the patients who've suffered quickly.

"I never in my worst nightmare envisioned ever hitting this milestone. That’s 100 people with their life forever changed. 100 families having to be told the terrible news," Lupiano said in a previous Facebook post.

More on health crises: Why People in Locked Down Shanghai Are Screaming Out Their Windows