"You can make a whole organ that can be functional from one cell of the skin." 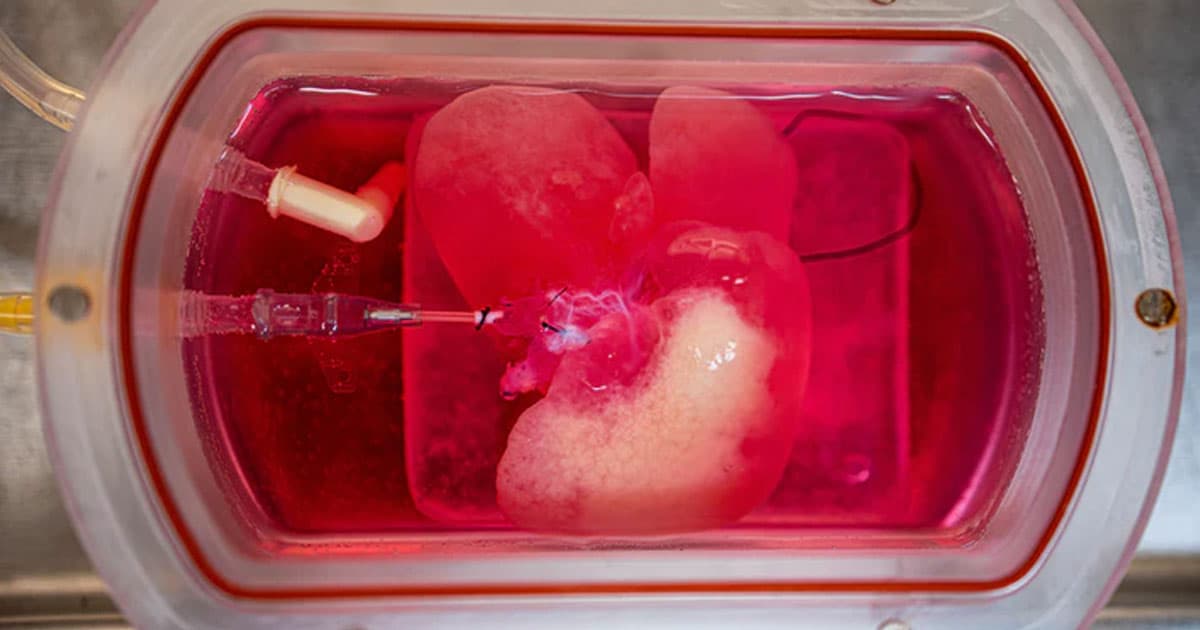 Image by University of Pittsburgh
Studies

In a development that could someday help patients on long organ donor waitlists, doctors have managed to grow miniature human livers out of skin cells.

After triggering the skin cells to turn into stem cells, doctors then implanted them into a scaffold to help them grow into livers, Inverse reports. The scientists then implanted those new miniature human livers into five rats, which had cells from their own livers removed to make room to see how well the new ones worked.

The livers were still functioning when researchers dissected the rats four days later, though all of the rats had experienced medical complications like blood flow issues, according to research published Tuesday in the journal Cell Reports.

While a four-day experiment in rats isn't the same as medical research on humans, the team behind the study is encouraged that they can someday help shorten the sometimes fatally-long waits patients endure to get much-needed organ transplants.

"I believe it's a very important step because we know it can be done," Alejandro Soto-Gutiérrez, a regenerative medicine researcher at the University of Pittsburg, told Inverse. "You can make a whole organ that can be functional from one cell of the skin."

"Seeing that little human organ there inside the animal — brown, looking like a liver — that was pretty cool," Soto-Gutiérrez added. "This thing that looks like a liver and functions like a liver came from somebody's skin cells."

Soto-Gutiérrez told Inverse that even if fully-functional lab-grown organs are still decades away, something similar to these mini-organs could still be used save patients in need of a transplant by keeping patients alive as they wait their turn to get a full organ from a donor.

Image by University of Pittsburgh