People will really trip on anything these days. 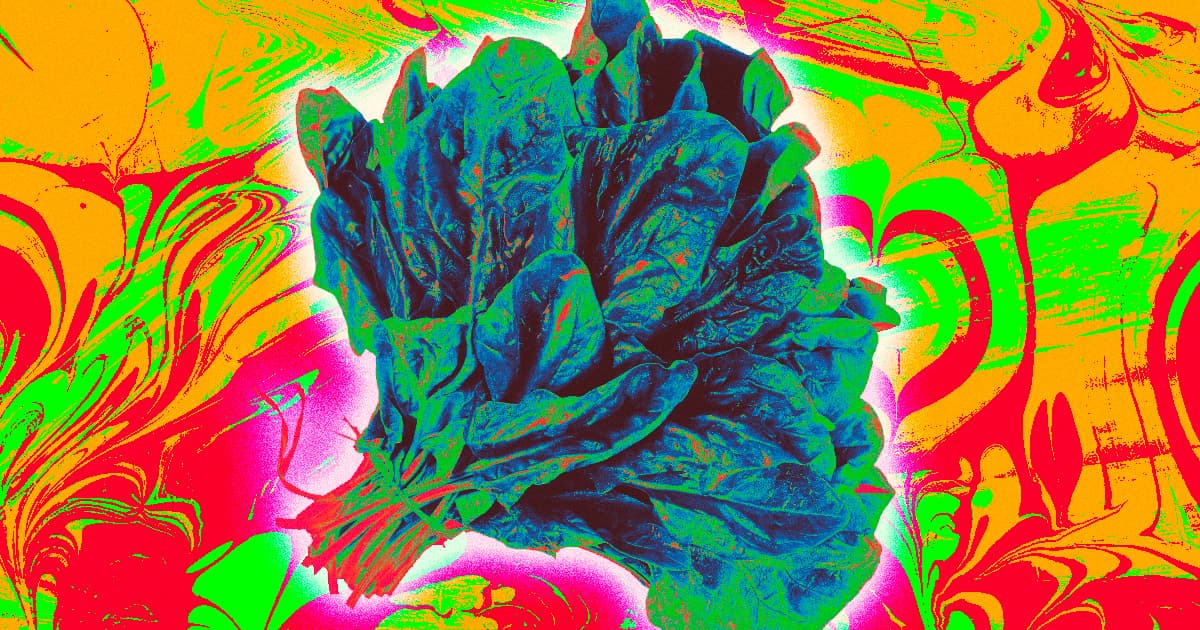 Grocery stores have been forced to recall prepackaged salad mixes after tons of people got sick from a baby spinach mix that gave some of them freakin' hallucinations, man.

As Melbourne, Australia's The Age newspaper reports, at least 47 people have reported symptoms after eating the leafy greens, sold in prepackaged salad kits and bags at Woolworth's and Costco grocery stores. Some 17 of those unfortunate souls have required medical attention.

Those who got sick from the tainted salad, which was sold by the Riviera Farms brand, reported "serious hallucinations," delirium, fever, dilated pupils, and blurred vision, the newspaper notes.

Costco's Australia operations were first to recall the devilish spinach, with Woolworth's following suit and recalling two varieties of prepackaged salads as well.

In a statement, Riviera Farms said the spinach appears to have "been contaminated with a weed which can have health consequences if consumed," though neither the brand nor any reports have identified which weed it was.

Spinach has periodically been recalled in the United States over contamination by both E. coli and salmonella over the past few decades, but hallucinations are an intriguing new symptom. That said, a similar outbreak that occurred with frozen spinach in Slovakia last year may lend some clues.

As researchers found in a paper published by the Clinical Toxicology journal, 64 people who consumed the same brand of frozen spinach in the Eastern European country reported "mild symptoms of intoxication" that included "malaise, dizziness, dry mouth... and blurred vision" that occurred an hour or two after eating the impacted spinach.

Those who had a more intense reaction said they were "confused, disorientated and had hallucinations," the paper noted. Interestingly enough, those "symptoms disappeared spontaneously within 48 hours."

The Slovakian government conducted tests on samples of the contaminated spinach and, per the paper, found that the impacted crop was grown alongside the Datura stramonium weed, better known in English-speaking countries as "jimsonweed" or "devil's trumpet."

Indeed, Datura contains the chemicals atropine and scopolamine which, when ingested, are toxic and can produce hallucinations — an effect that makes this weed that grows all over the planet popular with those who want to get high.

It's unclear whether or not the Australian spinach was cross-contaminated by jimsonweed, but given that a similar outbreak happened just last year and that the plant grows pretty much everywhere, it's definitely not outside the realm of possibility. We'll be watching.