Hands off me lucky charms! 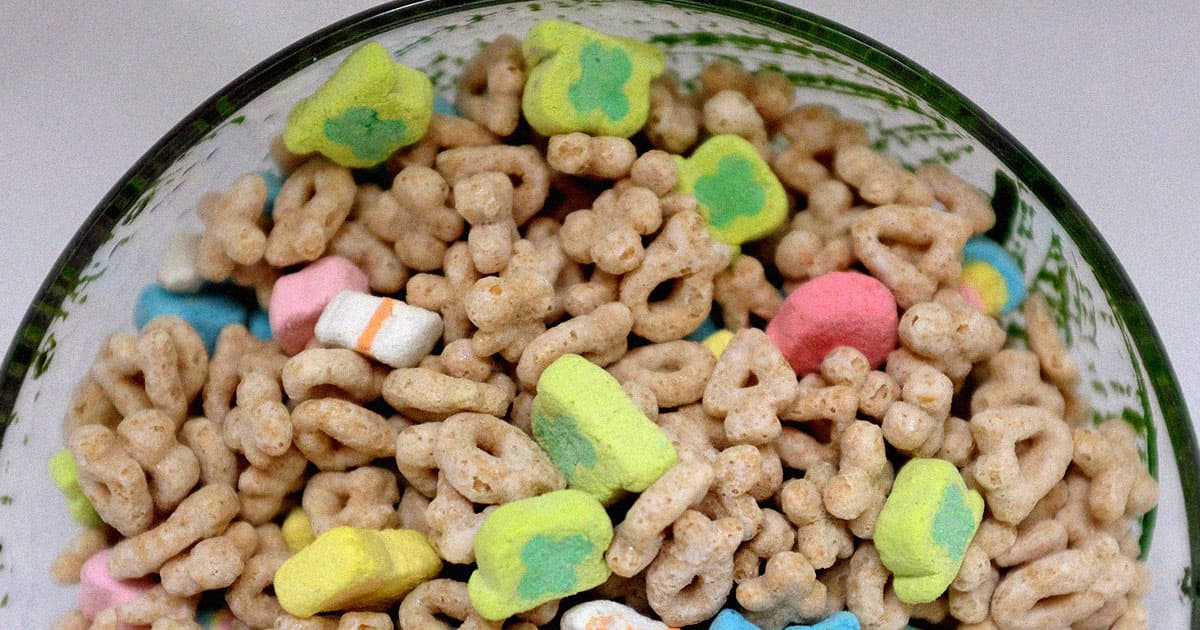 According to a consumer advocacy website with the on-the-nose address of IWasPoisoned.com, more than 3,000 people have reported getting sick after eating General Mills' iconic sugary cereal Lucky Charms, experiencing symptoms including nausea, vomiting and diarrhea.

The US Food and Drug Administration (FDA) has also received over 100 reports this year about the specific cereal and is officially investigating, according to The Washington Post. We still don't know how widespread the issue is, but the reports date back as early as last year.

"The FDA takes seriously any reports of possible adulteration of a food that may also cause illnesses or injury," the FDA told WaPo in a statement, but called the reports "isolated incidents" and said that there also were "complaints of a less serious nature."

It has become such a widespread phenomenon, there was even a punchline about it on "Saturday Night Live."

While reports on IWasPoisoned.com arguably don't sound like they would make for the most watertight case, "we take the consumer concerns reported via a third-party website very seriously," General Mills spokesperson Andrea Williamson told WaPo. "Through our continuing internal investigations, we have not found any evidence of consumer illness linked to the consumption of Lucky Charms."

There have only been a handful of cases in which diseases have spread through cereal, including a 2018 recall of Kellogg's Honey Smacks after they were linked to a salmonella outbreak, according to WaPo. And in 2010, 28 million boxes of Froot Loops and other brands had to be recalled after Kellogg found elevated levels of a specific food packaging substance.

It's still unclear if the FDA will end up recalling Lucky Charms. Interestingly, the number of food-related recalls has dropped off during the pandemic — and nobody is entirely clear as to why, NPR reported in December. According to a report by the US Department of Agriculture's Food Safety and Inspection Service, there were only a quarter as many recalls in 2020 as compared to 2019.

It's hard what to make of these incidents. Given the reports on IWasPoisoned.com, Lucky Charms are having at times devastating effects on the gastrointestinal systems of consumers. But whether all of these cases are actually directly linked to ingesting the cereal specifically remains to be seen.

More on food: Startup Says It's About to Start Selling Lab-Grown Tiger Steaks to Restaurants