Dr. Fauci Says the "Pandemic Phase" of COVID Is Over, Then Says Pandemic Is Actually Still Happening

Why are officials still struggling so hard to communicate basic details about the coronavirus? 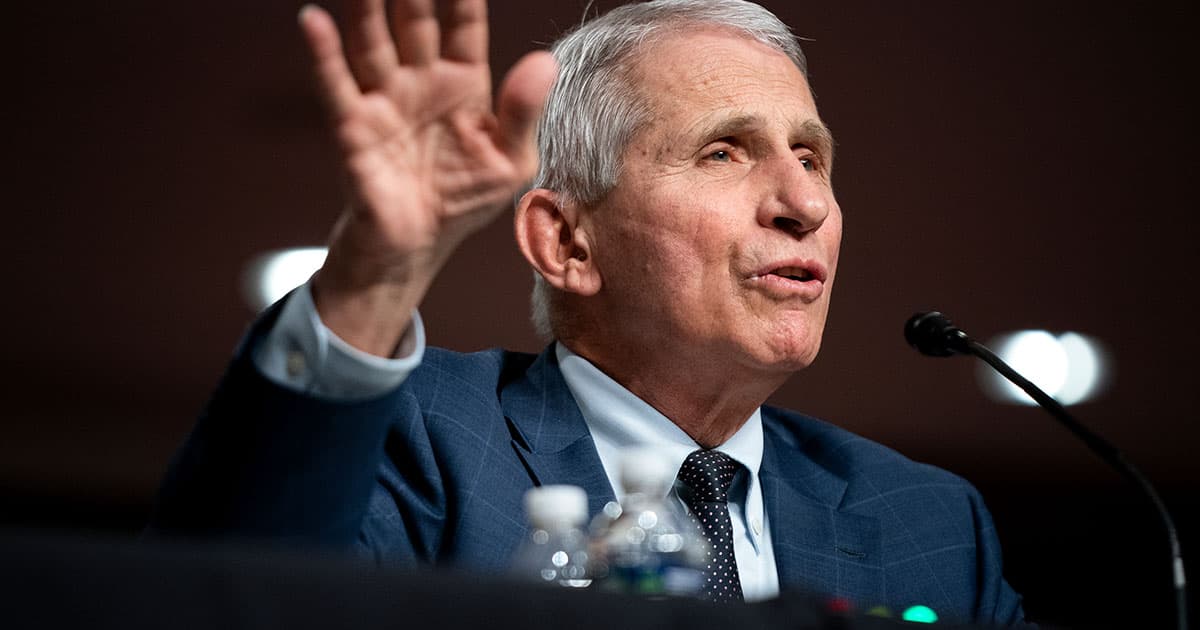 US officials are still struggling to communicate about COVID-19 with the public.

Take president Joe Biden's chief medical adviser Anthony Fauci, who attempted to say today that the US has weathered the storm, entering a new and less dangerous phase of the crisis.

"We are certainly right now in this country out of the pandemic phase," he said during an interview with PBS NewsHour on Tuesday — a rather confusing remark, given the fact that the US is still recording over 50,000 new cases and almost 400 deaths a day on average.

Clearly, the messaging didn't quite land, with Fauci following up with a Washington Post interview, clarifying that "the world is still in a pandemic."

"There’s no doubt about that," he said. "Don’t anybody get any misinterpretation of that. We are still experiencing a pandemic."

The World Health Organization is of the same opinion.

But we're nowhere near where we were when the COVID pandemic started just over two years ago.

Fauci believes there are five phases of the crisis. The first stage is a full blown, uncontrolled pandemic like the one the US has endured since March 2020, with nearly one million deaths and untold numbers of severe hospitalizations.

The second phase is deceleration — and the third is control, the one we currently find ourselves in, Fauci argued.

"We’re really in a transitional phase, from a deceleration of the numbers into hopefully a more controlled phase and endemicity," he told WaPo.

Endemic means that while it won't be gone, it could become far less deadly, just as many experts have long predicted.

That also means "we're not going to eradicate this virus," as Fauci told PBS.

Fauci's communication skills certainly leave something to be desired here. While the media took him by his word, quoting him for saying that the US is "out of the pandemic phase," the reality of the situation is far more nuanced than that.

And that's certainly something he, of all people, is painfully aware of.

More on medical futures: Woman Says Coors Paid Her $1,000 to Successfully Inject Advertisements Into Her Dreams

1.04.23 Rx/Medicines
The FDA Will Now Allow You To Buy Abortion Pills At Normal Pharmacies
10.24.22 Developments
Pfizer's Jacking Up the COVID Vaccine Cost to 10,000 Percent Its Production Cost
10.07.22 Developments
Rabidly Anti-Abortion Politician Reportedly Paid for Girlfriend's Abortion
9.20.22 Developments
Biden Really Screwed Up When He Said the "Pandemic Is Over"
9.16.22 Developments
Harvey Weinstein's Rotting Teeth Reveal a Lot About Prison Healthcare