The applications for reproductive tech at this scale would be endless in every direction. 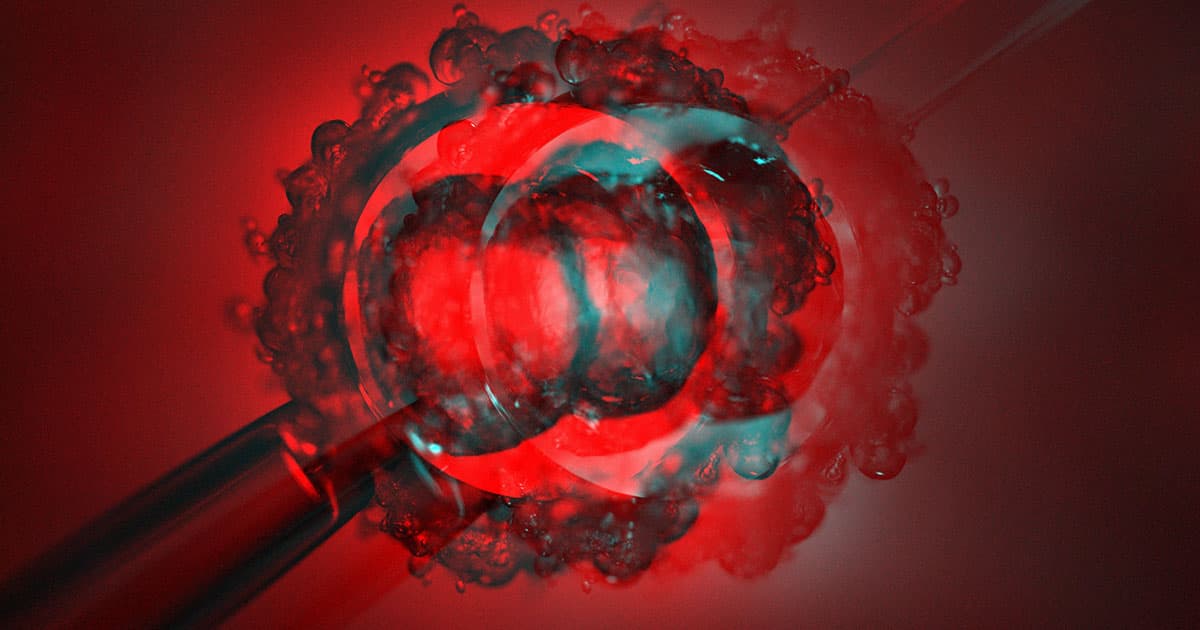 It may sound like something out of utopian sci-fi, but a prominent futurist says we're not too far off from breaking the genetic mold that has until now comprised the building blocks of human life.

In a wide-ranging interview with The Washington Post, futurist Amy Webb predicted that the science of procreation will significantly change the way we have babies — and may even change the maximum number of biological parents a person can have.

"What we’re talking about here is a technology that unlocks our ability to be more selective and to intentionally design life," said Webb, discussing her new book "The Genesis Machine," co-written with geneticist Andrew Hessel. "Maybe that means one person using their own genetic material to bring an embryo to term; maybe it unlocks opportunities to select traits from more than two parents."

The author and founder of the Future Today Institute consulting firm admitted that while scientists and futuristic soothsayers like herself don't yet know the full applications for gene editing technology like CRISPR and others that are sure to follow, she believes the "possibilities" and "optionality" that could soon be afforded those who decide to procreate could be significant and a net good.

As always, the question of genetic engineering often leads directly to discussions of the potential for governmental abuse. But Webb dismissed those concerns, quipping to WaPo that "all roads on this path lead to eugenics" name-checking the 1997 sci-fi flick Gattaca.

While those for whom future is their business "need to acknowledge the geopolitical advantages that some countries might try for by elevating their population’s intelligence and physical traits," that doesn't mean we should reject synthetic biology wholesale, Webb suggested.

"The thought of making pregnancy easier for people who really want to become parents is something we should be embracing," she told WaPo. "Right now, creating a child relies on chance and serendipity, or enough money for a lot of [in-vitro fertilization] cycles. It’s shockingly difficult in the year 2022 to make a baby. It shouldn’t be that way."

It's an exciting prospect indeed, especially considering how prevalent maternal illness and even death can be in general and for mothers of color in particular.

There's no reason not to imagine, design, and fund technology that will make getting pregnant, carrying fetuses to term, and giving birth as safe as, say, getting cosmetic surgery — and with that kind of tech within our grasp, the sky is literally the limit when it comes to how reproductive science will look decades down the road.

READ MORE: Futurist Amy Webb says babymaking could get crazy and the smartphone will die [The Washington Post]

More on our not-so-distant genetic futures: Could We Gene Hack Ourselves to Be Blissed Out Sex Maniacs, Like Our Distant Cousins the Bonobos?