Even a Tiny Bit of Drinking Damages Your Brain, Scientists Say

You hate to see it. 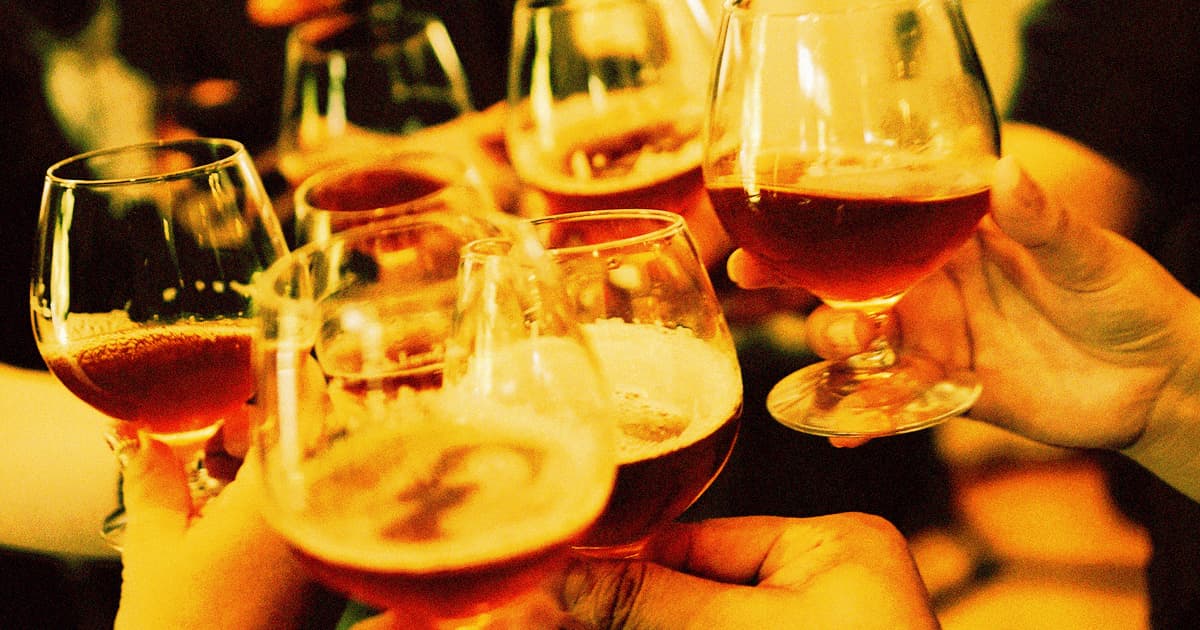 Conclusions about recreational drinking and personal health are like elbows: Everybody’s got one. New studies and theories about alcohol arrive each week, to the point where it could be its own field of study — drinking is good for your heart, bad for your liver, great for your social life, and terrible for your social life. And also, as the 2021 Oscar-winning Best International Picture film would have it: We’re all born 0.5 BAC below where we should be.

But a new study out of the University of Oxford draws a stark conclusion that, if verified, could put a full stop on all the other caveats the research world has produced about drinking: That any amount of alchohol in the slightest is bad for your brain health. Bottoms… down?

The study is a preprint that has yet to receive a peer review, but its initial findings, summed up in the conclusion, are relatively stark, emphasis ours:

No safe dose of alcohol for the brain was found. Moderate consumption is associated with more widespread adverse effects on the brain than previously recognised... current ‘low risk’ drinking guidelines should be revisited to take account of brain effects.

The researchers analyzed data from the UK Biobank, described in the paper as the “world’s largest imaging sample.” The Guardian, where the study was first reported, characterized the Biobank as “a substantial database designed to help researchers decode the genetic and environmental factors that lead some people to develop diseases while others do not.”

The researchers took MRI brain imaging from 43,572 people, then got down to the work of figuring out how much alcohol each respondent regularly drank. With those two key pieces in hand, they began to develop a stark picture of the differences between casual drinkers, heavy drinkers, and teetotalers.

What did they find? That higher levels of drinking were associated with lower levels of brain grey matter, which contains neuron cells (you want more grey matter, not less). According to the researchers, “alcohol explained up to 0.8% of grey matter volume variance.” And if you’re still looking for an out here, you won’t get it: “alcohol made a larger contribution than any other modifiable risk factor tested, including smoking,” the researchers explained.

Again, we wanna stress that this paper is not yet peer-reviewed. But its findings don’t bode well for your home bar, unless you’ve just given up on your deteriorating brain — especially after this last year — and would rather enjoy yourself a drink to take the edge off the world rather than the cognition to process it. In which case, we can’t blame you: Bottoms up.

Binge drinking got way worse during the pandemic