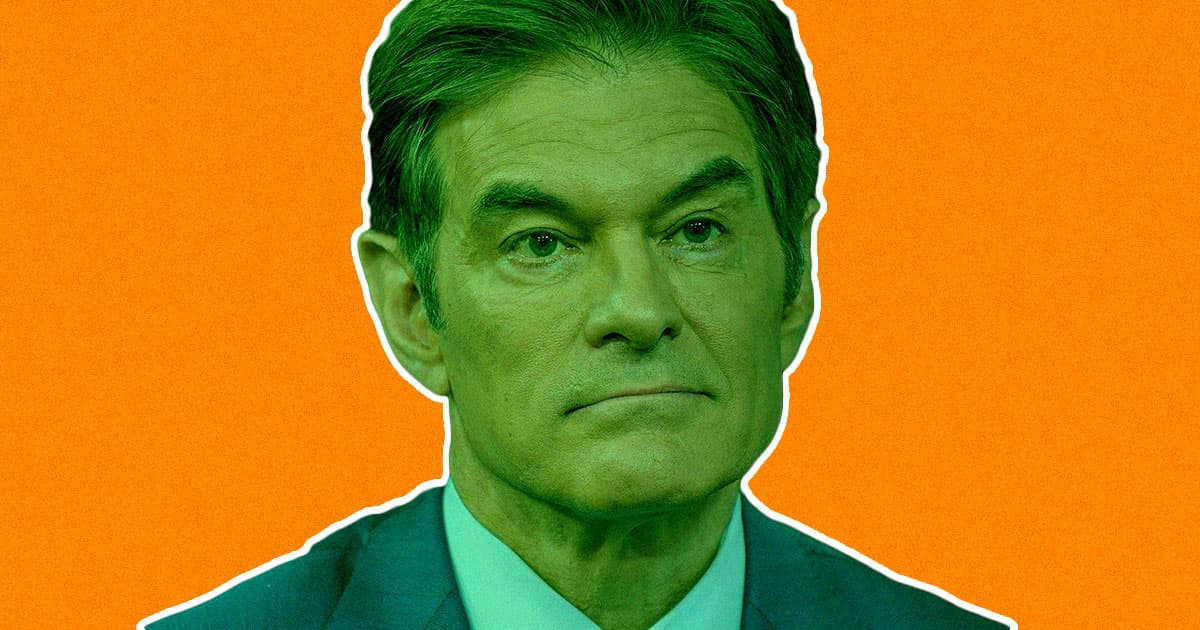 If you're unaware of the Pennsylvania veggie wars, let us recap: back in April, Oz released a widely-mocked video where, in an effort to criticize rising inflation rates, the candidate (who owns ten homes) lamented the apparently astronomical cost of building a "crudité" platter. Importantly, he also told the camera that he was at "Wegner's" grocery, which worked against him — Pennsylvania is home to many a grocery chain, including Wegman's, Redner's, and even Wenger's, but there are no "Wegner's" markets to be found.

Fetterman hit back, though not until August 15, when he took to Twitter to mock the grocery gaffe as out-of-touch and elitist.

Drama! And the war is far from over. On Tuesday, Insider published an interview with Rachel Tripp, Oz's senior communications advisor, who decided to throw another verbal punch — and hit Fetterman where it hurts.

"If John Fetterman had ever eaten a vegetable in his life," said the advisor, "then maybe he wouldn't have had a major stroke and wouldn't be in the position of having to lie about it constantly."

Obviously, that's a pretty horrible thing to say about someone who came close to dying.

"I had a stroke," Fetterman tweeted in response. "I survived it. I'm truly so grateful to still be here today. I know politics can be nasty, but even then, I could *never* imagine ridiculing someone for their health challenges."

Fetterman indeed suffered the stroke back in May, later confirmed by his doctor to be a result of atrial fibrillation — an irregular, abnormal heartbeat pattern — and cardiomyopathy, a disease that makes it harder for the heart to pump blood to the rest of the body. Basically, the politician's heart was beating quickly and irregularly, which caused a blood clot which, coupled with Fetterman's weakened heart, caused the stroke.

Now, forgetting the politics of it all, let's examine the "eat your vegetables" advice that Oz's campaign is pushing here. Starting with the obvious: vegetables are good for you. That checks out. Building from there, most of us are probably aware that certain foods, especially those high in cholesterol, aren't great for heart health.

These two truths (vegetables good, cholesterol bad) aside, there's not much widely-regarded, medically-accepted nutritional advice concerning How to Eat to Avoid a Stroke, beyond some of the classic lifestyle suggestions — exercise regularly, don't eat too much processed or fast food, maybe drink less alcohol, and so on.

And while individuals can develop heart conditions as the result of lifestyle choices, such diseases — including atrial fibrillation and cardiomyopathy — are often genetically inherited, and factors like stress, contracting viruses or infections including COVID-19, and literally just being tall, like Fetterman, can also cause either of these conditions. And none of those necessarily have anything to do with what you're eating.

That being said, it's also true that Fetterman, who knew of his heart problems, hasn't exactly taken care of himself in recent years — at least not according to his doctor.

"[Five years ago, I had] prescribed medications along with improved diet and exercise and asked him to follow up again in the following months," his cardiologist, Dr. Ramesh Chandra, recently wrote in a letter released by the Fetterman campaign. "Instead, I did not see him again until yesterday, John did not go to any doctor for five years and did not continue taking his medications."

"As a former daytime TV host, Dr. Oz exploited the hopes and fears of his viewers by promoting unproven, ill-advised, and at times potentially dangerous treatments," reads the letter. "He has made clear that he will put enriching himself above all else, even in instances where people's health is endangered."

So, yeah. Eat your vegetables, and maybe try not to be tall, okay, everyone? Oh, and also: maybe don't listen to Dr. Oz's medical advice. BRB, gonna go make a veggie tray.