H-how many lenses did you say there were? 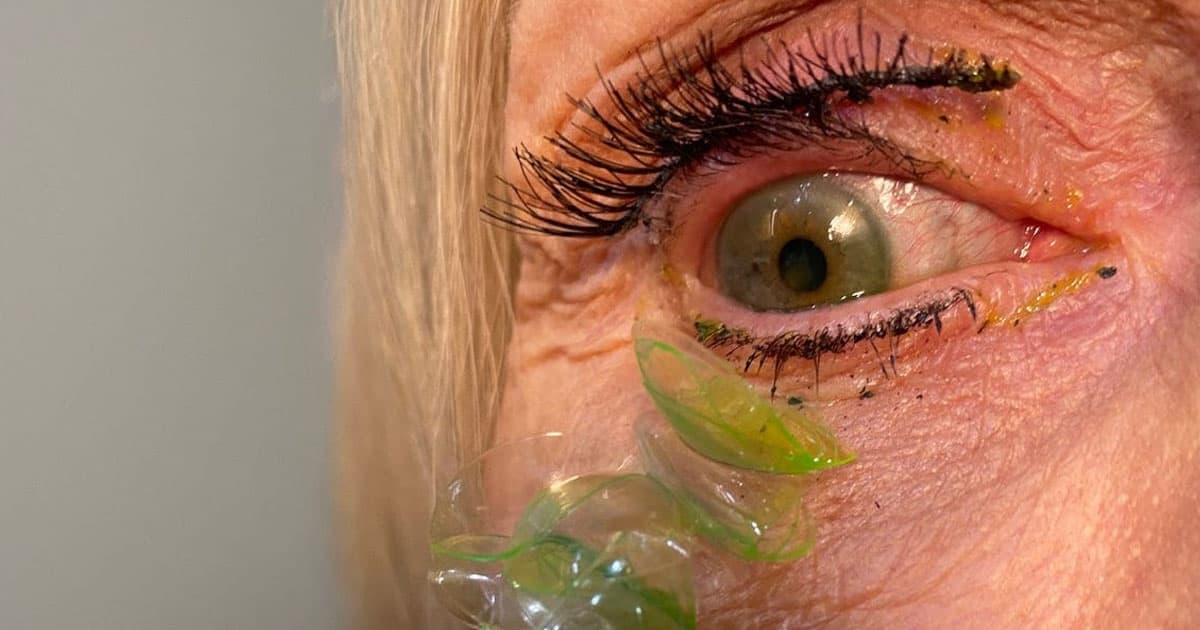 Sometimes, you leave your contact lenses in a little longer than you're meant to. What you probably haven't done is leave in a whole stack of lenses, letting them accumulate for weeks.

Katerina Kurteeva, an opthamologist based in Newport Beach, California, says she had to remove a whopping 23 contact lenses from the eye of a senior patient.

"A rare occasion when someone 'forgot' to remove contact lenses at night and kept on putting a new one in every morning," Kurteeva wrote in an Instagram post.

Documenting the gross-out procedure in a viral video last month, Kurteeva has since come forward to share more details for Insider.

According to her account, the patient, an older woman in her mid-70s, came in for a check up for the first time in two years because of pain in her eyes as well as blurry vision. Kurteeva suspected a stray piece of an old contact lens could have been the culprit, or maybe even damage to the patient's cornea.

With a little bit of anesthetic, Kurteeva began probing the upper and lower eyelids and didn't find anything except mucous.

It was only until Kurteeva used a speculum to keep the eyelids open and asked the patient to look down that she made the shocking discovery. Sensing it could be her "Guinness Book of World Records moment," she told her assistant to start recording.

"In nearly 20 years of practice, I had never seen anything like it," she told Insider.

"The patient couldn't believe it either and asked if I was sure about the number I was counting."

Because the lenses were stuck together, Kurteeva delicately removed them in clumps, and then tallied them afterwards.

According to Kurteeva, the video "went viral straight away."

"Optometrists from South America, Mexico, and Europe were using the video to educate people about making sure they take their daily contact lenses out of their eyes every single night," she added.

Thankfully, the patient hasn't suffered permanent damage to the eye, and, a month later, seems to be doing fine. But against her doctor's wishes, she's already wearing contacts again.

Moral of the story: take out your contact lenses before hitting the hay!