Chris Cuomo says the coronavirus is giving him bizarre hallucinations. 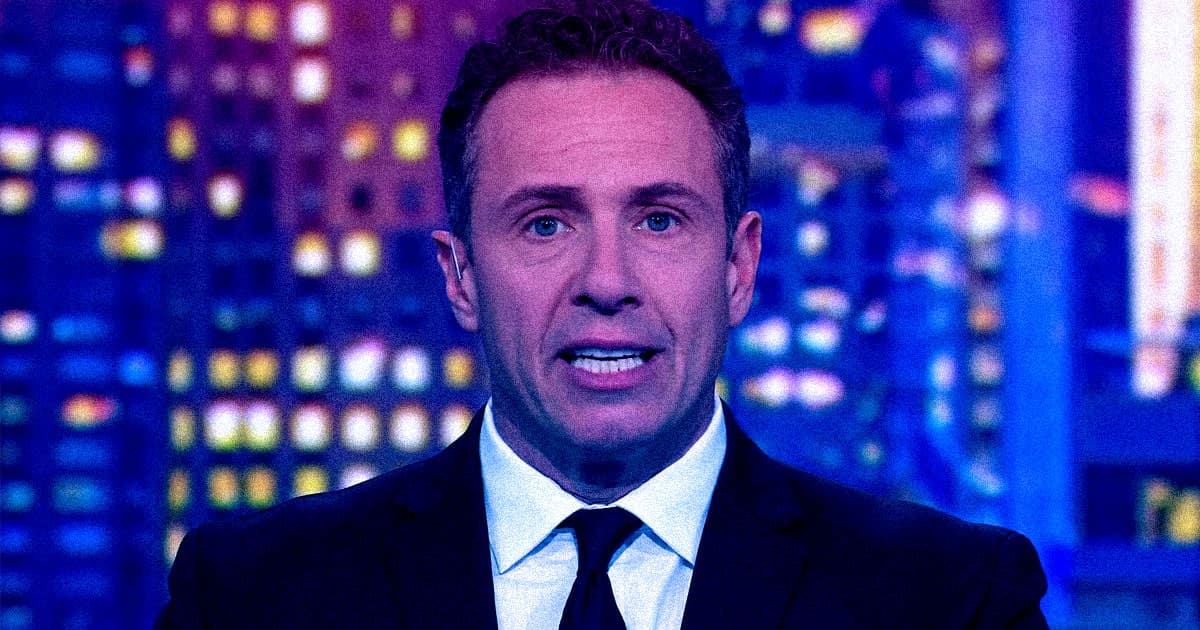 Chris Cuomo, CNN anchor and human embodiment of younger brother syndrome, says that he's been dealing with feverish hallucinations due to a case of COVID-19.

During an on-air update, Cuomo shared some of his more severe symptoms, which range from pain and fever to an unsettling amount of waking hallucinations, as spotted by RealClearPolitics.

Cuomo told fellow CNN journalist Anderson Cooper that he had been experiencing "wicked phantasmagorical experiences that are not dreams." Here's the clip:

"I will get pain in my face now, headaches, profuse sweating," Cuomo said on the air. "Literally my vision in my left eye is a little blurry from pressure, from sinus pressure and some manifestation of the virus. I've talked to several experts and clinicians in this and they all said it's a very common thing. And then you can't sleep because you have a fever."

For example, Cuomo said that he would look down at the foot of his bed and see his deceased father sitting there.

"When I say I saw my father sitting on the end of the bed I would have gradually raised my hand and testify to it under oath," Cuomo said. "Why? Because of the fever."

While not everyone who catches the coronavirus will start to hallucinate, hallucinations like the "phantasmagorical experiences" Cuomo described, as well as vivid dreams, are common side effects of a high fever.

"I wish I could have gotten this sooner so I could have told this stuff to people a month and a half ago and we could have broken this bubble that everything's going to be okay," Cuomo added. "But you don't want it, brother, I'll tell you that."

More on COVID-19: These Are the Symptoms of Coronavirus