Why CityMD Lets You Set Your "Owner" As Your Emergency Contact

Why did this NYC health clinic ask who my owner was? An investigation. 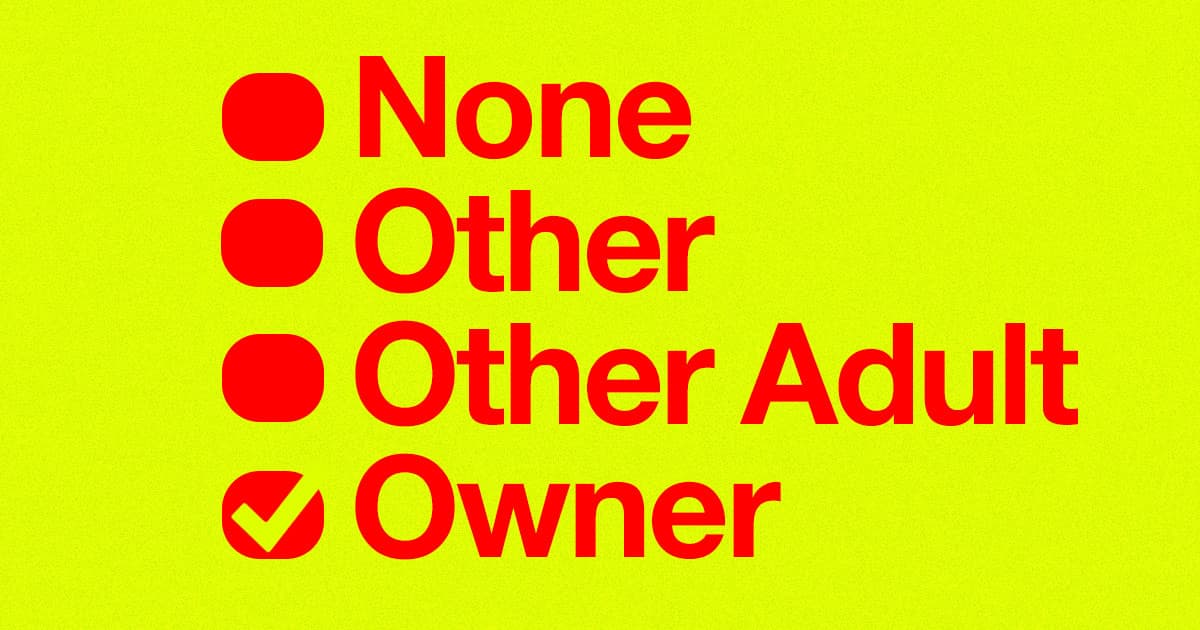 Like many residents of the Big Apple, I recently found myself at CityMD waiting to get my free COVID-19 nasal swab and antibody tests.

Because it was my first time at CityMD, an urgent care clinic that operates in New York City, I first had to get all of my info into the system and designate an emergency contact. There were a few unusual options in the drop-down menu of potential relationships I might have with my contact, but one stood out: "Owner."

Getting a coronavirus test at CityMD and i had to put an emergency contact in the system. I have one (1) question about these choices. pic.twitter.com/CXvA8Zf6cs

In any case, getting answers about how the option it into the software took nearly as long as it did to get my test results (which took 15 days and came back negative, thank you very much).

Eventually, we got answers. Long story short, the "owner" choice seems to have slipped under CityMD's radar for a long time. Multiple CityMD spokespeople told Futurism that no one had ever brought it to their attention before. So they had to do some sleuthing of their own. Their first guess, however, ended up being wrong.

"This is the first time anyone has contacted us about it," said spokesperson Joy Lee-Calio. "We believe it was a mistranslation of 'landlord' by the offshore developers that created the software. We've contacted them to help us eliminate any confusion in the menu."

Landlord makes more sense than "owner," at least, but the implications of that mistranslation left me with a bad taste in my mouth. Thankfully, the real reason is less troubling.

"Our initial assumption about the field referring to landlord was incorrect. That was a guess we made prior to speaking with our [electronic medical records] vendor," CityMD's Chief Marketing Officer Matt Gove later told Futurism.

Gove went on to explain that CityMD uses medical records software developed by a company called eClinical Works. After reaching out to the company, Gove learned that eClinical Works' other customers include healthcare companies for both humans and animals.

"The same list of emergency contact fields is available in all care settings that use the platform, hence the availability of it at CityMD even though it is not applicable," Gove said.

"Owner" makes more sense for veterinary clinics, but not much. Are the pets supposed to fill out their human's information? If I'm the one bringing my dog into the vet, then who is this mysterious other owner whose contact information I'm entering?

"Our partners at eCW are going to change the field to say 'owner of animal,' which should reduce/eliminate confusion," Gove added.

Gove was careful to say that he didn't want to speak on behalf of another company. But eClinical Works, as of this article's writing, never responded to Futurism's requests for an interview or comments. For what it's worth, I'm not really sure whether there are answers to questions I have for them.

Namely, why would I want my dog's owner to be my emergency contact? That sounds as helpful as contacting my "girlfriend's husband" or my "father's heir."

Those questions, I suppose, should be reserved for whomever actually ends up using the new option.