And Big Tobacco is already fighting back against them. 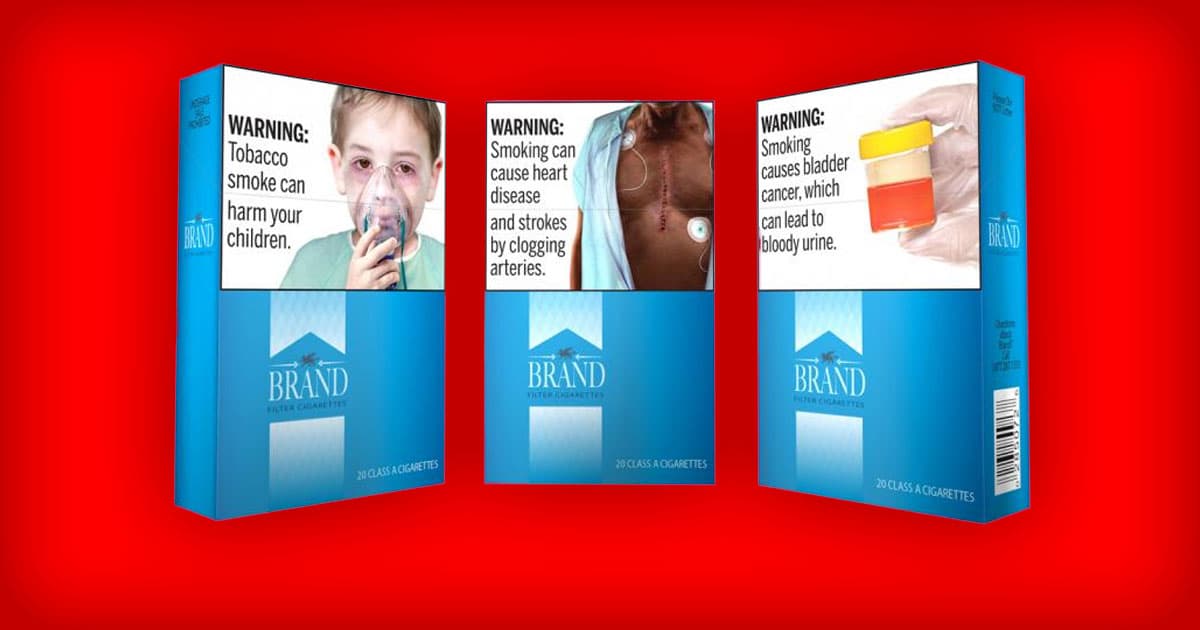 The Food and Drug Administration has a plan to deter cigarette smoking — and it involves photos of blackened feet with missing toes.

On Thursday, the agency proposed changing the packaging rules for cigarettes to include 13 new health warnings. Each of the warnings features a short statement and a realistic color image depicting a health risk of smoking cigarettes.

The aforementioned photo of a toe-less foot, for example, is accompanied by the text "WARNING: Smoking reduces blood flow to the limbs, which can require amputation."

Other warnings depict giant neck tumors, surgery scars, and containers of bloody urine. In a particularly disturbing warning about macular degeneration, a "Clockwork Orange"-style contraption holds open a person's eye while a needle appears ready to pierce it.

The FDA also proposed warnings focused on how a person's smoking habit affects those around them, including children, infants, and even sexual partners — one of the warnings reads "Smoking reduces blood flow, which can cause erectile disfunction" with a photo of a couple in bed.

The FDA is currently accepting comments on the proposed rule change. If it's adopted, manufacturers could be forced to display the warnings on their packages as soon as 2021, and they won't exactly be inconspicuous — each cigarette pack will have one of the warnings covering the top half of both its front and back.

But the grisly warnings may never actually appear on tobacco packaging.

According to an Ars Technica story, the FDA's 2011 attempt to add similarly graphic warnings to cigarette packages was foiled after tobacco companies successfully argued in court that the images were scare tactics that violated the First Amendment — and the tobacco industry is already pushing back against the new labels.

"We firmly support public awareness of the harms of smoking cigarettes," Kaelan Hollon, a spokesperson for tobacco company Reynolds American, told NPR, "but the manner in which those messages are delivered to the public cannot run afoul of the First Amendment protections that apply to all speakers, including cigarette manufacturers."

"[It] is important for FDA to focus on providing information that can produce health benefits for the public," Hollon added, "not merely reiterating well-known messages that smoking is dangerous, which the public already understands."

Acting FDA commissioner Ned Sharpless, however, disagrees that these dangers are common knowledge, telling NPR that "while most people assume, in this day and age, that the harms of smoking are pretty well understood by the public, this is not true."

Still, even if the public does understand what smoking does to a person's health, knowing about those dangers and seeing them in graphic detail every time you reach for a cigarette are two different things — and with cigarette smoking responsible for 480,ooo deaths in the U.S. every year, anything with the potential to get people to quit could be worth trying.

But before the warning labels can reach their first package, the FDA may have to once again battle Big Tobacco in court — and fighting against that global Goliath just may be the one thing more difficult than quitting smoking.