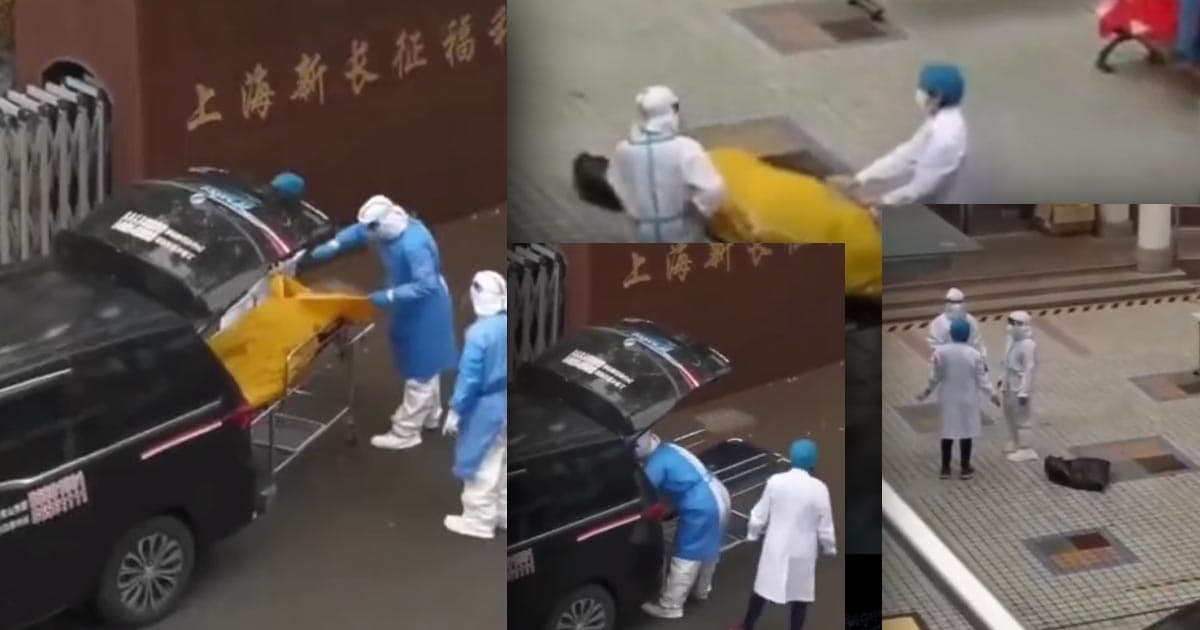 A new video circulating on Chinese social media shows workers in full protection gear unloading a yellow body bag from the back of a hearse in Shanghai — only to make the shocking discovery that the person was still alive and moving, CNN reports.

The footage, which has gone viral on Weibo, shows the nursing home resident's head poking out of the bag, presumably scaring the bejesus out of the employees.

A voice in the video can be heard saying that the "nursing home is such a mess," as quoted by CNN. "They sent a living person on a hearse and said they were dead. The undertaker staff said they were still moving... It is irresponsible, really irresponsible."

It's unclear if the person in the body bag had been infected with COVID-19, which is currently sweeping parts of China.

According to CNN, local authorities have launched an investigation. Three officials as well as the head of the nursing home have been fired.

Funeral parlor workers returned a body bag to a retirement home in Shanghai after opening it and realizing the person inside was still alive.

Five officials have been sanctioned and the doctor's license was revoked. pic.twitter.com/tucb6eJCkI

It's the latest sign that Shanghai's residents are going through a very difficult time right now. Given recent reports, the city has been plunged into chaos amid the latest outbreak of COVID, with government services and supply lines crumbling under the pressure of China's stringent "zero COVID" policy.

Shanghai has been in full lockdown for weeks now, with local residents reportedly struggling to buy food and being forced to quarantine inside their homes for extended periods of time.

There have also been reports of sick residents unable to access basic healthcare due to the logistical nightmare unfolding in the city of over 26 million people.

Countless residents have voiced their anger and discontent online throughout the city's lockdowns, finding new ways to sidestep China's censors.

The latest video has only added to those voices, with Hu Xijin, former editor-in-chief of the state-owned Global Times newspaper, arguing on his personal Weibo account that "this has nothing to do with the epidemic, or any kind of normal negligence and irresponsibility, this is a serious dereliction of duty that almost led to death," as translated by TIME.

READ MORE: 'What is going on in Shanghai': Horror as elderly man taken to morgue in body bag -- while still alive [CNN]