Okay, this is pretty cute. 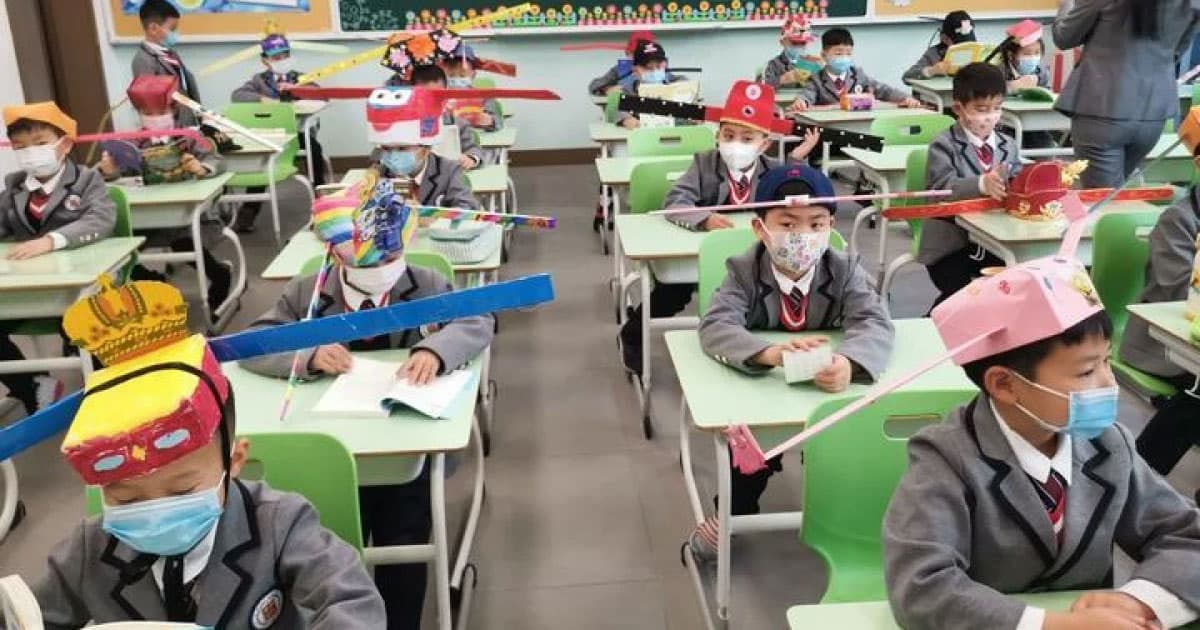 As China is slowly clawing itself back to normal after a devastating battle with the coronavirus, educators are getting creative to ensure that kids aren’t in danger of infecting each other in the class room.

First graders back to school in Hangzhou, with social distancing headgear

The long horizontal plumes on Song Dynasty toppers were supposedly to prevent officials from conspiring sotto voce with one another while at court—so social distancing was in fact their original function! pic.twitter.com/0AOKsWE1xH

The oddly-shaped, meter-wide hats are reportedly inspired by “the long horizontal plumes” during the Song Dynasty according to a recent tweet by Duke University professor Eileen Chow, and “were supposedly to prevent officials from conspiring [under their breath] with one another while at court.”

“So social distancing was in fact their original function!” Chow added.

“As children can see and feel these hats, and when the ‘wings’ hit one another, they may be more able to understand the expectations and remember to keep their physical distance,” Ian Lam Chun-bun, associate head of the department of early childhood education at The Education University of Hong Kong, told The South China Morning Post.

Other visual aids such as footprints stuck to the floor also make sure that school children don’t get too close to each other.

READ MORE: Coronavirus: Chinese school gives pupils a hat tip to teach them how to keep their distance [The South China Morning Post]