In China, Hazmat Teams Are Searching Flights For Deadly Outbreak

It's a desperate attempt to prevent a global pandemic. 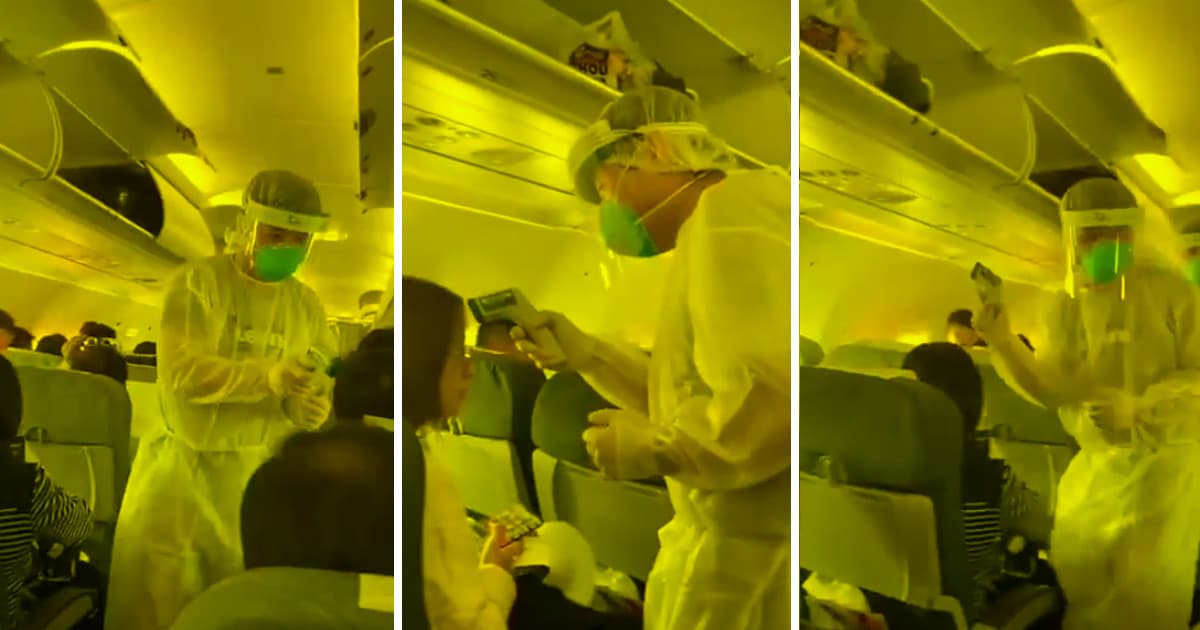 Now that Chinese officials have confirmed that the mysterious pneumonia-like virus known as 2019-nCoV can spread between humans, the government is taking extra precautions to curb the outbreak.

That includes sending teams in hazmat suits onto airplanes to go down the aisle and scan passengers for the disease, Business Insider reports. The government has started taking the temperatures of passengers leaving the city, according to a video tweeted by reporter David Paulk, in a desperate attempt to prevent a global pandemic.

passengers screened for coronavirus symptoms on a domestic flight out of Wuhan pic.twitter.com/ytUbVzpYRZ

The disease has already spread to Japan, Thailand, and South Korea, as well as various other parts of China, BI reports. As of Tuesday, the disease has infected hundreds and killed six people in Wuhan alone, drumming up new concerns that it could become as dangerous an epidemic as SARS was in 2003.

To prevent an outbreak in the U.S., the U.S. Centers for Disease Control announced last week that it would also conduct screenings on flights from China to New York, Los Angeles, and San Francisco, according to BI.

Compare to how it initially tried to cover up the SARS epidemic, the Chinese government appears to be acting much more transparently while trying to prevent 2019-nCoV from spreading, according to The Associated Press.

Because the Chinese New Year is on Saturday, government officials have been placed on high alert and have been sending out plenty of warnings and resources for any tourists and travelers, lest they show up and make things even worse.

More on the outbreak: Experts Were Wrong: Chinese Virus Is Spreading Between Humans

6.18.22 Studies
Scientists Say They're Honing in on a Pill You Can Take Instead of Exercising
5.03.22 Developments
Chinese Nursing Home Brings Resident to Morgue While Still Alive
4.24.22 Developments
COVID Cases Keep Rising in China in Spite of Huge Crackdown
4.21.22 Developments
Censors in China Are Having a Hard Time Silencing All the Rage Right Now
4.17.22 Cancer
More Than a Hundred Graduates of a Particular High School Got Rare Cancers