Investigators found traces of synthetic marijuana — not the advertised CBD — in the vapes. 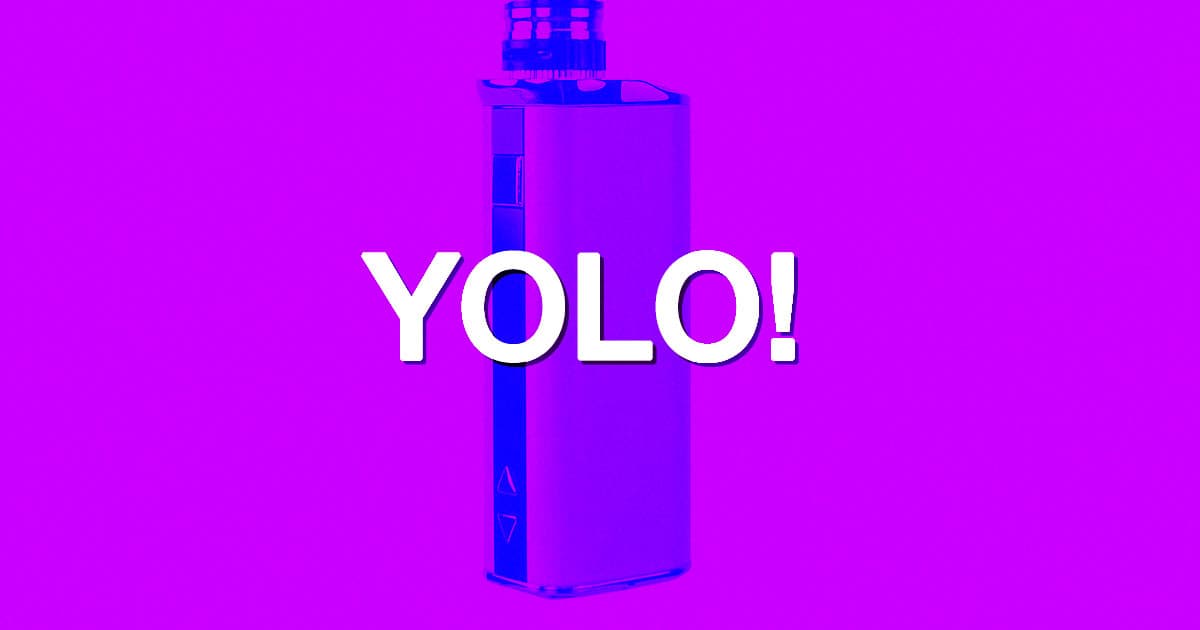 Vapers got more than they bargained for in Utah, according to a new investigation by the Associated Press.

By the end of 2018, 50 Salt Lake City-based users of an e-cigarette product called Yolo! — short for "you only live once" — that was advertised to contain CBD, the non-psychoactive ingredient in marijuana, experienced "an intense high of hallucinations and even seizures," the AP reported.

Utah state investigators found traces of K2 and other synthetic marijuana compounds, which are nasty drugs linked to dangerous psychosis and even death, in Yolo!'s vape products back in 2018. According to AP, the advertised CBD wasn't present at all.

The investigators have been going after the elusive Yolo! company for years — its owners were hard to track down and the company's name changed at least once — but the hunt stopped short, with the U.S. Drug Enforcement Agency focusing its efforts on the developing opioid crisis instead.

But reporters did find a hot lead: former Yolo! business partner and roommate Katarina Maloney. She claimed in an August interview that all products left the company's facilities "100 percent compliant with all laws."

The news comes after the Center for Disease Control found that a recent outbreak in lung injuries or “vape disease” was associated with vaping. The latest estimates suggest that there are currently more than 1,000 cases of the mysterious illness.

Representatives from Yolo! and its parent company have yet to respond to requests from AP.

More on CBD: Some CBD Tainted With Substance That Causes Death, Comas, Insanity