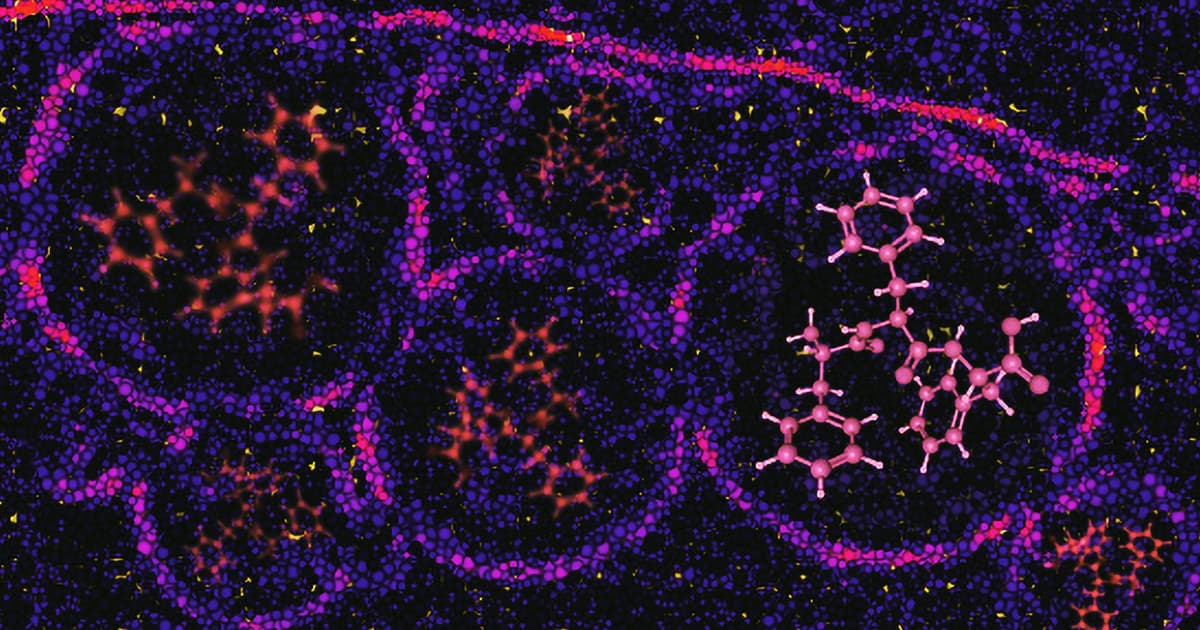 New fluorescent nanotech seems to be able to hunt down and coat cancer inside the body, painting the tumors a brightly glowing hue that makes them easier to spot.

Scientists at Imperial College London designed these nanoprobes, specifically called bioharmonophores, to target cancer cells and glow in a way that stood out from how regular tissue is illuminated by medical imaging tools, according to research published in the journal ACS Nano. By building a tool that makes cancer easier to spot, the scientists behind the development are hoping that diagnosis for human patients becomes both simpler and more accurate down the road.

The study itself only looked at zebrafish embryos — scientists first injected the embryos with cancer cells and then with the bioharmonophores that hunted them down a day later — but they suspect that the technology could be useful for human cancer patients too.

"Bioharmonophores could be a more effective way to detect tumors than is currently available," Imperial College London bioengineer Periklis Pantazis said in a press release. "They uniquely combine features that could be great for cancer diagnosis and therapy in clinical practice and could eventually improve patient outcomes following further research."

Bioharmonophores aren't the first fluorescent tools or even the first kind of nanotech to target cancer cells, but other forms of nanoprobes are harder to distinguish from tissue and tend to fade quickly. Other nanoprobes are also less precise, meaning they tend to bind to both tumors and healthy cells.

"It is very important that tumor nanoprobes highlight cells specifically and clearly for cancer diagnosis," Pantazis said in the release. "Our proof-of-concept study suggests that the very bright bioharmonophores could be powerful tools in diagnosing cancer and targeting treatments in the coming years."

6.28.22 Developments
Study Finds That Weed Puts You at Higher Risk for Hospitalization
6.22.22 Studies
If You Can't Stand on One Foot for Ten Seconds, Doctors Have Bad News
6.06.22 Cancer
Scientists Intrigued by Treatment That Put Every Single Patient's Cancer Into Remission
4.21.22 Studies
New Study Claims That Antidepressants Don't Lead to Better Quality of Life
4.18.22 Cancer
Scientists Say They Partially Destroyed Tumors With Sound